The Worshipful Company of Actuaries explained

The Worshipful Company of Actuaries (WCA) is one of the 110 livery companies of the City of London, and all actuaries (Fellows and Associates) are welcome to join. However, there is some mystery over what exactly a livery company is and does, and so hopefully the following questions and answers will dispel this and encourage you to consider joining.

What exactly is a livery company?

Livery companies, some of which date back to the 12th century, were originally the regulators of trade in the City of London and also looked after their members in sickness and old age. Today, livery companies still support trade, as well as education and charity.

What does the WCA do?

We focus on three areas: charity (raising money and volunteering), the City (taking part in the traditions of the City), and community (meeting with other actuaries and having fun – the two not being mutually exclusive).

Does the charitable work compete with the new IFoA Foundation?

No, the two charities work together and support different causes.

Is the WCA purely London-based?

No – we have members from all over the world, and not all of our meetings are in London. Additionally, the
charities we support are based throughout the UK.

Do I have to be invited to join?

No, you can apply directly and we will help you along the way, including guiding you through the process of getting the Freedom of the City of London.

How many members do you have?

Is the WCA religious?

No, we are a diverse group covering many beliefs and faiths.

The WCA is delighted to announce that the Autumn Livery Dinner will take place at Painters’ Hall on Thursday 14 October.

This will be the first in-person dinner since the dinner at Goldsmiths’ Hall in January 2020. Painters’ Hall is a venue the WCA have used many times in the past, the last time being in 2016.

The Master’s principal guest will be Mr Shaun Fenton OBE, headmaster of Reigate Grammar School and past chairman of the Headmasters’ and Headmistresses’ Conference.

His experience in senior schools and turning around state schools has been underpinned by a strong belief in the power of education to open doors of opportunity.

Fundamental to Shaun’s approach to education is the conviction that young people must be supported by the very best pastoral care to enable them to embrace and achieve academic and extracurricular success. This approach has led to Reigate Grammar winning numerous awards for its pastoral care and community outreach, and being named UK School of the Year in 2020.

Shaun’s passion for education is equalled by his love of sport, drama and music. The latter may well have come from his late father – the rock musician Alvin Stardust.

The cost of dinner is £110 per person and members are welcome to invite their spouse or partner as their guest if they wish. The dress code is black tie, and timings are 6.45pm for dinner at 7.30pm. Please book using the booking form in the September newsletter. Booking will close on Friday 1 October. 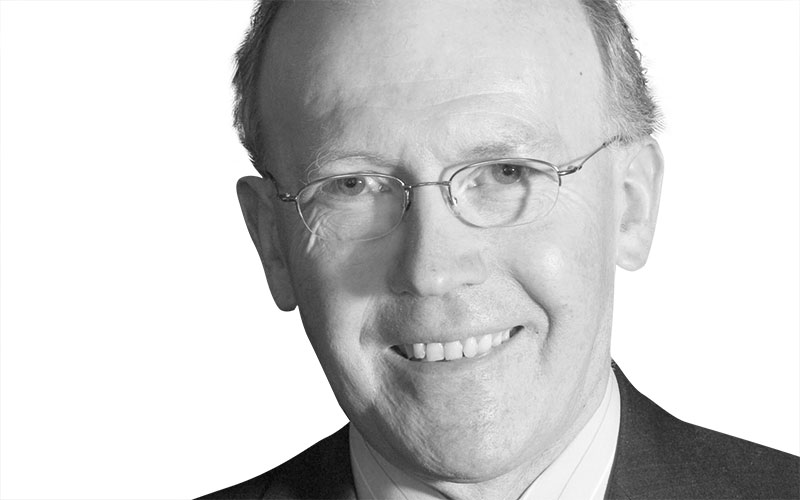 Considered, impeccable guidance, dispensed with the driest of wit, is my abiding memory of John Hylands, who died on 5 August at the age of 69. Said in a deep bass voice, “John Hylands” was his concise, friendly phone greeting – one that spoke of a musical background and engendered well-placed confidence that help was at hand.

After a BSc in mathematics, John became a teacher in Falkirk, and a few years later decided to pursue an actuarial career. Conveniently located between Glasgow, Stirling and Edinburgh, he applied to companies in all three. Some felt that, at 27, he was too old – but Standard Life decided otherwise, having calculated that the discounted present value of his future contributions would exceed any past service liability.

John qualified three years later and moved from pensions to the life side of the business, where he pioneered the ‘fair deal’ pricing structure that broke the link between commission and charges and
led to an era in which customers’ interests became paramount.

He was generous with his time, acting as a tutor and examiner, co-authoring a textbook – Product Pricing in Life Assurance – and serving as vice president of the Faculty and multiple terms as chair of the Education and CPD, Life, and Management Boards. He thus influenced for the better the actuarial work and careers of many who never met him in person.

After retiring as group finance director of Standard Life in 2007, John took on a varied portfolio of directorships in the industry, served as chairman of the Board of Governors for St Aloysius’ College in Glasgow, and was a trustee of the Royal Conservatoire of Scotland and of the Archdiocese of St Andrews and Edinburgh.  John is survived by his wife, Janette, and their children, John and Katherine.

Two tributes have been established in recognition of the time and contribution John Hylands made as chairman of governors of St Aloysius’ College.

The John Hylands Memorial Prize for outstanding achievement in advanced mathematics was created by a donor, with the first award being made to a pupil who is going to study engineering at Oxford University.

The John Hylands Memorial Scholarship will also be established, with the aim of offering a place in the Senior School to a pupil from a local primary or secondary school who displays an exceptional talent in mathematics, but for whom the cost of school fees is a barrier to an academic independent education. Find out more about the scholarship at bit.ly/JFH_scholarship

Hymans Robertson has promoted Callum Stewart to head of defined contribution (DC) investment. Stewart, who initially joined Hymans Robertson in 2015, brings 13 years’ experience in the pensions industry to the role, and is an IFoA Fellow. In his new role, he is responsible for DC master trust and single-employer clients, and will be actively involved in driving the firm’s approach to climate change and responsible investment.

EY has announced the promotion of Ed Bujok-Stone to associate partner in life actuarial in the financial services team. He has been at the company since 2010 and heads up the financial services consulting in the South West region, as well as the role of chief innovation officer in EY’s EMEIA insurance risk and actuarial services team. A qualified actuary, Bujok-Stone has strong experience in modelling and systems, insurance investments and retirement solutions.

Nico Aspinall, chief investment officer of the People’s Pension, is set to join Connected Asset Management to lead its sustainable investment strategy. An IFoA Fellow, Aspinall previously headed up global investment at B&CE. Before that, he briefly worked as an independent consultant, having been head of UK DC investment consulting at Willis Towers Watson, where he designed and implemented the investment proposition for the LifeSight master trust.

Dynamic Planner has announced the appointment of Steph Willcox as head of actuarial implementation. Willcox has spent her career working across pensions, tax and insurance, focusing on stochastic modelling for the past 10 years. She is an IFoA Fellow and part of an actuarial working party focused on personal financial planning. Willcox will lead the actuarial responsibilities of investment services, and be responsible for ensuring the software represents future events and is in line with mathematical and actuarial principles and the asset risk model.

This article appeared in our October 2021 issue of The Actuary.
Click here to view this issue
Filed in
People & Social News