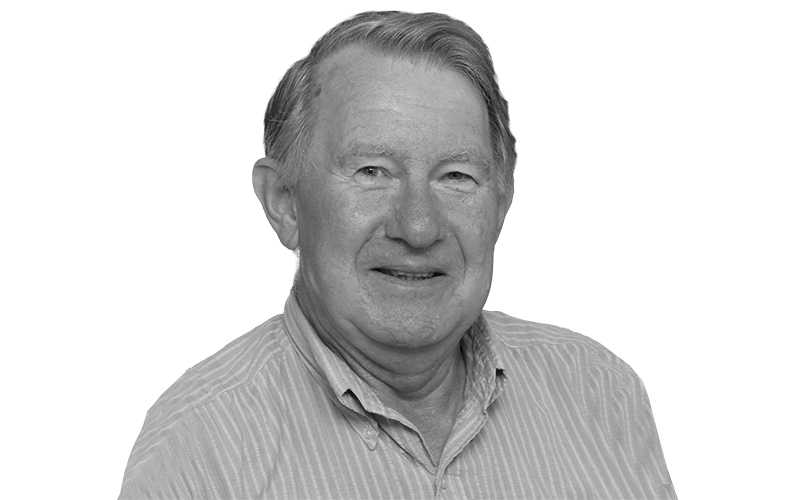 Nick Taylor was born in Harrow and educated at Sherborne School. He spent the first 25 years of his career with Clerical Medical, qualifying as a Fellow of the Institute of Actuaries in 1969.  Soon after this, his service to the actuarial profession began, with the Institute of Actuaries Students’ Society. He was a member of the Society’s committee from 1975-81, and served as honorary secretary from 1979-81. The Society later changed its name to SIAS, the Staple Inn Actuarial Society. During his time on the committee, the Society launched a magazine for its members, Fiasco, which was, of course, relaunched as The Actuary in 1990.

Nick also served three terms, totalling 16 years, on the Council of the Institute of Actuaries. He was honorary secretary from 1985-87 and a vice president from 1990-92. Nick was also one of the founders of the profession’s Life Convention in 1985.

After a brief spell with a large consulting firm, Nick set up his own specialist practice in the West Country. He remained fully involved with the life of the profession, both locally (including with the Bristol Actuarial Walking Society) and beyond. He was a Liveryman of the Worshipful Company of Actuaries and a regular attendee of the 59 Club, the Gallio Club and the Actuaries’ Club. He also returned to SIAS as chairman from 2000-02.

Nick was a keen musician. Having started playing the trumpet at school, he played with several ensembles throughout his career – including the Insurance Orchestral Society – and remained a member of the local orchestra’s brass section.

Nick is survived by his wife Janet, four daughters and five granddaughters. 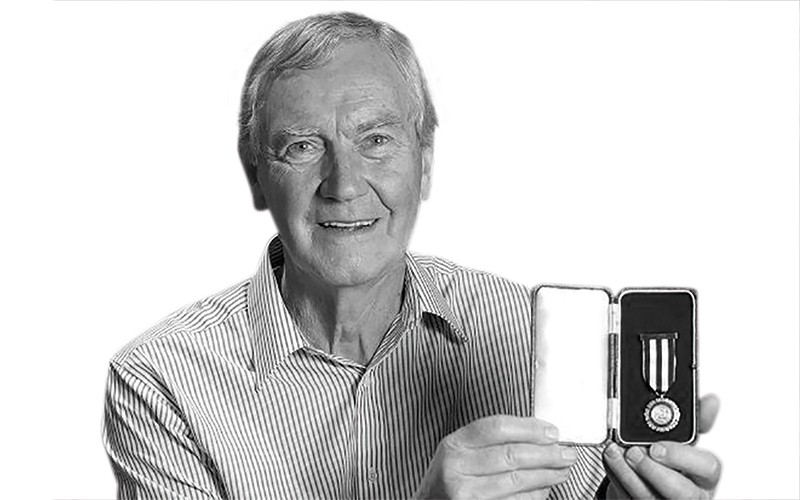 By Ian A Farr

J Hunter Devine, who died at the age of 85 on 6 December 2020, had been chairman of Aon UK, and from 1995-97 was chairman of the Association of Consulting Actuaries.

Having been educated at Lenzie Academy, where he was Dux, he joined the Scottish Amicable Life Assurance Society in 1952. An outstanding amateur footballer, he carried out his actuarial studies while also playing for Queen’s Park FC and Corinthian Casuals, which culminated in his representing Great Britain in the 1960 Tokyo Olympics. While being an Olympian was one of his proudest achievements, not far behind was the remarkable hat-trick of goals he scored in a Scottish First Division match in 1957 for Queen’s Park against Glasgow Rangers – tarnished slightly in his eyes by the final score, which was 6-4 to Rangers. And so it was 1964 when he qualified as an actuary.

He was then appointed as London Secretary of Scottish Amicable, looking after major pension clients – a position in which he served until 1975. Like many life office pensions actuaries before and after him, he decided to become a consulting actuary and to accept an offer he had been made by Leslie & Godwin. There he remained for the rest of his actuarial career as the company grew and became Godwins; in 1993 he became its chairman. Following the merger of Godwins and Alexander Clay in 1997, he became chairman of Aon UK.

In retirement, his eye for a ball was maintained on the golf course, where he played off a low handicap at Hindhead Golf Club and became its chairman. His congenial company was always sought out and enjoyed at golfing events and dining tables. 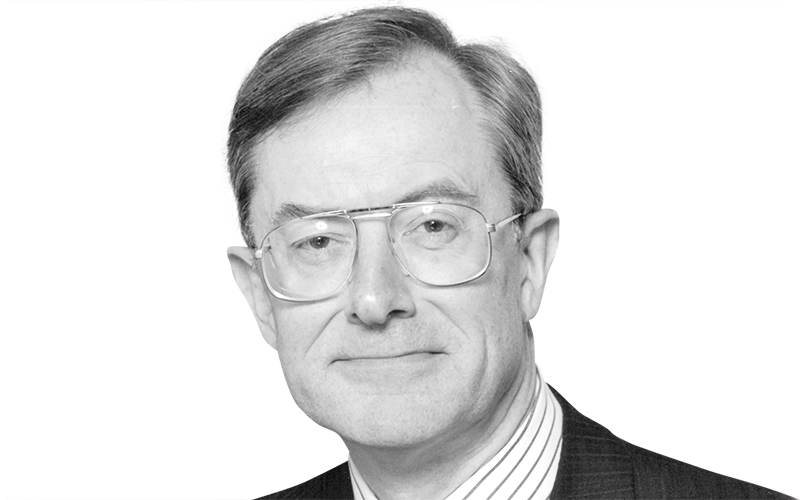 Michael Hepher, who has died aged 77, was a leading actuary in business. He held a variety of roles in life insurance and also spread his wings into wider business leadership.

Unusually, Michael decided on an actuarial career while at Kingston Grammar School, so joined a life insurer (Provident Life) straight from school rather than pursuing higher education. At the age of 22 he seized the chance to work overseas and went to Toronto to work for Commercial Life, where he immersed himself in a managerial role at a small life company before joining Maritime Life, where he soon took on the role of chief executive. By then a Canadian citizen, he was headhunted back to the UK by Abbey Life, where he became managing director.

Abbey became part of the Lloyds banking family, taking in other insurance subsidiaries, Lloyds broking arm and even its estate agencies. Michael ran this group until he was again approached for a move – this time to BT, the then relatively recently privatised company responsible for the largest phone market in the UK; he became managing director in 1992. When I interviewed him for The Actuary on his appointment, he boasted of having a “very extensive electronic mail system. I can prepare a circular and dispatch it from the PC at my desk to all the line managers.”

Michael then returned to finance, joining Charterhouse as chief executive in 1996, and stayed involved with the profession, joining the Actuaries Club and becoming chair of consulting actuaries Lane Clark & Peacock. 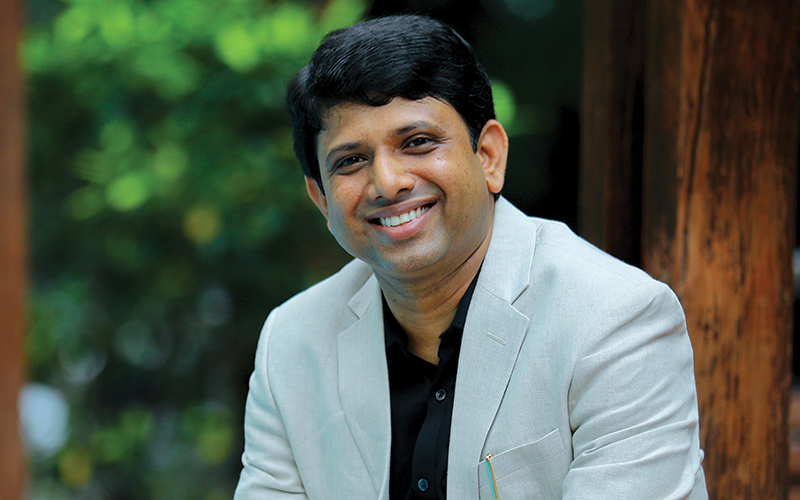 At the time of going to press we were saddened to hear of the passing of Council member Mahidhara Davangere. Mahidhara was an active member of the actuarial profession. He also sat on the Editorial Advisory Panel of The Actuary, and was interviewed for the September 2019 issue; you can read it at bit.ly/3ykZ92u

We pass on our deepest condolences to his family and friends. A longer obituary will follow in the July issue of The Actuary.

It is with great regret that we announce the death of the following members. We offer our condolences to their families, friends  and colleagues.

Mr Hugh Hinksman, who was based in the UK and became an associate in 1964, has passed away aged 90

Mr Andrew Jamieson, who was based in the UK and gained fellowship in 2001, has sadly passed away aged 92

Mr Peter Parker, who was based in the UK and gained fellowship in 1963, has sadly passed away

What's on the web

We have been delighted by the response to our Great Risk Transfer report (bit.ly/3hEdHUO), which has received some excellent pick up.

@jjonesTUC Great report from @actuarynews – in so many areas risk has been passed from govts and institutions to ordinary people. We don’t just need to give these people tools to manage risk, we need to push some of it back to institutions that can bear it better

@AdrianBoulding My observation from 40 years as an actuary is that risk tends to be borne by the person/company/government who least understands its true cost at any point in time. Great report now out by @actuarynews

@pensions_expert The IFoA has proposed a number of measures to tackle the so-called ‘great risk transfer’, among which is a call on the government to emphasise the benefits of CDC schemes as an alternative to traditional DC pensions – on.ft.com/3neKLU5 @actuary news

Council elections are now open. Read four Council members’ thoughts on why you should vote

This article appeared in our June 2021 issue of The Actuary.
Click here to view this issue
Filed in
People & Social News