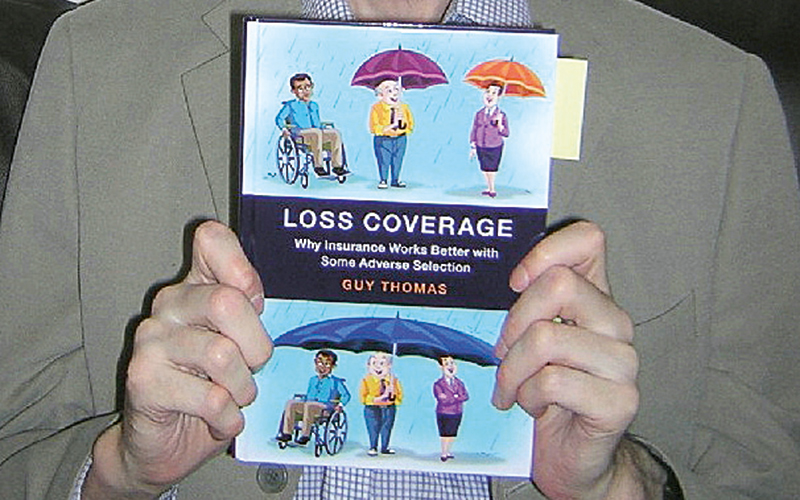 Guy Thomas, honorary lecturer in actuarial science at Kent University’s School of Mathematics, Statistics and Science, has recently been awarded the Kulp-Wright Book Award 2019 for his book Loss Coverage: Why Insurance Works Better with Some Adverse Selection. The prize, awarded annually by the American Risk and Insurance Association since 1944, is intended to recognise the most significant risk management and insurance book published each year.

“Sales to date are less than 2% of those for my previous book Free Capital, but I believe that Loss Coverage is a more important book,” said Guy. “In many insurance markets, new technologies are facilitating a trend towards increasing granularity in risk classification. The concept of loss coverage is relevant wherever policymakers and regulators need to assess the effects of this trend, and whether limits on risk classification may be needed for the benefit of society as a whole.”

Win with words at a discount 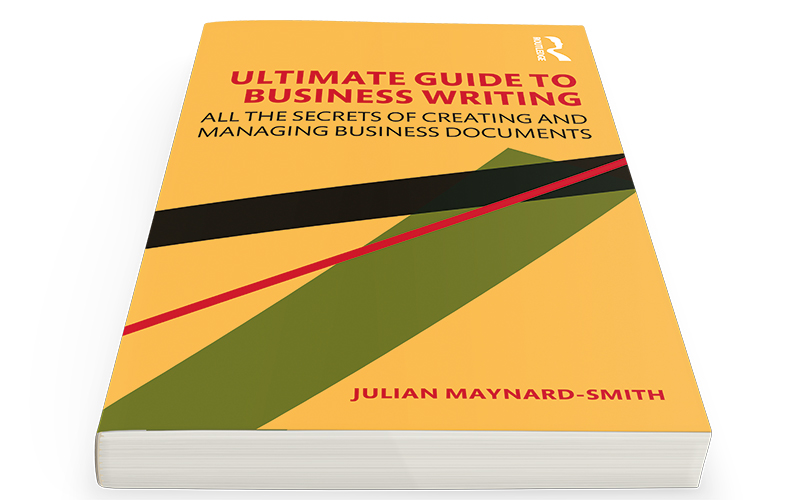 The Actuary features ‘Winning with words’ (bit.ly/JMSWinningWords) and ‘Template for success’ (bit.ly/JMSTemplateSuccess) were both excerpts from Ultimate Guide to Business Writing, which members can now buy with a 20% discount.

The book is ideal if you need to write any kind of business document, explaining all the steps – from determining objectives to creating glossaries and indices to proofreading and working with reviewers.

The book is also rich in anecdotes, humour, visual aids, and practice examples drawn from real life. But the advice isn’t just practical and anecdotal: it’s also rigorously supported by scientific evidence from notable linguists and psychologists such as Steven Pinker, Daniel Goleman and Yellowlees Douglas. Anyone keen to explore further will benefit from the bibliography and links to videos and other online resources.

To buy your copy at 20% off the recommended retail price, go to tinyurl.com/UltimateGuideRoutledge and use the promotional code THEACTUARY. The offer applies until September 2021.

It is with great regret that we announce the death of the following members. We offer our condolences to their families, friends  and colleagues.

Mr John Devine, a Fellow based in the UK, passed away aged 85

Mr Charles Philip Clegg, a Fellow based in the UK, passed away aged 71

Mr Andrew Cox, a Fellow based in the UK, passed away aged 42

Mr David Lindsay, a Fellow based in Scotland, passed away aged 70

From maths to music 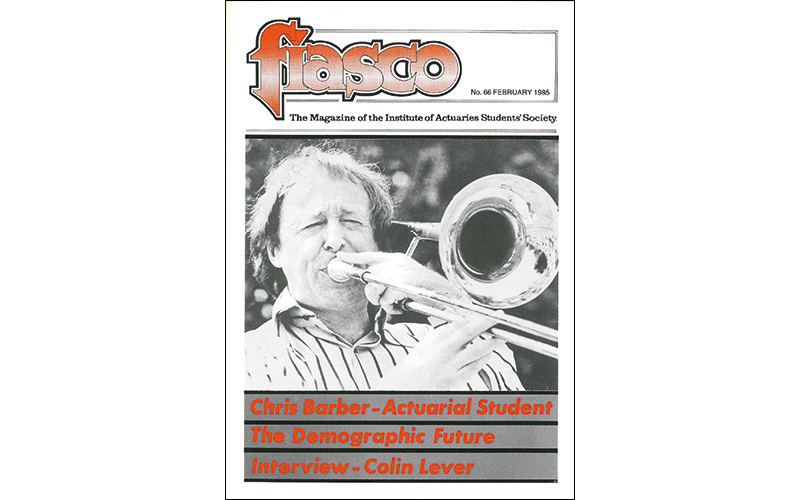 Chris Barber, one of the leading figures in British and European jazz, whose music helped usher
in the era of The Beatles and The Rolling Stones, has died at the age of 90.

It is a little known fact, however, that he was also once an actuarial student – although he dropped out, and was very modest about his mathematical ability in an interview he gave to Fiasco, The Actuary’s forerunner, in 1985.

As a champion of ‘trad jazz’, he was a seminal influence in the 1960s rock scene, having covered Leadbelly’s ‘Rock Island Line’ with Lonnie Donegan in 1954. Lyricist Sir Tim Rice paid tribute, acknowledging Barber’s “formidable influence” and calling him a “star player”.

This article appeared in our April 2021 issue of The Actuary.
Click here to view this issue
Filed in
People & Social News