A new approach to Practising Certificates

The IFoA recently consulted on proposed changes to the Practising Certificates Scheme to make it simpler, fairer, more proportionate and more effective. 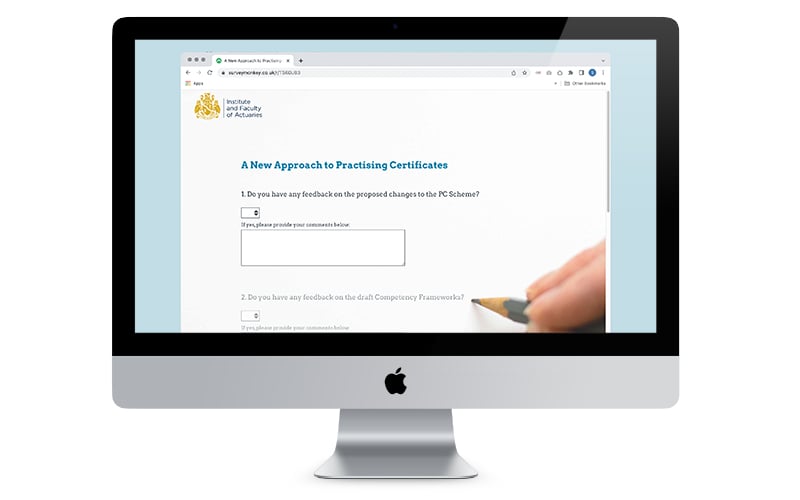 The new scheme has now been published, along with a summary of the consultation outcome, at bit.ly/PracCert. The key changes proposed include a switch to a competency-based criteria and more focus on initial applications, with a lighter-touch approach to renewals.

Responses to the consultation were positive and indicated strong support for change, with 89% of the 104 respondents either agreeing or strongly agreeing that the proposed changes were an overall improvement to the scheme.

Draft Competency Frameworks have also been published. The new Practising Certificates handbook, setting out the detailed processes and procedures, will be published in the spring, along with the new application forms and confirmation of the dates and transitional arrangements for implementation of the new scheme.

In addition, more details on the changes being made to the UK Practice Modules, which are one of the requirements for a Practising Certificate, have been published at bit.ly/PracMod.

Feedback on the details of the new scheme can be given at bit.ly/PracCertFB Comments should be received no later than 21 March to make sure we are able to take them into account before publishing the final details.

This article appeared in our March 2022 issue of The Actuary.
Click here to view this issue
Filed in
News