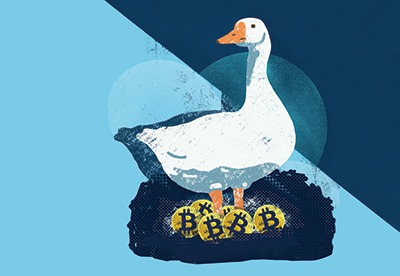 Crypto-assets experienced a bubble in 2017, which led to a 90% peak-to-trough correction in 2018 - and many rushing to declare crypto-assets dead. Nevertheless, its market capitalisation stands at $180bn and has grown 2,000% in the past three years alone. With year-to-date returns around 50% as of May 2019, crypto is on track to be the best-performing asset class of the year and is clearly here to stay.

Bitcoin, like most crypto-assets, can be understood as a financial social network operating on a decentralised database management system. This network relies on positive feedback loops like those in social media networks. Those who disregard crypto-assets fail to realise that the world is changing: the backbone of crypto is a strong trend towards decentralisation and against the status quo. This trend is likely to live on, regardless of which crypto projects survive.

Present, past and future

Bitcoin's fundamentals are strong and improving (the focus here is on bitcoin, as it represents more than 50% of the crypto-assets market, and its fundamentals serve as proxy for crypto as a whole). On the supply side, the hash rate (computational power) securing the bitcoin network has increased 40-fold since 2016. On the demand side, the number of bitcoin transactions increased 97% in the same period, and the number of unique addresses is up 38%. Unique addresses are a proxy for users, employed to value bitcoin by means of Metcalfe's Law, which states that the value of a network is proportional to the square of the number of users. Furthermore, according to the Cambridge Centre for Alternative Finance, total user accounts at crypto service providers exceeded 139 million as of Q4 2018, with at least 35 million identity-verified users. The latter group doubled in 2018.

Critics argue that bitcoin lacks intrinsic value - capacity to generate value without relying on the economic value that market participants may assign to it. Cashflows or industrial utility provide assets with intrinsic value, which is real regardless of perceptions. For example, gold's intrinsic value is derived from its industrial applications. However, gold trades considerably above its intrinsic value, with most demand being speculative. Currencies are usually valued relative to other currencies based on interest rate differentials and other macroeconomic variables. They arguably do not have intrinsic value, but they do have fiduciary value.

Bitcoin is produced as a commodity via bitcoin 'miners', but it is traded and used as a currency - just as gold once was (and still is, in some cases). From this perspective, one can argue that bitcoin, like currencies, has no intrinsic value. Beyond its currency-like characteristics, though, bitcoin has intrinsic value as a database management system.

Macroeconomic trends may also underpin bitcoin as political support for Modern Monetary Theory (MMT) grows. This theory argues that public fiscal deficits have no negative effects on countries that can borrow in their own currency, and that central banks should thus be used to finance government deficits directly. MMT is gathering steam, having been endorsed by financiers such as Ray Dalio. However, implementation of MMT would likely lead to de-anchoring of inflation expectations, and, past a certain point, hyperinflation, as laid out by Larry Summers. Hyperinflation would undermine trust in central banks, which would make assets such as gold and bitcoin flourish.

Crypto as an investment

For various reasons, crypto-assets can be of great interest to actuaries and to the insurance industry more broadly. From an asset allocation perspective, crypto-assets can be used to increase returns and diversify traditional portfolios, as correlations with risk assets such as the S&P 500 fluctuate around zero. The crypto market may offer abnormally high returns to sophisticated investors due to its nascent and inefficient nature - currently, about 93% of all crypto market participants are retail investors, an extremely large proportion compared to 80% institutional participation in the S&P 500.

Furthermore, investors can invest in a particular type of crypto-asset known as Proof of Stake tokens (see footnote *) and stake them to generate fixed income like cashflows. This is similar to making a term deposit. For example, at the time of writing, staking Atoms (a Proof of Stake crypto-asset) pays around 1% per month. Hedging directional exposure of the underlying asset is feasible. This approach could be tailored to fit in with insurers' cashflow requirements.

An issue for institutional investors is that traditional valuation models can't be used to value most crypto-assets due to lack of cashflow generation. However, just as a lack of cashflows does not stop investors from valuing and investing in currencies or gold, it should not stop investors from investing in crypto-assets. Nonetheless, valuation complexity may soon be overcome, as a great number of blockchain-specific valuation models is emerging.

From a regulatory standpoint, it is noteworthy that France recently passed the Action Plan for Business Growth and Transformation, a law allowing insurance providers to invest in crypto-assets. 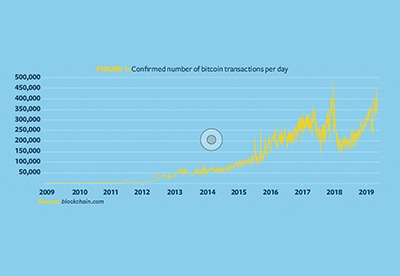 The next wave of growth in crypto will likely be driven by institutional investors. Historically, these investors have had to grapple with issues such as substandard custody solutions and potential reputational damage. These issues are quickly dissipating, and reputable companies such as Fidelity and ICE's Bakkt are launching crypto custody solutions for institutional investors. Institutional fears of reputational damage from being associated with the crypto market are fading; JP Morgan has announced the launch of its JP Coin, a crypto-asset for payments, and Facebook is planning to roll out its own crypto-asset.

One major unresolved issue for institutional investors is insufficient insurance to guard against exchanges losing customers' funds. This is important given that crypto-assets are bearer instruments and crypto exchanges are mostly unregulated. Some exchanges offer insurance for crypto-assets held in 'hot wallets' (online wallets that are accessible for trading purposes, representing less than 2% of all funds), but exclude those in 'cold wallets' (held offline for security purposes). Other exchanges have no insurance at all. This poses a challenge for large potential market participants that are unwilling to deposit significant funds at crypto exchanges without more adequate insurance or other guarantees. Ultimately, institutional investors' interest will be greater if custodians and exchanges can provide insurance for a larger percentage of funds.

* A guide to Proof of Stake and other blockchain consensus mechanisms can be found at bit.ly/2Hm8KfD

Alex Krüger is an economist and trader at Aike Capital

This article appeared in our June 2019 issue of The Actuary.
Click here to view this issue
Filed in
06
Topics
Data Science
Investment
Technology