A seat at the table

Pauline Gordon, Monica Ho, Lesley-Ann Morgan, Reena Thakkar and Theny Thiagarajan discuss why so few women work in senior finance roles and how this might be addressed 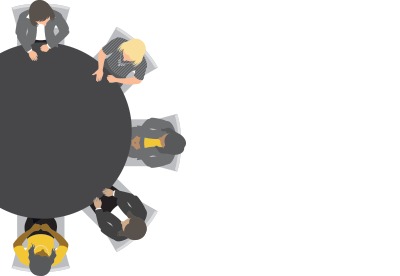 Despite growing media attention around the gender pay gap and diversity, research suggests that women still account for just 15% of all finance executives across the world. It seems gender equality at more senior levels is not arriving as quickly as most women would hope. To find out why, we sit down with five successful female senior executives working within the investment sector, who offer a unique perspective on what it takes for women to thrive in the financial industry.

Although the collapse of investment bank Lehman Brothers may seem like only yesterday, 2018 marked the 10th anniversary of the financial crash and subsequent global turmoil. The IMF's current managing director, Christine Lagarde, has said male domination of the banking industry was largely to blame, and that the crisis would have been less likely if the Lehman Brothers had been the Lehman Sisters.

Pauline Gordon suggests that an all-woman board might have been better at listening to opposing views. "Women are much more able to challenge one another in a way that doesn't feel aggressive," she says. "I think we're more interested in the details, and more focused on discussing and listening to one another."

It seems that challenging the excessive risk-taking that took place would have helped the situation, but the gender of the individuals involved wasn't entirely to blame. Lesley-Ann Morgan explains the importance of cognitive diversity over demographic diversity. "It depends on the women. You could have put a bunch of alpha women together and ended up with exactly the same situation." The panel agrees that considering diversity in a broader sense can help avoid 'group-think', and that gender should not be considered in isolation.

Monica Ho stresses the importance of regular reflections on the makeup of teams: "You may have a team of people that is very diverse to start with and then you mould each other to conform - a year or two later, all the decisions and opinions that you have are very similar." This seems particularly insightful given that most companies - even those trying to be more outwardly diverse - don't tend to review their teams unless employees are leaving.

In order to address the extremely low number of women at senior levels, many companies have put in place gender-specific recruitment practices. Morgan explains that the main argument in favour of such practices is that it provides a quick fix to the imbalance. "If you don't start somewhere, you won't get anywhere. But I don't think you should downplay the quality of a person in order to build up the number of women." The rest of the panel are in agreement, and would also favour a broader focus on diversity that is not just gender-specific. However, this is likely to be a slow process; perhaps gender quotas and similar efforts are at least a step towards achieving and maintaining awareness of the topic.

When asked if they think they have had the same opportunities as their male counterparts, the panel is almost unanimous in saying they have not been held back in any way - an extremely positive response that doesn't quite tie up with the statistics.

"I have always been put forward for opportunities and included in the mix, and have never been held back," Reena Thakkar explains. "Where you can be at a slight disadvantage is if you take gaps in your career. That applies to men and women - but men take far fewer gaps."

Ho says it can be just as difficult for men who take gaps, explaining how a male colleague often tells her of his struggles re-adjusting after having a one-year sabbatical.

"He tells me 'I feel like I took a year off but lost three because I didn't quite get the clients back'," she says. "When he came back, we had to make a real effort to integrate him back into the workplace." She goes on to highlight how the amount of effort you put in when you re-enter the workforce is crucial for success. "It's about making sure you pedal just as hard to get back in."

A sabbatical is generally a personal choice to take time off for a predefined amount of time to travel, partake in a specific activity, or perhaps to dedicate more focus to helping charitable causes. Once an employee returns to the workforce, there are usually no additional commitments. However, women are most likely to need to take career breaks for maternity leave, and in contrast to a sabbatical, there will also be a significant amount of time that needs to be dedicated to childcare after returning to work.

When addressing the issue of maternity leave and inequality in childcare arrangements, Thakkar sums it up nicely: "If you don't fix inequality in the home, you won't fix inequality in the workplace." This leads to a discussion about companies' new practices of shared parental leave, and whether this has affected women's ability to re-enter the workforce more quickly. Theny Thiagarajan summarises the positive sentiment in the room: "Increasingly, there have been a number of men that take an extended paternity leave and share the maternity leave," she says. "That's very new, literally in the last couple of years, but it seems to be gaining momentum, which is quite encouraging."

In contrast, Gordon raises a valid point about how paternity leave is - even now - often not taken up by men. The reasoning behind such decisions are, of course personal, but one could reasonably expect that ideas about traditional gender roles have a significant part to play. Ho believes it is these ideas that need to change. "More male partners need to say 'you know what, I also want to take three months off and share your leave'," she argues. "I think this is the last generation of the status quo - I look forward to seeing what happens with the younger generation."

Morgan highlights issues she faced after having children and trying to come back into the workforce, balancing being a mother with trying to progress in her career. "Men who are fathers can work longer hours, and that face time in the office does make a difference," she says. "I think for me, that's probably one of the things that I found the hardest since having children - knowing that you have to be home at a certain time, yet you're working much later at night at home without people seeing that. So if you're judged on face time in the office, then that can impair you."

What could make it easier for women re-entering the workforce after maternity leave while being the primary caregiver? Thakkar cites flexible working as the key, and developing a culture that focuses on the end product rather than face time in the office. "In other industries, such as the IT sector, flexible working is a norm for everybody. It's all remote working and it doesn't matter where you are, as long as the job gets done." She goes on to highlight the fact that, where flexible working exists, women are by far the majority taking advantage of it. If men are never working remotely and are always in the office, and face time is still a significant factor in determining success, then we are back to square one.

Morgan adds another idea: "You need to have a sponsor at work - somebody who's going to push you forward to encourage you to do whatever you are aiming for. My sponsor has definitely taken me almost under his wing and he said 'we really believe in you, we want you to have a portfolio of experience, we're going to really throw you into something that you've never done before,' which I think is an amazing thing to do."

Despite the many challenges currently facing women in the financial industry, the panel cites communication skills, positivity and working with a range of different stakeholders as the key traits that have helped them perform at the highest level throughout their careers. Gordon says: "I believe that if you can't explain something to your grandmother, then you don't understand it yourself," she explains. "It's about distilling information, making it simple, and understanding the different needs of people in the room." Bringing the discussion to a close, Thiagarajan sums it up: "Passion for what you do is the key to success."

Thanks to Joanne Joseph and Chris Seekings for facilitating the roundtable

Pauline Gordon is a senior adviser at MJ Hudson Allenbridge

Lesley-Ann Morgan is head of multi-asset strategy at Schroders

Reena Thakkar is an investment consultant at Momentum

This article appeared in our March 2019 issue of The Actuary.
Click here to view this issue
Filed in:
03
Also filed in:
Interviews
Topics:
Investment
Professional
Careers