When long-term is too long 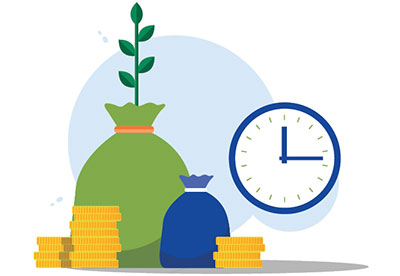 Governments have, historically, issued bonds to enable them to meet their outgo when this exceeds their current revenue from taxes and duties. While unexpected events are a key lever of government debt issuance in the short-run, long-run issuance is largely driven by political factors. 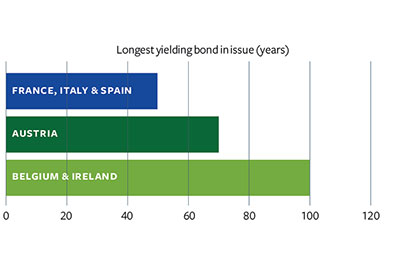 Pricing and analysing an ultra-long instrument introduces an interest-rate challenge, as yield curves that extend past 20 to 30 years typically lack sufficient credibility to be used for pricing. This article explores the concept of the last liquid point (LLP), which is the point on the yield curve beyond which there is insufficient liquidity to value cash flows accurately.

In the Eurozone, the European Central Bank (ECB) has adopted an accommodating stance, through zero and negative interest rate policies, to stimulate the European economy. As the ECB pushes interest rates to record low yields, issuers are extending the average maturity of their funding in order to lock in these low funding costs for as long as possible. A similar trend is noted in other developed markets.

Demand is primarily from pension funds (which are sometimes bound by their investment mandates to invest in government debt), insurance companies (which use these long-term instruments to match the liabilities on their policies) as well as other institutional and retail investors with sufficient risk appetite and a long enough investment horizon.

A number of financial publications have highlighted the duration risk inherent to ultra long-term bonds. As issuers rush to issue this long-term debt, bond duration has increased to historic highs - the effective duration of the Bank of America's (BoA) global government bond index hit a record high of 8.23 in 2016, from just 5 when the index started back in 1997. The modified duration (comparable with effective duration for option-free Treasury instruments) of the 70-year Austrian bond has been calculated at 43 by the Global Association of Risk Professionals (GARP, 2016). Practically, this resulted in a 3.5% loss for investors in this bond after global bond yields rose during the first week after issuance.

However, to what extent can these duration and price figures be relied upon?

As mentioned, yield curves spanning beyond 30 years are rarely published and even when published, are of questionable reliability. The European Insurance and Occupational Pensions Authority (EIOPA) has published the following guidance regarding LLPs for various currencies: 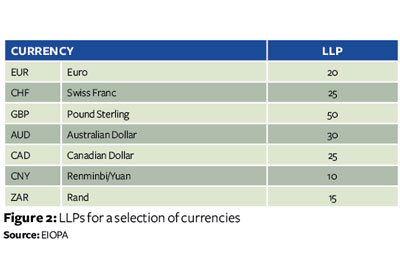 When yield curves break down

In order to value cashflows beyond the LLP, extrapolation approaches are used. These typically involve one of the following:

The implementation of both methods involves the following features and is illustrated in Figure 3:

1. Selection of a starting point (on the known yield curve) for the extrapolation

2. Finding an appropriate proxy for the long-term rate (referred to as the ultimate (or unconditional) forward rate (UFR))

3. Determination of the path between points 1 and 2. 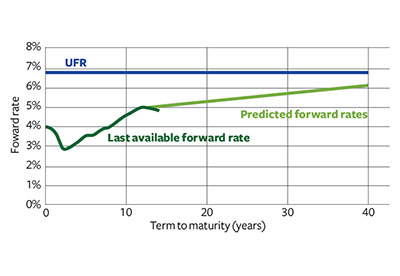 It is evident that the valuation techniques rely on the selection of both the starting point and the UFR as they drive the parameterisation of the extrapolation model. Since there is little established methodology to guide investors through this selection process, the entire valuation technique is, effectively, largely based on presumptions. This implies that even the duration figure quoted by GARP is illusory.

Firms may wish to select the above mentioned parameters with an objective of:

There has also been research into using moving UFRs at different durations, for example a Smith-Wilson model using a moving UFR has been proposed.

Implications for actuaries and investment

Investors should exercise caution before investing in these instruments to ensure that their portfolios remain in line with their risk tolerances and investment strategies. Further, institutional investors (particularly banks and insurers subject to asset admissibility restrictions) should investigate more sophisticated methods of valuing these instruments, in order to accurately quantify the impacts (including liquidity, credit and future potential regulatory risks) on their balance sheets.

This article appeared in our June 2018 issue of The Actuary.
Click here to view this issue
Filed in
06
Also filed in
General Features
Topics
General Insurance