Ann Pettifor, a leading analyst and media commentator on the global financial markets, talks to David Boland about the nature of money and the money in nature 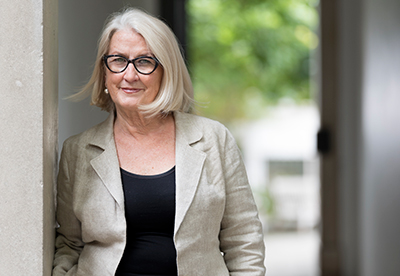 Ann Pettifor is director of Policy Research in Macroeconomics (PRIME) - a network of economists interested in Keynesian monetary theory and policies; an honorary research fellow at the Political Economy Research Centre at City University, and a fellow of the New Economics Foundation, London.

Born in South Africa in 1947, Pettifor graduated with a degree in politics and economics from the University of the Witwatersrand. Her work and writing has concentrated on international financial architecture, the sovereign debts of the poorest countries, and the rise in sovereign, corporate and private debt in OECD economies.

I meet Pettifor at the IFoA's offices at Staple Inn, London, where, over a cup of green tea, we start by discussing prophecy. Pettifor is a prolific author, and is probably best known for correctly anticipating the global financial crises, specifically in her 2006 publication, The Coming First World Debt Crisis.

As an aside, she admits to not liking the title at first suggestion, as she doesn't believe in first world/third world categorisation, "and, by calling it that, when it is published the crisis will have already come and the book will be out of date," she says.

The book, however, proved prophetic and she is still regarded as one of just a handful of commentators who predicted the financial crash accurately, albeit 12 months early. Even so, she feels that it should have happened at the time the book was published, which leads her to comment modestly that she is "absolutely hopeless at timing".

The crisis eventually manifested itself on 9 August 2007 with inter-bank lending freezing, and the rest is now well documented.

Pettifor believes her work on sovereign debt in Africa, Latin America and Asia gave her an "eagle-eyed view" on the period.

Work led to her spending time at the International Monetary Fund (IMF) and the World Bank, and, while learning a lot from them, she found herself disagreeing with their economic outlook and policy. "The IMF was being very upbeat and saying everything was fine, and I felt the levels of debt in these countries was unsustainable," she says. Pettifor still fears governments and banks have not learned the lessons of the past and that another crash is due.

The "nature of money" is the most important factor, Pettifor says. She believes that the common view of banks is that they act as intermediaries between patient savers and impatient borrowers, but "banks haven't done that since 1694," she says. If this were the case, she adds, then "we wouldn't have a massive expansion of credit at the same time as we have a contraction of savings" - something she cites as the cause of the 2000 dotcom bubble bursting.

The conversation turns to the new, impending debt crisis. Pettifor states that, before the crisis, the sum-total of global debt was 275% of GDP - now it is closer to 340% of GDP.

She blames the shadow banking sector for creating new credit with synthetic collateral. "They had this theory that if the pole dancer in Florida had five mortgages, that was because her properties were worth money and she could sell them."

She argues that this theory is flawed, as debts are not paid from assets.

A mortgage will not be fully repaid by "selling the roof over their head" - it will be repaid from income. Therefore, when income is insufficient to meet debt repayments, we have a crisis. She states two solutions - write off the debt or inflate the debt away. The first is unacceptable to financial institutions, and the second to Pettifor herself. So that leaves only a third option - increase income and make it possible for debts to be repaid.

A state income for all

Pettifor is, however, unequivocal in her stance on universal basic income (UBI): "I'm against it because I don't think it is affordable," she states firmly, explaining that governments finance their activity by borrowing - and UBI means borrowing more. "Whether we like it or not, it is ridiculous to say it is finance out of taxation - it's not, it is financed out of borrowing. The point about taxation is that it generates the income, the tax revenue for government to repay their borrowing. If people are not working and paying taxes, but are still receiving an income, where is the tax revenue coming from to repay the government's investment?" She expands on this, saying that UBI could contribute to societal breakdown. People working in a community or with others is something that Pettifor feels is "fundamental to how we feel about ourselves. We want to belong to something - a company, or some institution or charity."

We change tack, and I ask for her thoughts on whether we are heading for a natural capital crash. Her eyes light up as she talks about the delusion that we will forever be able to extract the rare commodities that drive the advancement of technology - and incite conflict in some of the worst countries in the world. Having grown up in a goldmining town in South Africa, she witnessed firsthand the depletion of resources from the 1950s to the modern day. That taught her that a resource that may look infinite, such as oil, can actually turn out to be finite - and so are our abilities to extract it.

Pettifor explains that economic activity and growth are intrinsically linked to oil prices and, as oil extraction increases, so does growth. She thinks this is now contracting, as we extract more oil from difficult places such as offshore fields in Brazil.

Natural capital is not just about depleting natural resources. "We are now faced with increasing numbers of storms because of climate change and so we need to be realistic about the possibilities for the future," she explains. "It is a question of managing the system for stability, not controlling it," Pettifor says.

Using the parable of Dante's Sorcerer's Apprentice, where the sorcerer understands the magic of credit creation and money, Pettifor states that the magic, in this case, is that money is not really printed by central banks but by private, commercial banks. Once the sorcerer takes a break, the apprentice decides to mess around with magic, with disastrous consequences. In our current economic climate, "we are being managed by the apprentices," she says.

She is a fan of Keynes' idea of a global central bank and feels it is here that we should look for our sorcerer. This raises the question of accountability. "Accountability doesn't even really work in Europe," she says, so on a global level the challenge would be even more significant. In her world, the global central bank would act to clear deficits and surpluses overnight on a regular basis. It would penalise not just those with large deficits, such as the UK and the US, but also those with large surpluses, such as China and Germany. This would allow "stability across trade and some stability across exchange rates". But at the moment, "we are happy to allow the apprentice to run the show," she muses.

Pettifor now considers it her mission to "communicate, as far as I can and as accurately as I can, macroeconomics to a much wider audience". She is of the view that Keynes understood the finance sector better than even the Bank of England does today, "and it is his understanding of monetary theory and policy that is of great importance to me". She does not accept the idea that gold is money, and is not a fan of crypto-currencies, concluding that "Bitcoin is just a Ponzi scheme".

So what, then, is money? "Money is just a promise to pay, and the question is who upholds that promise?" She offers as an example buying something on a credit card - you are simply promising to pay the money and that promise has to be underpinned. No money is involved, yet a sale has been created when you pay on a credit card. The question comes as to whether the system underpinning the promise is going to uphold it when the time comes to pay. She considers this to be "the key question". Her view is "that day may be coming sooner than we all think, because we have not learned the lessons of the last crisis. But don't hold me to time."

Money is just a promise to pay, and the question is who upholds that promise?

While working for the New Economics Foundation, Pettifor "used to be quite hard on" environmental economists, but she has since become acutely aware of the threat of climate change. In 2008, she, along with a disparate group of other economists, business people and environmentalists, formed the Green New Deal Group. The group's stated aims are to restore public trust and refocus the use of capital on public priorities and sustainability.

"There is a lot of work to be done," she acknowledges. "There are ecological limits to what we can do. We face our own intelligence limits and muscular limits. We face physical and intellectual limits - but the monetary system faces no limits."

She explains that, if someone promises to build a house, they should have the ability to do that - if they cannot, the promise is an empty one. She says that when Keynes was asked where the money would come from to build a house, he responded that a house was built from bricks, mortar and some labour. "All that money does is to enable those other things, and so that's what we argued," Pettifor adds, smiling.

This is the view of the Green New Deal Group, but it is not a widely accepted one. Money is viewed like gold where there are limits to the supply, but Pettifor thinks differently: "If the supply of money was limited, we would not have had a financial crisis."

Pettifor believes an impending property crash is also inevitable. "It's a question of where and when," she predicts. She believes the Australian property market is overheated and that the problem lies with credit: "Credit is like a firehose of fuel aimed at an overheating property market."

Markets are also overheated in Great Britain and New Zealand, she says, all driven by inflated property prices from foreign investors. "You know London is a tax haven?" she asks rhetorically, while attributing the overheating in the London property market to Russian oligarchs among others.

Pettifor is impressed by the way insurance companies are taking climate change seriously, but feels that actuaries should detach themselves from some of the dogma that is in economics, as "it hasn't served us well". Her advice is for actuaries is to be more open to alternative views of where things are going.

"Crises start on the edges of the global economy and gradually move towards the core," she points out, adding that we should be watching Africa and Latin America for triggers that could affect more developed countries. She recommends actuaries watch both the periphery and the core. "Otherwise," she says, with a twinkle in her eye, "they won't be giving sound advice and taking care of my pension".

Pettifor's latest book, entitled The Production of Money: How to Break the Power of Bankers, was published earlier this year

This article appeared in our December 2017 issue of The Actuary.
Click here to view this issue
Filed in
12
Also filed in
Interviews
Topics
Careers