A defining moment for pensions 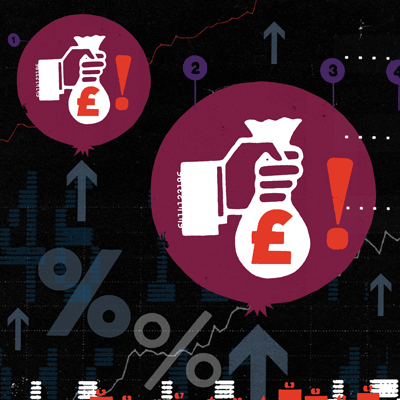 Defined contribution (DC) pensions form the pension benefit for the majority of employees in the UK, so following the recent vote to leave the European Union and presumably the European Economic Area (EEA) as well, it is worth outlining the various impacts it might have on DC in the coming years.

As you might imagine, the answers are speculative, the topics are quite wide ranging, and, of course, reflect my subjective judgments on what Brexit means at the time of writing.

Impact of a Brexit recession
Auto-enrolment contributions
The predictions of a recession by leading economists should be taken seriously. This is because both the uncertainty of what Brexit means for business and the economic predictions themselves exert a breaking force on spending by business on both sides of the Channel, which could easily reinforce itself if wage and jobs growth are affected.

The governor of the Bank of England has signalled that both a reduction in interest rates and further quantitative easing (QE) will be considered in the future to stave off a recession, helping already to stabilise asset prices.

Regardless of what happens in politics, and despite the reshuffle of the Cabinet, current legislation means that from April 2018, auto-enrolment contributions are due to go from 2% to 5%, rising to 8% in April 2019 (with employers contributing at least 1%, 2% and 3% respectively).

While acknowledging that contribution rates will eventually need to increase for auto-enrolment to build into a pension, there were already a number of industry voices concerned that, given slow wage growth since 2009, the current timetable of escalation was too rapid. The fear was that individuals would opt out of pensions if pushed too hard. A Brexit recession adds another argument to this case - the economic fact that any increase in saving is a reduction in consumption. This creates a substantial temptation either to reduce the contribution levels that will apply, to push them further back, or to combine the two actions.

Sterling and base rates
Already in the short time between the vote and writing this piece, we have seen dramatic falls and increases in markets, so it would be foolish to make predictions of asset value changes owing to Brexit. The staggering rebound we have seen in UK asset prices reflects the belief that credit conditions will be eased further. Nevertheless, a number of longer-term trends have continued unabated in the face of Brexit.

In the short term, the only asset class that has been directly affected is property, where disinvestments in a number of major property funds have been queued as they exceed liquidity in the funds. It is unlikely that this was caused by DC members so much as other investors more able and more likely to act quickly. Absent any material changes to valuations, this may be a good thing for DC investors, able to take advantage of purchasing assets marked at a discount for sale.

The depreciation of sterling was steep in the few hours and days following the vote, but continues a relatively recent trend (of around two years depending on the currency). Many economists looking at the current account deficit (£96.2bn or 5.2% of GDP in 2015 and widening) commented that a depreciation of sterling was inevitable. Given that this makes exports more competitive with foreign markets and imports and that inflation monetarism demands this to kickstart the consumer spending cycle, the depreciation itself should be seen as no bad thing. Indeed, if Haruhiko Kuroda, the Bank of Japan governor, could achieve a depreciation of the Yen to such an extent as sterling did overnight, one would think he would take that option.

Assets held overseas unhedged will in general have been benefiting (in sterling terms) from the depreciation, with any hedging in place giving away the currency effect. There is a mixed picture as to which overseas DC assets are hedged and this will depend on the house views of the different investment consultants, schemes, investment managers and providers on different sections of the market. The impact on members is therefore the luck of the draw.

Gilts have gained ground (reducing yield) in the general context of 'risk off' markets and the promise (or threat) of further reduction in the base rate and QE. Again, this is a continuation of a very long-term trend of yield compression. The consequence of this will be a general rise in the cost of buying a guaranteed pension at retirement, and, for those lucky enough to be derisking in the glidepath to retirement, an increase in the value of their pension pot.

Consumer behaviour at retirement
The personal finance pages of national newspapers have been proclaiming the poor value for money of annuities for some time, missing the long-term macro-factors (living longer and reducing yields) and blaming insurers for the poor value. This will continue to be a tempting and easy argument to make, as annuity rates have been pushed up further by falls in gilt yields. The prospects for reversing this and annuities being seen as a valuable product may have been put back by the vote.

The alternatives to annuities at retirement are either to take the DC pension pot as cash, paying marginal tax rates, or to carry on investing using a drawdown product. There are good reasons why people with small pension pots would take them only as cash, and despite the low interest rates they receive in cash ISAs, this is still a positive choice for many. I fear the effect of going into drawdown unadvised, and being thrown into what are likely to be the most volatile markets for a decade or so, while uncertainty builds over the UK extracting itself from the EU.

While volatility presents opportunity for active managers, many studies have shown that retail consumers are not well prepared to invest in these markets, over-trading and losing value in the timing of their trades (sell low, buy high!). For the freedom and choice policy of 2014 not to damage the prospects of a large number of individuals, we will have to have a very calm and well-thought-through uncoupling from the EU.

Fund regulation
It is fair to say that the regulatory environment for investment is highly complex and technical, so I won't (and am unable to) give much detail. However, it is worth briefly considering the potential impact of Brexit on the types of fund vehicles that are commonly used in DC.

In most cases, DC schemes will invest either directly in or through a life policy issued by a UK domiciled life company. As the UK has international taxation treaties with each EU member state individually, EU assets which are held in the life policy (that is, the life company holds the assets on its balance sheet) should not be affected by any alteration of withholding taxes or double taxation reliefs.

Where DC schemes invest in third-party funds through their life policy, the effect of Brexit will depend on the third-party vehicle used. Where that is another life company (the investment is a reinsurance) there should not be any change to tax, as with the direct life company. But where the fund vehicle is non-life, there may be some impact owing to Brexit.

Undertakings for collective investment in transferable securities (UCITS) - is essentially an EEA-wide passport scheme for investments, where funds authorised as UCITS in one nation can be invested across the EEA. Most, if not all, non-life DC assets will be held in UCITS funds. The legislation enabling UCITS is British (SI 2011/1613 contains the latest provisions for those interested), mirroring similar legislation around the EEA. The legislation and regulation specifically makes the distinction between UK UCITS and EEA UCITS schemes. While Brexit does not then affect either form of UCITS without repealing or amending the act (as I understand it), the prospects for overseas UCITS (Irish and Luxembourg are relatively commonly used) continuing to be eligible as UCITS in the UK will again depend on the negotiations progressing to exit Britain from the EU.

While EU nationals currently residing in the UK may not be seen as a negotiating chip, the chances are that overseas financial services may well be, leaving a definite cloud of uncertainty over fund houses looking to use overseas vehicles. Likewise, in theory, EEA life companies have the right to offer life insurance in the UK, and any doing so could be threatened. In practice, though, I am not aware of any examples.


Nico Aspinall is an actuary and founder of Nico Aspinall Consulting
This article appeared in our August 2016 issue of The Actuary.
Click here to view this issue
Filed in:
08
Topics:
Pensions