As climate change affects the frequency and intensity of extreme weather events, the increase in the damage caused by natural disasters is concentrating insurers minds on ways to deal with the trend. Wouter Botzen looks at how the Netherlands is rethinking its flood-risk management strategy, and how other countries could learn from these discussions 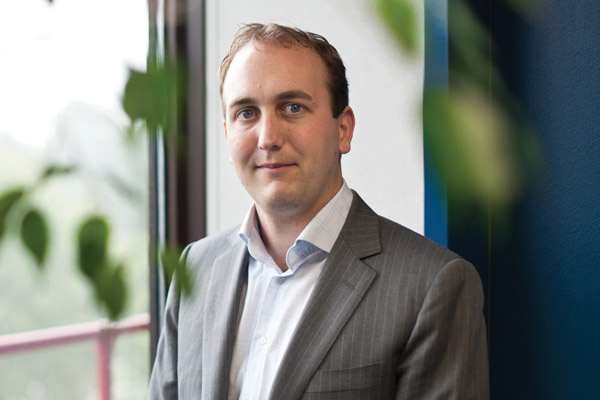 Damage from natural disasters has increased considerably worldwide in the past few decades, as data collected by Munich Re shows. There has been an upward trend in overall and insured losses caused by great natural disasters since 1950. Natural hazards, such as major storms and floods, have devastating consequences for societies around the globe. Their impacts on developing countries are particularly large, while the effects on insurers are mainly concentrated in developed countries.

A major part of the increase in damage can be explained by socio-economic developments, such as population growth and a concentration of wealth in hazard-prone areas. These developments are expected to continue. In addition, climate change may increase the intensity and severity of extreme weather events, and contribute to an increasing loss burden of natural disasters in the future. Climate change is expected to increase the frequency and/or severity of heat waves, extreme precipitation, and storms in various areas, while rising sea levels may increase the likelihood and impact of storm surge flooding, according to the Intergovernmental Panel on Climate Change. The overall science of climate change is firmly established, but the exact regional effects that it will have on local risks are still unknown.

Climate change and the insurance sector affect each other in two main ways.

First, the insurance industry itself is likely to experience heightened risks of extreme weather events. In particular, climate change may increase the 'fat tails' of natural disaster loss distributions which are the extreme risks that are, in general, difficult or expensive to insure. Climate change may also pose problems for insurers if it increases correlations between extreme risks. The best strategy for insurers would be to incorporate changes in the risks of extreme weather events in assessing exposure to, and pricing and management of, natural disaster risks - which, in practice, is challenging.

Second, insurance arrangements can play a useful societal function in spreading natural disaster risk and promoting adaptation to possible increases in the risk of extreme weather due to climate change. Insurance can spread the risks of extreme weather events, which may be beyond the individual to carry. In addition, insurance arrangements may contribute to limiting damage caused by natural disasters by acting as a price signal of risk, and by promoting the undertaking of risk mitigation measures. Risk-based insurance premiums could act as a price signal of settling in an area, and thus stimulate development in less risky areas and restrain development in hazard-prone areas, since premiums would be higher in the latter. Moreover, insurance can provide incentives, such as premium discounts, to homeowners to invest in measures that mitigate natural disaster risk.

The projected increase in the risks of natural disasters has raised concerns about whether current natural disaster risk management practices and compensation arrangements are sustainable. For example, in the UK, insurers have repeatedly pressured the government to increase investments in flood-protection infrastructure. In the US, the Senate passed a bill in July to reform the National Flood Insurance Program, and thereby improve incentives and policies for flood risk mitigation. In the Netherlands, which is vulnerable to flooding and sea level rise, the focus on prevention of floods, and ad hoc government compensation of flood damage, has been questioned as an effective flood-risk management strategy for the future.

The Netherlands is vulnerable to climate change impacts, notably to flooding, owing to its low-lying delta in which several main European rivers discharge into the North Sea. Flood risk in the Netherlands is characterised as a low-probability, high-impact risk. Dutch expertise in water management has a long history and is high because the survival of the country - which for a large part lies below sea level - depends on its flood-protection infrastructure.

Nevertheless, climate change poses challenges for Dutch water management, and innovative climate-change adaptation programmes are needed to maintain flood risks at acceptable levels. The country needs to increase investment in flood-protection infrastructure, and may complement this with measures that limit the damage in case this infrastructure fails, such as land-use planning and building codes. A future flood-risk management strategy could also include a flood-insurance programme.

Government compensation for disaster losses is arranged in the Netherlands with the Calamities and Compensation Act (WTS in Dutch). The WTS operates as an ex post damage compensation arrangement for which no funds have been established, and no premiums or other kind of contributions are charged before a flood occurs. Currently, private insurance coverage against flood damage is not generally available. Therefore, most of the risks of flooding are carried by the public sector, or by households and businesses in cases where the former decides not to grant compensation.

A disadvantage of the current WTS system is that it is not clear in which cases flood damage will be compensated. The decision whether WTS compensation is provided, as well as the determination of the extent of the compensation provided, lies with the government that is in office when the disaster takes place. A major drawback of the public compensation scheme is that incentives to limit or reduce losses for individuals are suboptimal. For example, individuals who locate in high-risk areas do not have to pay higher flood insurance premiums, and likewise safe construction is not rewarded by lower premiums. The WTS is financed out of general taxes. This implies that individuals who enjoy the amenities of water, and settle in areas with a higher flood risk, do not contribute more for the compensation of flood damage than individuals who live in areas with a low flood risk, or who face no flood risk at all. In this way, the WTS results in a governmentally subsidised incentive to take on risk and increase aggregate flood losses for Dutch society.

To overcome the shortcomings of the current compensation arrangement, and because of the projected increase in risk due to climate change, there have been discussions in the Netherlands about introducing a new flood insurance system. Research at VU University has examined the opportunities for, and challenges with, flood insurance. A purely private flood insurance, with broad coverage, is complicated by issues that include accumulating risks, low capacity of insurers to pay for catastrophic damage, and problems with asymmetric information.

A viable solution could be a public-private 'three-layered' flood insurance system.

In such a programme, a first layer of small losses would be paid by households through deductibles in insurance contracts. In the second layer, private insurance companies would cover larger losses, using risk-based premiums. The government would cover a third layer of very large losses to prevent problems with the insurability of highly correlated risks and the limited financial capacity of the Dutch insurance sector, and to keep the insurance affordable for consumers. A maximum 'cap' could be specified that would be paid by the insurance sector, while the government would compensate for the difference if actual flood damage exceeded this cap - for instance, through providing public reinsurance at premiums equal to the expected value of the loss.

Such a public-private system has several advantages compared with the current ad hoc government compensation for damage. Uncertainty for individuals concerning the compensation for flood damage is less when insurance is available, since insurance provides a contractual right for compensation according to the conditions of an insurance policy. A survey of more than 1,000 homeowners in the river delta revealed that individuals place a substantial value on the financial security that flood insurance could provide. This study showed that about half of the homeowners are willing to purchase insurance if premiums are close to the actuarially fair value, and that average willingness-to-pay for flood insurance is about 20 (£15.60) per month. Another survey that was recently conducted among more than 1,200 households in Rotterdam shows that many individuals were uncomfortable with living in a flood-prone area without adequate insurance. Demand for flood insurance is especially high if an area is unprotected by strong dyke infrastructure, which applies to about 250,000 people in the Netherlands.

Another advantage is that a public-private flood insurance can result in a more optimal spreading of risk. If flood risks are partly covered by the insurance sector and further spread on international reinsurance and capital markets, then the government is no longer the sole bearer of the risks, which results in less pressure on public budgets in the long term.

Moreover, involving the insurance sector in covering flood risks brings on board their expertise in assessing and managing risks and processing claims, in which insurers are likely to be more efficient than the public sector. Last but not least, given the projections of increasing flood risks, insurance with risk-based premiums can act as a price signal of risks which provides economic incentives for making more informed trade-offs about the benefits and risks of locating in hazard-prone areas. Insurance may provide financial incentives, such as premium discounts, that encourage policyholders to implement risk mitigation measures. Such a price signal of risk can be beneficial, since studies on flood risk perceptions in the Netherlands have shown that these are generally low, even in high-risk areas, which results in an inadequate level of flood preparedness.

Natural disaster losses have been increasing sharply around the globe. It can be expected that future natural disaster risks will increase as a result of a combination of climate change and socio-economic developments, such as increased economic activities in hazard-prone areas. These trends require new strategies for managing natural disaster risks, and will initiate discussions about the sustainability of current insurance arrangements.

Once natural disasters have revealed the potential inefficiencies of existing insurance arrangements, discussions are likely to arise in other countries similar to those the Netherlands has had on the opportunities for a new insurance arrangement to compensate flood losses. The actuarial profession has an important role to play in guiding such discussions, and in helping design sustainable arrangements for the compensation of natural disaster damage.
This article appeared in our September 2012 issue of The Actuary.
Click here to view this issue
Filed in:
09
Topics:
Environment