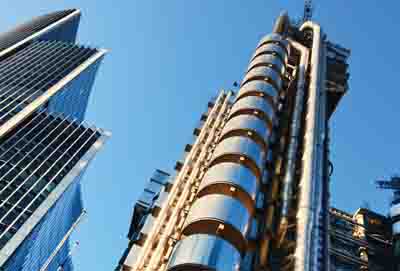 Among the criticisms levelled at Solvency II, an argument that has reverberated louder than the rest is whether this critical piece of regulation will place UK insurance firms at a disadvantage compared with their European counterparts.

Perhaps the thorniest question is whether Solvency II could spark an exodus of UK-domiciled international firms to countries with seemingly more benign regulatory regimes outside the European Economic Area (EEA), such as Hong Kong or Singapore.

Is industry apprehension primarily related to how regulatory and supervisory authorities across the EEA are perceived to be implementing the directive?

During the past two years, a recurring topic of debate has been why UK insurers seem to be 'pushed' down an internal capital model route, while those in continental Europe seem more inclined to choose the standard formula to calculate their solvency capital requirement (SCR).

Is this a factual observation or are UK firms perhaps ahead of the curve given that the individual capital adequacy standard (ICAS) regime - a precursor to Solvency II - was introduced by the FSA in 2004?

A UK insurer poll conducted by Protiviti 18 months ago revealed that opinion was divided as to whether Solvency II implementation in the UK was being gold-plated. However, the actuaries and chief risk officers (CROs) surveyed conceded that both the UK insurance market and the regulatory environment have unique characteristics that do not pertain to other EEA insurance markets. Generally, it was felt that a wider pursuit of the internal model route could be due to, and justified by, the current ICAS regime.

The poll also found a widespread perception that the UK regulator is better prepared in its approach towards Solvency II implementation. There was a lack of consensus, however, as to whether unsynchronised regulatory approaches across the EEA - and outside the EEA, especially regulatory regimes whose equivalence is still in the balance - had a negative effect on Solvency II preparation for a UK-headquartered insurance group.

Arguably, given the firm-specific business benefits arising from risk-based solvency regulation, shouldn't Solvency II be heralded as an international risk and capital management standard? Or are UK insurers yet to reap the rewards from the Solvency II overhaul of their risk management practices?

A survey undertaken earlier this year revealed that 70% of UK insurer respondents deem the risk function in their organisations to be a regulatory requirement and a necessary control function. In fact, more than one-third attributes regulation as the primary driver of risk management practices across the insurance industry.

Only 22% of respondents perceive risk management as a value-adding management and operational process resulting in business benefits. This is perhaps unsurprising, as it is fair to say that insurers are still very much in project mode, rather than business-as-usual. Managing agents at Lloyd's are effectively on an accelerated timetable in view of their vital input into the Lloyd's internal model (LIM).

Perhaps a reflection of this project mode is that nearly 78% of respondents perceive their boards to 'own' the Solvency II project in their firms. On the other hand, it is surprising as one of the purported benefits of Solvency II is the overhaul of risk management standards.

The survey findings show that most respondents do not describe their risk management framework as 'mature', and least of all as 'embedded' in the business; neither do they see it as a strong indicator of their organisation's risk culture. Only one in 10 boards of surveyed firms are currently using output from the internal capital model in business decisions.

The use of risk-based return on capital measures in business planning is a little healthier, with around a quarter of boards sampled adopting such metrics. Corroborating the view that risk management is a regulatory requirement, only 15% said their risk function gets involved in strategy formulation, business planning and capital management.

Is this strategic myopia attributable to an industry too focused on Solvency II for its own sake rather than for its investment benefits, especially in areas such as risk management?

It appears that Solvency II is some way from becoming an international standard. This is not simply the result of unsynchronised regulatory regimes. More important is the fact that the 'tone at the top' in insurance firms tends to be one of compliance with regulation rather than a reward-yielding risk culture.

Jacqui Fenech is a director at Protiviti
This article appeared in our June 2012 issue of The Actuary.
Click here to view this issue
Filed in
06
Topics
Reinsurance