In April, the Chinese Insurance Regulatory Commission (CIRC) announced plans for a new regulatory regime. Haijing Wang discusses the move and how the regime will compare with Solvency II. 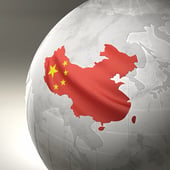 China's insurance industry enjoyed three decades of fast growth after the regeneration of the insurance sector in 1982 but its regulatory framework is still based on premium income and loss ratios, and focuses purely on the solvency capital requirement.

Following the credit crunch, the economic downturn and the depression of the capital markets, the capital solvency ratio in Chinese insurance firms has worsened, demonstrating their solvency vulnerability under the current supervisory framework.

The new supervision aims to strengthen the solvency capital capacity and insurers' ability to pay compensation and places emphasis on risk-based capital and a sound risk management framework.

This could encourage strategic investment towards asset liability matching and mitigate the impact of capital market turmoil. The three areas of focus for the new regime are applicability to the situation in China, international compatibility and a risk based management focus.

While details are still to be developed, the construction of the second generation solvency regime will follow the 'three-pillar' structure, which is a mature supervision model in the financial industry and widely used under Solvency II in Europe and the banking system globally. The three-pillar structure is described as:

Pillar 2:  Risk management requirement, focusing on the qualitative assessment of the risk profile of the company and its risk policies.

The commission set up a 'Second Generation Solvency Regime' team, led by CIRC chairman Junbo Xiang, to oversee and execute the project. The mechanisms of forming the new regulatory regime are stated as: working with the industry; setting up working groups on different topics; increasing the transparency of the work and increasing international communication; learning from the other regulatory frameworks, where Europe is listed as one of the examples.

The plan is to finish the consultation papers by the end of 2014 and spend another one or two years testing the quantitative impact across the insurance industry, before final implementation, which means that the effective date of the new supervision system will be 2016.

On 18 April, the CIRC hosted a launch conference for the project. In his opening speech programme leader, Junbo Xiang, pointed out the importance of setting up a new regulatory system to pave the road for healthy and sustainable growth of the insurance industry.

The new regime should take into account both the global trend and China's own situation, combining effective supervision and industry self-risk-management, and enhance the international influence of the Chinese insurance industry.

Three tasks were assigned to the programme team for the rest of 2012:

1. Summarising the current supervision system from both a quantitative and a qualitative perspective

2. Designing a more granular level of the "three pillar" structure and defining the detailed contents in each pillar and the fundamental methodology

3. Setting up working groups on topics including the solvency capital requirement and risk categorisation.

China is the latest country taking steps towards a more globally recognised best practice regulatory system, aiming to put China's insurers on the same playing field and increase their influence on the global financial industry.

Haijing Wang is a Solvency II actuary at The Phoenix Group.
This article appeared in our June 2012 issue of The Actuary.
Click here to view this issue
Filed in:
06
Topics:
Reinsurance