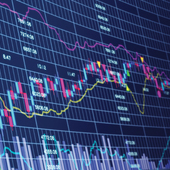 Two recent events in the financial market vividly show the ?complexity of a real-world system. First of all, the 6 May 2010 ?'Flash Crash', when the Dow Jones Industrial Average (DJIA) fell by over 800 points - or almost 8% - in 15 minutes, wiping almost $1trn from shareholders' value. Secondly, but for an $85bn ?US government bailout, the world's largest insurance company, AIG, would have collapsed in September 2008, as a direct result of the bursting of a price bubble a few months previously in the relatively small and, at the time, seemingly distant US sub-prime housing market.

The key driver of the first event was a feedback loop of trading volumes that was magnified by high-frequency traders (HFTs). An initial selling signal from a random input error (the so-called 'fat-fingered' trader) triggered numerous HFT algorithms to automatically sell their holdings, which caused prices to fall. These lower prices then again created further selling signals for other HFT algorithms to sell more shares and, from nowhere, a vicious circle was created.

The whole dynamic process, with many thousands of interactions, lasted for just a few minutes, but the effect was the second largest daily point swing in the history of the DJIA. As has been well documented, one of the key drivers in the effective collapse of the world's largest insurer was the development of the credit default swap (CDS). A CDS is a contract under which the seller receives a fee in return for agreeing to provide financial compensation to the buyer in the event of losses incurred as a result of a 'credit event' involving a specified third party.

While in many respects a CDS can be viewed as an insurance contract, the lack of an insurable interest creates an additional demand from speculators and the interactions between speculators and the more traditional hedgers can create significant complexities in market dynamics. Furthermore, in order to reduce their existing CDS portfolio risks, many CDS sellers become CDS buyers from other parties at the same time and the more complicated CDS contracts frequently have other CDS contracts as the underlying asset. As was all too vividly demonstrated by AIG, the overall risk of these kinds of complex and multi-dimensional interactions can be all but impossible to quantify with traditional modelling techniques.

So, what do these events have to do with modelling non-life insurance markets? While neither HFTs nor CDSs are directly relevant here, there are some very valuable lessons to be learned. First, due to rapid technological advances, the speed of interactions between different parties has increased dramatically in recent years. Second, the interconnections between humans and their technologies are becoming much stronger. Advances in artificial intelligence mean that computers are acting more like human beings, while the sheer volume of information now available means that more and more human actions are driven by rule-based machines. Both developments create complex problems and risks, which are difficult to manage and measure with traditional tools.

Agent-based modelling (ABM) provides a bottom-up approach to better understand the complex interactions and behaviours that give rise to these emerging events. Proponents of ABM accept that such markets are a complex system and try to replicate the common behaviours of the basic agents, such as the trading algorithms of HFT systems and the different motivations of hedgers and speculators in CDS transactions.

Although these individual agent rules can seem trivially simple, for example, 'buy low, sell high', the aggregate outcome is complex due to the interactions of the large number of different agents, the inherent feedback loops in the system and the evolution of each individual agent's behaviour in the light of his (or her) own past experience. Thus, more frequent interactions and a more interconnected real world create an increasingly complex system that ABM techniques can allow us to better describe and explain.

Applications of ABM to the non-life insurance market

Among other things, agent-based models can be used to better describe and understand the dynamic emerging process of underwriting cycles in the non-life insurance market, which can then be used to improve business management, pricing, reserving and capital allocation decisions. Analogous to the recent growth of HFTs relative to human traders, risk aggregators are becoming more popular in many sectors of the market compared to traditional underwriters. And, insurance-linked securities such as CAT bonds have similar risk transfer motivations to a CDS.

Construction of a suitable agent-based model allows us to investigate the role of these and other innovations in an increasingly complex, interconnected and non-linear market, and to understand the impacts of these developments on market price dynamics. Thus, while insurance experts recognise the insurance price cycle frequently has a pattern, the nature of this pattern is largely unpredictable as it represents the output of a complex process emerging from the interactions of insurers' behavioural rules. An agent-based model can readily incorporate key features of the market including:

Heterogeneous agents:
The agents here are insurers. Initially, they exhibit similar characteristics, such as size or business objective. Repeated simulations of their behaviour and interactions in an artificial insurance market show that different sizes or objectives emerge. Some of the insurers become large so their strategies tend towards maintaining their market shares, while others are small but tend to be specialists that focus on particular customer groups, with comparative advantages. As the simulation goes on, the agents become more heterogeneous and the system behaves with as much complexity as the real world.

Adaptive strategies and actions:
Given the complexity of the real-world market, insurance companies - like everyone else - learn through experience and adapt their behaviours accordingly. Profitable strategies or innovations adopted by one company will often be quickly picked up by other companies, while less successful strategies will be quietly forgotten. Typically, agents would usually be assumed to act rationally but, crucially, these rationalities are bounded by their existing information set and limited past experience. Thus, current decisions are taken not by all-seeing, all-knowing individuals, but by individuals acting on a combination of beliefs borne from individual experience and perceptions about competitors' future actions.

Feedback loops and externalities:
This dynamic process, which involves learning and interaction, often disrupts the long-term equilibrium of the system as suggested by traditional economic theory. Individual actions from different agents affect the whole system, but the continuously evolving system also influences these agents' activities. Agent-based models show that a highly competitive market induces insurers to reduce their premiums, which increases the risk that they take, leading eventually to the exit of some weaker firms from the market, and reduced competition.

Local interactions and basic rules:
As noted above, a key feature of ABM is that complex real-world systems can be created from simple behavioural rules for each individual agent and a network of local interactions. Despite the obvious simplifications, such a structure reflects ?many of the basic elements of a real-world system such as the insurance market. ?In reality, individuals in all walks of life often follow simple 'rules of thumb' and heuristics to make real-life decisions and, despite increasing globalisation, many of their direct interactions and communications are with other local agents, such as clients, brokers and competitors. Agent-based models can allow for the fact that, in practice, most insurers are competing primarily with other similar insurers, in terms of market strategies, size or reputation.

Thus, we are firmly of the belief that insurance cycles and their impact on a whole range of business management decisions cannot properly be understood using traditional equilibrium models. Only by constructing a complex real-world system from the bottom up can these market dynamics be understood, the risks they create be managed, and the opportunities that they give rise to be exploited effectively.

We believe that agent-based models should form an increasingly important part of the actuarial toolkit, a belief that was supported by the recent publication by the Society of Actuaries of a comprehensive report entitled 'Complexity science: an introduction and invitation for actuaries', Mills (2010).

This article appeared in our November 2011 issue of The Actuary.
Click here to view this issue
Filed in:
11
Topics:
General Insurance