Mauritius is more than a picture-postcard holiday destination, says Bernard Yen – it is also a thriving location for financial services 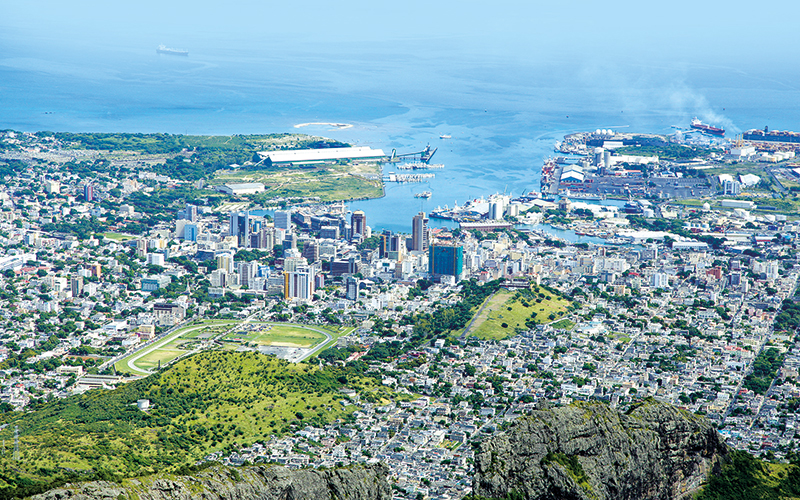 When I tell people I am an actuary working in Mauritius, they have a hard time imagining any serious work being done on the beach or by the swimming pool, wearing shorts and flip-flops. I have actually been able to do this from time to time thanks to working from ‘home’ during the pandemic!

The Republic of Mauritius is a group of islands in the south-west of the Indian Ocean, and is geographically part of eastern and southern Africa. The main island of Mauritius has a surface area of less than 2,000 square kilometres, but the country has over 2,300,000 square kilometres of sea, largely unexploited except for tuna and other less industrial forms of fishing.

A typical postcard picture of Mauritius will show a clear blue sky, deep blue sea and white sandy beach. While tourism is the country’s most important economic sector, it has also been blessed with fertile soil and favourable climates, allowing it to grow sugarcane, tea and all sorts of fruits and vegetables. The textile and other manufacturing sectors have thrived in the past and are still going strong in a few niche or specialised areas. Making the most of its historical links to India, Europe and Africa, Mauritius is also becoming a major centre for financial services and IT.

A South African friend once told me that Mauritians tend to punch well above their weight wherever they go, and I can see why he said that. Our country is full of people who have come from elsewhere to make a better living: first the French, then African, Indian and Chinese workers, as well as the British and others. We like to say that while Mauritius has no ‘get-rich-quick’ natural resources, such as oil, diamonds or minerals, we do have plenty of resourceful and diverse people from three continents, speaking French, English, Creole and other languages, such as Hindi for those of Indian origin and Hakka for those of Chinese origin, like me.

Mauritius’s history as a French colony for the most part, a British colony more recently, and an independent country since 1968, is reflected in a peculiar habit of mine. When I make a presentation to employees, my PowerPoint slides will be written in English because that’s the language we use in official written communications – but I will speak in French, because that’s the language most people use to speak formally at work. Then, when it comes to taking and answering questions at the end, we will usually speak in Creole, because that’s our mother tongue and comes straight from the heart!

Growing up in Mauritius with this mixture of languages, racial backgrounds, cultures and religions is, to me, a rare privilege in our increasingly polarised world. When my wife and I decided to return to Mauritius in 2000 with our three young sons, it was in large part because we wanted them to grow up here, close to their grandparents and cousins, with the family values that we treasure.

My move back to Mauritius was also possible because, three years earlier, my friend Yvan Legris had started a joint venture here with Bacon & Woodrow. When Hewitt acquired Bacon & Woodrow in 2001, Yvan took up a senior role in London and I was left to run our small office in Mauritius. A happy coincidence was that Mauritius had just adopted IFRS/IAS as its national accounting standards, and I had become one of Mercer’s IAS 19 experts when I left it in 2000.

Companies sponsoring defined benefit pension or post-retirement medical plans for their employees had to recognise any surplus (rare) or deficit (typical) in their balance sheets for the first time, and you can imagine the shocks that some of them had to face. This also provided opportunities to talk about switching to defined contribution pensions, improving funding and investment performance, and so on.

I have enjoyed growing our office over the years; we now have more than 40 staff and work with clients in South Africa, Botswana, Zambia, Nigeria and many other African countries – including the Francophone ones, which Mauritius is well placed to deal with due to our history and languages.

Bernard Yen is managing director of Aon in Mauritius, and a volunteer on the IFoA’s Disciplinary Panel

This article appeared in our September 2022 issue of The Actuary.
Click here to view this issue
Filed in
General Features
Topics
Regulation Standards
Global