Ian Trim explores The Dasgupta Review’s findings on the importance of preserving natural capital, and the role actuaries can play in achieving this 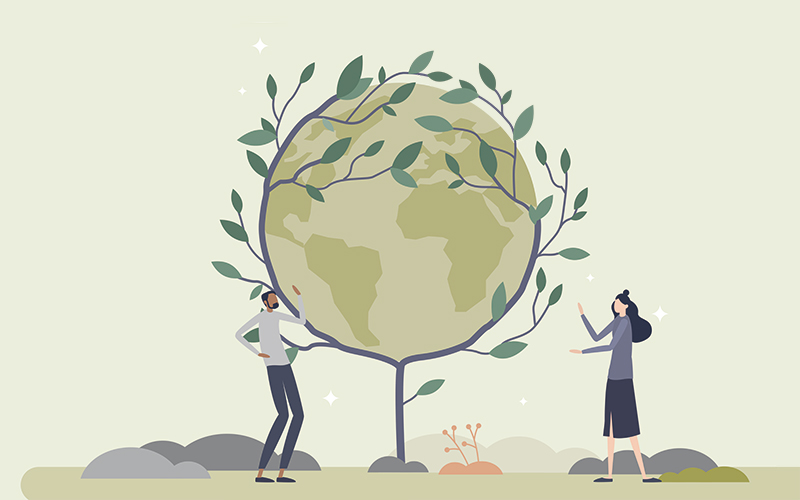 The current economic system fundamentally undervalues biodiversity and natural capital’s contribution to the global economy. This is the message of last year’s report The Economics of Biodiversity: The Dasgupta Review, commissioned by the Treasury. This details how the demands we are placing on the environment are causing potentially irreversible damage to the planet’s capacity to supply the goods and services on which we depend, creating significant risks to society. It was commissioned to change the debate around the economics of biodiversity, in the same way that 2007’s landmark report The Economics of Climate Change: The Stern Review changed climate change discourse.

The economy within the environment

At the heart of the Dasgupta Review is the concept that the economy sits within the environment, not alongside it. Nature provides the goods and services that form the basic building blocks to support life – clean air, water, food – as well as other vital regulating services, such as nutrient and carbon cycles. As such, some economists view nature as an asset, with estimates valuing its ecosystem services at more than 1.5 times the value of GDP.

The review captures this idea by describing three different types of capital – produced, human and natural – which provide different services and interact with each other to support a functioning society (Figure 1). 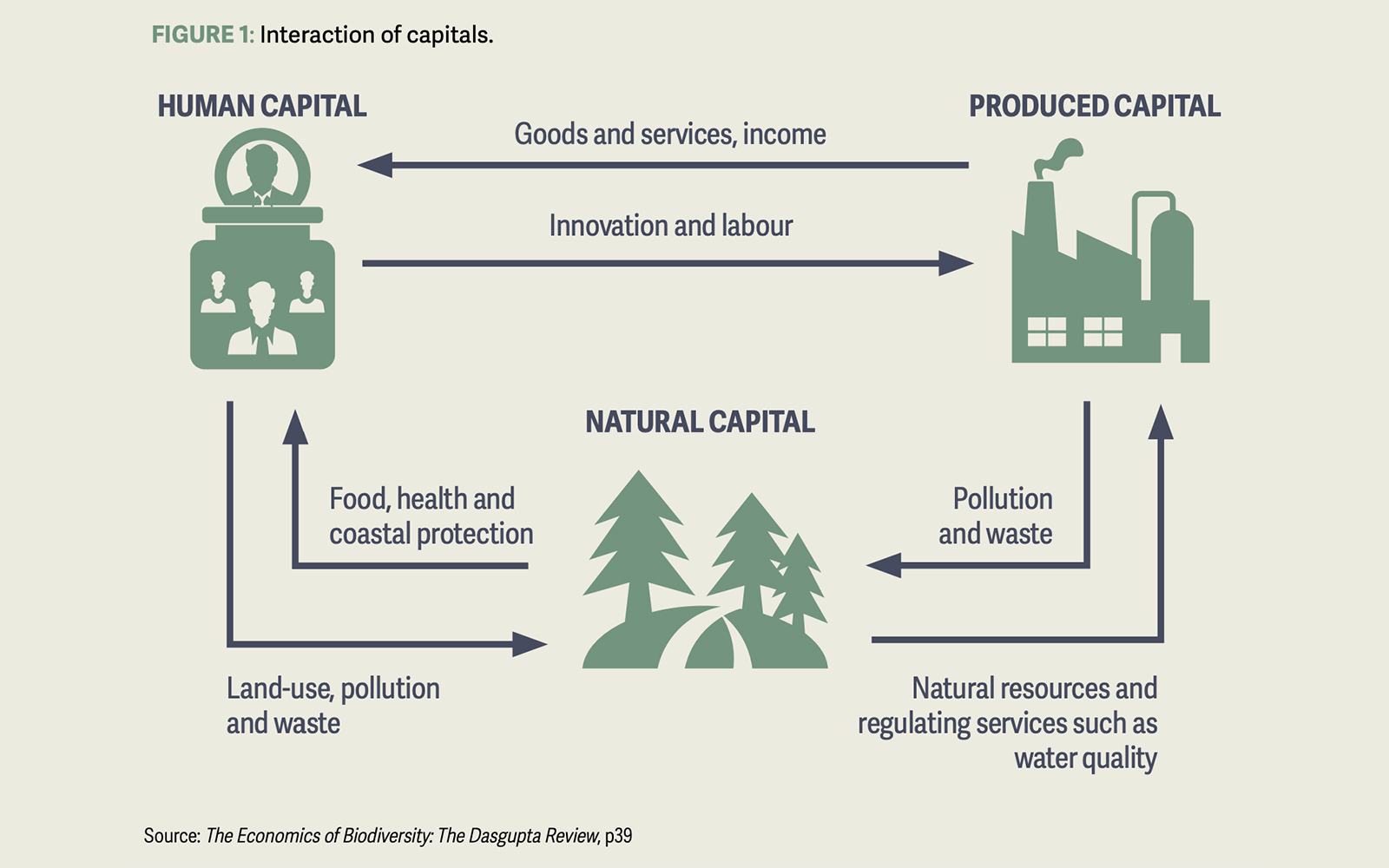 The review refers to the overall stock of these three different capitals as our ‘inclusive wealth’. As we increase all three capitals, we increase our overall wealth. Conversely, neglecting one of these different types of capital could lead to the loss or malfunction of the services it provides, undermining the viability of other types of capital and creating unwanted economic consequences.

The Dasgupta Review stresses that we are failing to keep the three capitals in balance; we have steadily increased our produced capital stock while drastically depleting our natural capital stock. It is estimated that, between 1992 and 2014, produced capital per person doubled, human capital rose by an estimated 13% and natural capital decreased by around 40%. A range of global indicators suggest that the ecosystem’s extent and condition are declining by at least 4% per decade. When measured in 2019 they were, on average, nearly 50% below estimated natural baselines. This is stretching the limits of Earth’s environmental systems.

One challenge is that natural capital is highly localised, so damage is often visible only to those directly affected; for example, a polluted watercourse can greatly impoverish the local community that relies on it, but its effects are not felt by the wider world. This means the damage caused to natural capital in one place can be used to increase produced capital in another place – often another country. If a watercourse is damaged by pollution from mining metals to be used in mobile phones, there is depletion of natural capital where the mine is located, but an increase in produced capital where the phones are manufactured. This dynamic is particularly important in the developing world, where natural capital is of much greater relative importance to overall economic wellbeing.

How is this translating to real world?

The depletion of natural capital is increasingly recognised as a significant long-term risk to society. In the World Economic Forum’s Global Risks Report 2022, environmental risks are cited as the five most critical long-term threats, and the most potentially damaging to people and the planet. These risks are not expected to take a linear form and could result in ‘green swan’ events as tipping points are breached, leading to abrupt and irreversible changes to natural capital services.

The World Bank estimates that ecosystem collapse would negatively impact GDP by 2.3%, with significantly higher impacts in emerging economies. This, the modellers stress, is likely to be an underestimate, as it does not account for a full range of ecosystems or their dependencies. In other analysis, the World Economic Forum estimates that US$44trn of economic value – more than half of the world’s GDP – is moderately or highly dependent on nature that is currently at risk.

What can we do?

Delivering these changes will require action from all parts of the economy, and there is a clear role for actuaries to play in promoting and valuing nature when assessing risks. If we can quickly and effectively integrate these considerations into our work, we will be helping to tackle an emerging natural crisis.