On the trigger: The role of parametric insurance in Africa’s energy transition 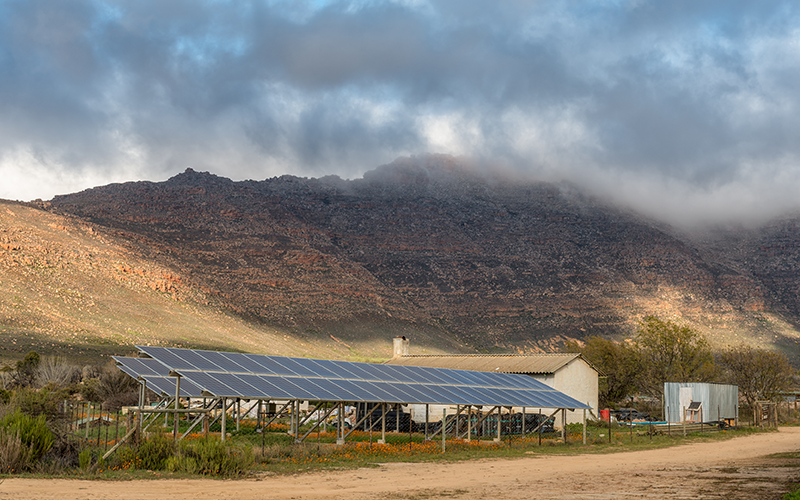 Extreme weather events are increasingly prevalent around the world. Flooding in Europe, Africa, Australia and China has had catastrophic effects this year, throwing the impact of climate-related risks into stark relief. Coupled with rising sea levels that threaten coastal regions, extreme weather events are proving harder to predict as they become more severe and frequent. This highlights the need for us to build, adapt and prepare.

At COP26 in November 2021, climate mitigation and climate resilience were emphasised as being equally important for dealing with the impact of climate change on people, economies and the environment. This is particularly true of Africa, which, rather than reacting to devastation, should build infrastructure to proactively prepare for higher weather volatility.

Every year of delayed action puts the world on a path to exponentially greater losses and damages. The further we go down this path, the more we will be locked into its trajectory and the harder it will be to change the outcome, as the Intergovernmental Panel on Climate Change’s Sixth Assessment Report established.

Parametric insurance products could help, enhancing resilience via targeted and clear protections against the most direct climate threats to insureds. Furthermore, parametric insurance offers mechanisms that could support the transition to renewable energy generation, providing risk transfer for solar, wind and other renewable energy investments and thus increasing their security and attractiveness to investors.

The majority of African countries, if not all of them, have deficient electrical infrastructure and are plagued by frequent power shortages and blackouts. Extreme weather events threaten to exacerbate this issue. There are other challenges, too: increasing political risk from violence, terrorism and military coups is increasing uncertainty in many African nations, impeding the continent’s desire to transition to green energy.

Africa has so much accessible sunlight that its solar energy generation costs could easily be among the lowest in the world. This potential is reflected in the nearly 500% growth of photovoltaic capacity it has experienced since 2015. However, renewable sources such as solar produce an inherently fluctuating electricity supply, and thus an electrical grid imbalance. Photovoltaic energy output falls in higher ground air temperatures, or in lower solar radiation levels caused by greater cloud cover. Wind turbines, meanwhile, are imperilled by the excess wind speeds of severe storm and cyclone events, causing drops in power generation.

As weather patterns become harder to predict, renewable power suppliers must increase their resilience if they are to avoid supply interruption and increase consumer confidence. Since an optimally operating electrical grid requires a balance of supply and demand, the transition to intermittent renewable energy sources is complicated by the fact that it is taking place at a time when power consumption is increasing.

The role of parametric insurance

Parametric insurance increases resilience in economies that are highly susceptible to climate-related risks, offering mechanisms for a more secure transition to renewables. Weather volatility such as cyclones or solar irradiance variability hinders the smooth production of renewable energy; however, parametric products may also be triggered by these same events and protect both suppliers and consumers against adverse financial consequences. They also provide foundational reassurance for those investing in renewable projects.

Parametric products differ from indemnity coverage in that the protection is based on the occurrence of a clearly defined event, rather than an experienced loss. They benefit from a shorter cycle – from the loss-causing event to the settlement – than indemnity-based insurance, enabling transparent and potentially faster payments to the insured. They can also act to augment indemnity policies, rather than wholly replace them.

For example, a parameter cover could be based on wind speed for a supplier that operates a wind farm. The wind speed at which the policy would trigger would be a function of historical data and forward-looking analysis. It could be set at thresholds that are tailored to the requirements of the insured, in line with the expected economic loss of the trigger event, therefore minimising basis risk. In the event of excess windspeed requiring the shutdown of turbines, the producer is covered against loss of output and resultant financial loss. Where there is insufficient wind, the policy provides cover against the loss of income resulting from reduced generating capacity. Thoughtfully formulated triggers and pay-out conditions offer power suppliers security and clarity, while enabling secure investment into the green energy transition.

Renewable energy projects in Africa can also be supported by parametric insurance if power producers cover against volatility in wholesale electricity prices, differentiated from a pure energy price derivative via the requirement for insurable interest. This type of cover enhances the appeal of renewable projects to lenders, as they can be assured that the project will be able to meet its interest and principal repayments, regardless of price fluctuations in the power market.

While parametric products use new datasets to build tailored cover, it is important to consider the objectivity of data sources. Fortunately, the data revolution of the past two decades has significantly widened accessibility to large and pertinent datasets that are often publicly funded and open source. The greater availability of parametric insurance based on this data has contributed to increasingly mature products that emphasise the clarity of settlements above other offerings in the market.

Parametric insurance products are an efficient and practical solution for ensuring that renewable energy security continues to power Africa. To break away from our current pathway, we must take effective action now.