A shock to the system: reforming UK energy supplier regulation 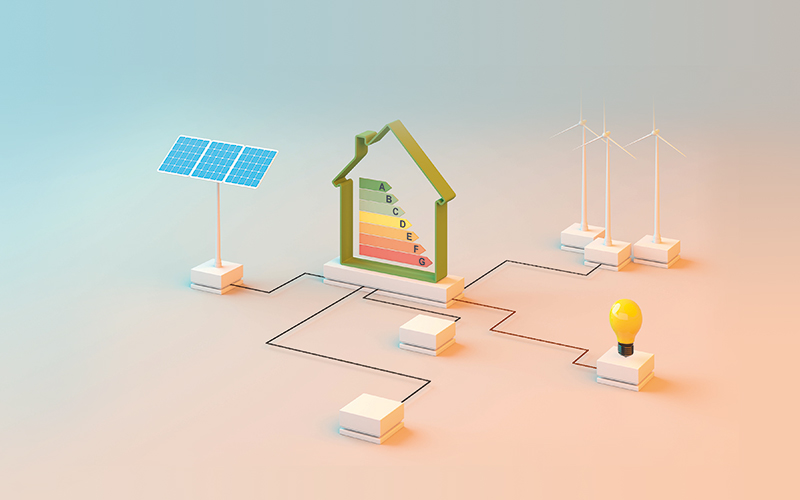 Much like the 2007–2008 global financial crisis, the current energy crisis is having far-reaching consequences for UK households, firms and global economic activity.

UK wholesale gas and electricity prices increased at unprecedented levels last year. This was caused by several factors, including lower stored supplies following a cold winter in Europe, inadequate preparation to transition away from non-renewable energy production, a high dependency on overseas wholesale prices, and a rise in global demand since the start of the pandemic. These factors have led to increases in energy bills for customers, as well as supplier failure. Since 2017 more than 50 energy suppliers have failed, with around 30 of those failures having occurred during the past year.

When a supplier fails, customers are typically moved to a new supplier through Ofgem’s Supplier of Last Resort (SoLR) – effectively a safety net where another supplier will acquire the customers, ensuring continuity of supply for those affected. A separate ‘special administration process’ is reserved for suppliers deemed too big for SoLR; in this situation, an administrator is appointed to run the company until it is rescued or sold, or has its customers transferred elsewhere. This was used for the first time in November 2021 to protect over 1.5 million Bulb energy customers when the company fell into financial difficulty.

The current estimate of the cost of supplier failures is more than £3.5bn. This is driven by several factors, including the acquiring suppliers in the SoLR process paying high wholesale costs for energy for new customers that cannot be recovered directly, and failed suppliers having spent customer credit balances prior to collapse. Costs are due to be recovered from all customers via a levy on network costs. Customers are facing additional costs of £68 per year due to supplier failures, and further increases are expected. With more than £500m of UK consumers’ money having been lost due to collapsing firms using customers’ credit balances, there are calls to protect customer deposits. In February, British Gas’s parent company Centrica announced that it was holding £294m in a separate bank account and called on Ofgem to make sure other energy suppliers follow suit.

Supplier failure is often caused by failing firms offering unsustainably low prices that they are unable to honour in an environment of increasing wholesale prices, particularly if they have no hedging arrangements in place. Customers moving to a new supplier will therefore typically see an increase in their energy tariffs, although they are protected from the full force of wholesale energy increases by the energy price cap.

The energy price cap was first introduced by Ofgem in 2019 and is applied to most residential energy customers but not to fixed-term tariffs, standard variable green tariffs or commercial customers. The cap determines the maximum cost per unit of electricity and gas that suppliers can charge to customers and is recalculated twice a year, with updates effective from April and October. The calculation is based on several factors, including wholesale prices.

While the price cap protects customers, it poses a challenge to energy suppliers. A failure to hedge against increases in wholesale prices gives rise to an exposure to increasing costs that cannot be reflected in customer pricing due to the price cap. However, hedging itself leads to the risk of stranded positions if wholesale prices fall. Consider the following two scenarios after the price cap change in April:

Scenario A – wholesale energy prices continue to rise. The supplier may hedge against rising prices for existing customers by purchasing forward contracts for energy based on the level of the price cap, but it is a different matter for new customers. Under the current methodology, the index used to set the April cap is based on wholesale prices during a six-month observation window from August to January. Firms will not be able to fully hedge against rising prices as the rates will no longer be available. This leads to a guaranteed shortfall for the supplier. While switching levels are low as the methodology lag means the capped tariffs are among the cheapest in the market, new customers may be acquired from the SoLR process.

Scenario B – wholesale energy prices fall and are now lower than the price cap. Suppliers may be unable to reduce costs quickly for existing customers if they have fixed their prices through forward contracts. Customers are therefore often enticed to switch energy providers so they can benefit from the reduced prices, leaving the original supplier with an oversupply of energy at a higher cost. Once again, there is a guaranteed shortfall for the supplier.

The UK government, Ofgem and other industry participants are exploring options to reform the price cap methodology and have announced a series of consultations. They are also reviewing the drivers of firms’ failures and exploring wider market reform options.

While there have been several factors leading to energy supplier failure, many have been caused by inadequate risk management and hedging arrangements together with insufficient capital reserves, leading to a weakened balance sheet when energy prices rise. The excessive risk taking from financial institutions in the lead-up to the 2007-08 global financial crisis led to a major rethink of financial regulation and ultimately led to Basel for banks and Solvency II for insurance companies. Similarly, the energy crisis has exposed underlying weaknesses in the framework of regulation. Reform is needed to ensure business models and customer pricing are sustainable.

Ofgem’s current regulatory regime is based on a statutory framework set by Parliament.  This includes requiring suppliers to hold energy licences and to follow industry codes and standards. However, the bar has been low for new suppliers entering the market and the regime falls short in many areas, particularly when it comes to ensuring that companies have an effective risk management culture in place. The regime is also lacking in the areas of recovery and resolution, with no requirements for companies to prepare detailed recovery plans.

An opportunity for actuaries

The volume of recent supplier failures shows that there are opportunities to improve the regulatory regime. A good financial resilience framework should consider the following:

Reforms to the energy market could create opportunities for actuaries. The application of a risk-based capital regime would increase the need for technical expertise and, with knowledge of Solvency II and Basel, actuaries are well placed to provide support. It is a non-traditional sector for actuaries and one where we can add value.

Solvency II has protected insurance customers and the financial stability of the insurance market, but it is sometimes criticised for creating an unnecessary regulatory burden for firms. Hopefully, with adequate market consultation and pragmatism, a financial resilience regime can be created for energy suppliers that promotes competition, ensures market stability and protects consumers.

This article appeared in our May 2022 issue of The Actuary.
Click here to view this issue
Filed in
General Features
Topics
Risk & ERM
Environment
Regulation Standards