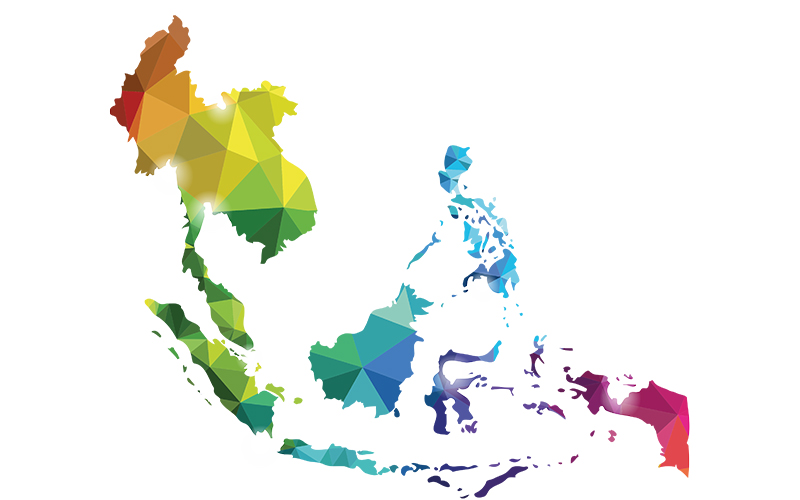 South-east Asia is a diverse region comprising 11 countries, with a growing economy of more than US$3trn GDP and over 650 million people. The population is young, with a median age of around 30 years and a current life expectancy at retirement of 15–25 years.

Each country in the region has its own unique public pension and social security system, which meet the needs of their different economies and populations. This has led to a plethora of occupational-based post-retirement employee benefits in the private sector, supplementing the public pension and social security system. These include annuities, dependant annuities and post-retirement medical benefits.

In south-east Asia, the most common form of retirement benefit in both the public and private sectors is a lump sum at retirement. Retirement benefit in the form of an annuity is uncommon, especially in the private sector. In the insurance markets, annuity products are also less common than lump sum savings-type endowment products. For the average person, the value of money today is a lot more than the value of future money.

For the few benefit schemes that do provide annuities, setting actuarial assumptions is a challenging task. In the absence of reliable annuitant mortality tables at the desired level of granularity, it is not straightforward to assess base mortality levels, the shape of the mortality curve or mortality improvement rates. While population statistics are normally readily available, there is significant heterogeneity, as socioeconomic differences between the population and the scheme are significant.

Insured mortality tables are available in the larger south-east Asian markets. In markets where the insurance industry is in its infancy, we have used a cubic quasi-binomial regression to develop insured mortality tables from scratch, using data science techniques. This is because the traditional methods of collecting death and exposure statistics are not possible, as it would take many more years before there would be sufficient death claims to achieve the desired credibility.

The insured mortality tables, which typically better reflect the socioeconomic characteristics of the annuitants, are more suitable to be used as a starting point. We have applied modifications, such as the Coherent Kannisto method, to extend the insured mortality tables to the older ages. Significant judgment and baselining are required in carrying out such modification in order to ensure that we obtain the desired shape of the mortality curve.

Dependant annuities are an extremely rare benefit in this part of the world. In a few select schemes, typically designed and implemented during the end of the colonial era, spouses and/or children are entitled to a portion of the annuitant’s benefit on the death of the annuitant. These schemes are now very mature, with most scheme members being in retirement or deceased.

During the earlier years of dependant annuity schemes, little attention was paid to assumptions relating to dependant benefits, such as proportion married, number of children and age differential with dependants. At that time, these assumptions did not have a material impact on the overall results due to the time value of money. Furthermore, the simple actuarial models used in the past did not model all benefits at a granular level. However, the financial significance of dependant benefits is now high, as the schemes have matured.

In practice, for dependants to receive the dependant annuity, they need to register with the scheme. Many scheme members are not aware of the dependant annuity, so a lot of eligible dependants are not registered. There are also various other operational challenges, such as the inability of the scheme and the registered dependants to maintain necessary communication; this leads to significant amounts of unclaimed money. On the other hand, actuarial assumptions relating to dependant benefits, such as proportion married, number of children and age differential with dependants, are normally determined with reference to population statistics.

This has resulted in overly conservative actuarial provisions, as expected payments are far in excess of actual payments that are made to dependants. Many schemes have rules requiring efforts to identify and track down dependants, but these efforts are cumbersome and often do not have productive outcomes. At the same time, efforts to release these provisions by reflecting the observed low utilisation of dependant benefit would often face governance-related challenges.

It is common for employers to provide medical insurance as an employee benefit. This typically covers inpatient expenses in private hospitals and may include outpatient private medical expenses. Most of these benefits cease upon an employee’s retirement; a select few employers provide medical benefits for retirees, and these are mostly self-funded. The supply of medical insurance beyond retirement age is uncommon in the market, with insurance companies shying away from old-age medical claims risk and long-term medical inflation risks.

“Retirement benefit in the form of an annuity is uncommon, especially in the private sector”

In addition to the annuitant mortality rates described in the previous section, there are two additional critical actuarial assumptions when it comes to valuing post-retirement medical benefits. The first is the medical claims incidence risk, which is highly industry and socioeconomic-specific. While statistics for hospital admission rates are generally available at population levels, this tends to deviate significantly from the scheme-specific experience. Furthermore, even for larger schemes, scheme-specific experience is only credible at working ages and not in retirement. The second critical assumption is medical inflation. It is almost inevitable that employers that provide post-retirement medical benefits will underestimate the impact of medical inflation. In larger south-east Asian markets, general inflation is typically less than 5% per annum, while annual medical inflation of more than 10% per annum can frequently be observed.

Many post-retirement medical benefit schemes have taken actions to manage rising medical costs. One effective but unpopular solution is to limit post-retirement medical benefits up to a certain age or a number of years post-retirement. Other solutions include redirecting retirees to lower-cost medical service providers such as government and semi-government healthcare institutions, negotiating cost reductions with medical service providers on a bulk basis, and introducing wellness programmes to improve retirees’ health and wellbeing.

Valuing and managing employee benefits in south-east Asia is a unique actuarial endeavour. The practical challenges range from balancing the credibility and relevance of demographic assumptions to predicting long-term economic and behavioural trends. Actuaries often do not have any realistic reference points to rely on, resulting in unreliable pricing assumptions.

Nicholas Yeo is the founder of Nicholas Actuarial Solutions

This article appeared in our May 2022 issue of The Actuary.
Click here to view this issue
Filed in:
General Features
Topics:
Investment
Pensions
General Insurance