Ibrahim Muhanna looks back on founding the first independent actuarial consulting firm in the Arab world, and supporting actuarial education in underserved countries 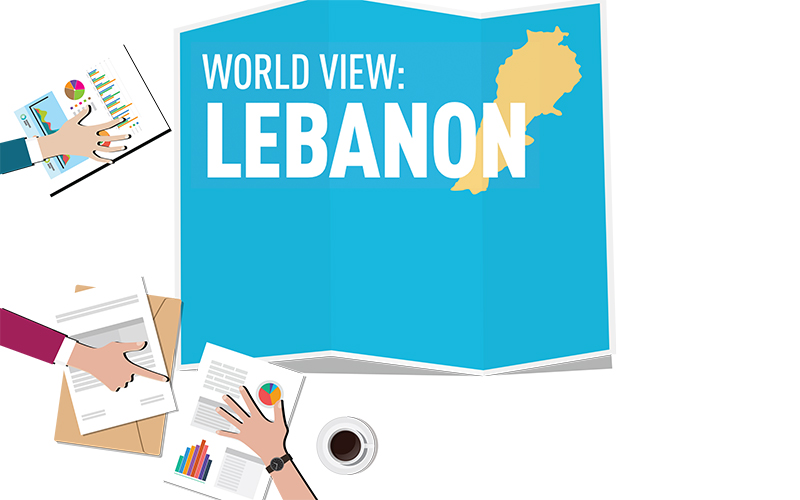 In 1978, amid Lebanon’s civil war, I returned to the country to be close to my parents and started working at a large national composite insurer. At the time, there were just six other actuaries in the country; four had studied in France and two in Switzerland. I was 24 years old; the next youngest actuary was 40. I had graduated from the University of Michigan at Ann Harbor and spent two years working for a small life insurer in the US.

During my six years in Lebanon, my actuarial work was minimal – but my actuarial education helped me think differently to others. This led me to management roles, and responsibilities supporting and developing insurance business for several countries in which my employer had interests.

In 1984, my home was hit by a rocket. Fortunately, my wife and three children survived it, and within a couple of days we were on a boat to Cyprus, fleeing the shelling. We had fled from the war a couple of times a year over the years, but that voyage was the start of an extended stay abroad.

In 1985, I surveyed the actuarial market in the Arab world and saw how much it was lagging behind. It had 13 actuaries in total (seven Lebanese and six Egyptian), not a single university taught actuarial science and no students were being sponsored to study abroad. The following year I established the region’s first independent actuarial consulting firm, expecting two major challenges: generating business and building actuarial capacity.

I divided potential clients into two categories: those being serviced by actuaries, and those that were not. As I approached those in the second category, I was faced with a lack of awareness about the profession from most management in the industry. This was compounded by weak insurance supervision at the time. It took me a few years to overcome this challenge. The journey to eventually working with hundreds of clients in dozens of countries was very interesting and rewarding.

Building capacity was an uphill struggle – but a joyful one. After 15 months of searching for local actuaries, I struck gold during the 1988 International Congress of Actuaries in Helsinki, when Harry Panjer gave me the name of a Cypriot undergraduate actuarial student whom he had taught, George Psaras. On my return to Cyprus, I located George, who happened to be married to his (actuarial) classmate – so by the end of 1988, the firm had two new actuarial analysts.

I educated our clients about the actuarial profession and encouraged them to send their children to become actuaries. I was committed to building my business and promoting the profession. By its tenth anniversary, the consulting firm had three qualified actuaries and nine students, most of whom have qualified since then.

The subsequent 25 years were by no means smooth sailing. With maturity comes different pains. As my consulting practice grew in 20 countries, my ego grew bigger. It took me a few years to understand and accept that ego is a self-inflicted injury – it can lead to humiliation and bad judgment. Another painful experience related to a breach of employment contract from some senior employees, causing the company more than US$1m in losses. I look back and try to draw lessons and share experience with others.

In 1992, I became heavily involved in assisting the development of the actuarial profession in ex-Soviet states through the International Actuarial Association Fund. In 1994 I established the Muhanna Foundation, dedicated to actuarial education in the Arab region and beyond. It gives me great pleasure to have witnessed the region transform from actuarially underdeveloped to developing; it is currently being served by more than 100 qualified actuaries and thousands of actuarial analysts.

In the next couple of years I will turn 70, and the time has come for me to set my exit strategy from the firm in motion. In my next life stage, I would like to concentrate on writing and be more involved in public speaking.

Ibrahim Muhanna is the founder of the first independent actuarial consulting firm in the Arab world. In 2007, he was awarded the National Order of the Cedar by the Lebanese president, and in 2020 received the International Actuarial Consulting Association Max Lander Lifetime Achievement Award

This article appeared in our March 2022 issue of The Actuary.
Click here to view this issue
Filed in
General Features
Topics
Global
Careers