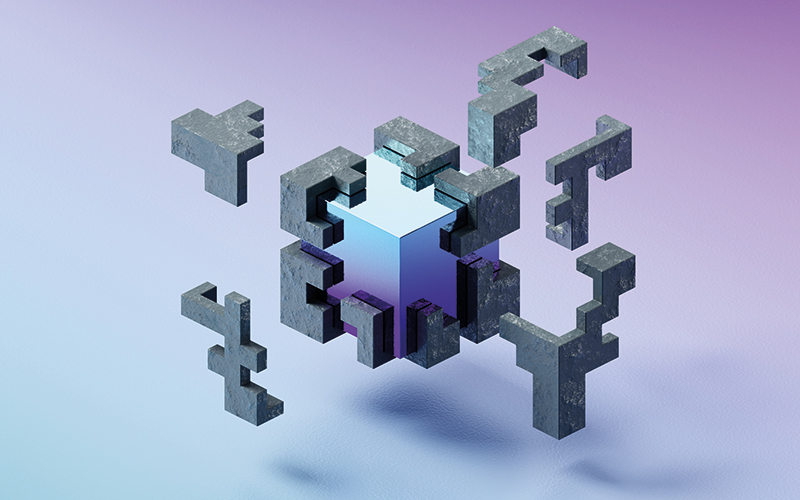 A blockchain can be thought of as a database that is shared by participants – imagine each participant as a computer or node. Every participant either has a partial or complete copy of the database, so they can all compare their copy of the database and agree to its authenticity. Data is stored in units called ‘blocks’ that are joined together in a ‘chain’ – hence ‘blockchain’. When a new block needs to be added, a message goes out to existing nodes, and participants validate the new block. Once the block is validated, it is added to the existing blockchain and all participants update their copies.

A blockchain is not a cryptocurrency; it is the implementation of a protocol that makes the above database work. It is immutable (an existing block or a record cannot be changed) and distributed (its digital ledger is spread across a network). Smart contracts are a form of digital, self executing contracts that sit on the blockchain – how could they benefit the insurance industry?

What is a smart contract?

A smart contract is an agreement in the form of computer code. It is essentially a combination of three components: contract storage, a balance, and program code. The program is implemented and runs on a blockchain. Once created, it is added to the blockchain and is available to all nodes. The smart contract program self-executes when all predetermined conditions per the contract are met. Once created, it sits on the blockchain and cannot be altered. Executing on a blockchain means that the contract requires no intermediary.

Let’s say that a customer would like to cover the risk of a flight delay for £10,000. They pay their insurer the premium of £100 and a smart contract is created. The insurer puts £9,900 towards the contract. The holding of the contract is equal to the sum assured amount of £10,000. If the flight is delayed, the contract self-executes and transfers the amount to the customer; if not, it goes to the insurance company.

Contract execution is instantaneous and hassle-free. It removes much administrative work, introduces greater automation, removes the intermediaries required in financial transactions (banks) and reduces delays in claim settlements. This means the insurer can remove some of its existing infrastructure, reducing claims processing costs (although there would be new costs involved, relating to energy, hardware and the incentives paid to the nodes validating transactions). In this way, blockchain and smart contracts could bring down claim management costs and boost transparency.

In the simplified flight delay example, the insurer holds the full amount of the claim, not the expected payout. In reality, the insurer would hold best-estimate reserves plus a margin for adverse deviation in an account. All contracts would be connected to this account and claims would be drawn from it.

How can the insurance industry benefit from smart contracts?

The insurance business runs on contracts, promising to cover the risk of an insured event. These contracts are not currently self-executing. Claim processing today involves complex administrative tasks, which can be simplified by migrating to smart contracts. The process of claiming will be more algorithmic (and thus transparent to the policyholder), faster, and potentially less expensive for the company.

In addition, record keeping can also be done on a blockchain, which makes it easier for insurance companies to identify and validate asset ownership and assess underlying asset value and associated risks before underwriting. Some companies are experimenting with this technology to track the collateral used to back loans.

One challenge to smart contract implementation is the complexity of insurance contracts – the flight delay example given above is simplistic. However, as the technology matures, more complex contracts can be brought into the fold.

Another issue is that, while operational transparency may be valued by customers, implementing a public blockchain will make certain information visible to all users, which could raise concerns around privacy. Part of a potential solution would be a private blockchain used by private customers and engineered by a consortium of members that limits information and functionality to certain participants.

Legal frameworks around blockchain are still being developed, so conversations with regulators and governments are important. For blockchains spanning multiple geographies, compliance can also be an issue if there are conflicting regulations.

Energy use and transaction latencies are further challenges. Existing blockchain technology is energy-intensive, although efficiency may improve with engineering improvements and newer protocols. Transactions are validated by mining, where miners solve high-level complex cryptographic problems and are given a small fee for their work. However, engineers are experimenting with new blockchain implementations to bring down transaction time.

A significant issue is that governments, corporations and the general public largely don’t trust blockchain technology at present. While some not-for-profit organisations are trying to educate people about this technology, industries and companies must also invest in educating themselves.

Despite these challenges, the potential of smart contracts cannot be overlooked. While individual companies conduct their own experiments, industry leaders could come together to establish industry forums and working groups to share knowledge. The conversation must also involve IT specialists, regulators and standard-setting bodies, and extend beyond the insurance industry.

The views and opinions expressed in this article are those of the author and do not necessarily reflect the official policy or position of his employer, nor of the actuarial bodies of which he is a member.

Adeep Jain is a director at MetLife GOSC

This article appeared in our March 2022 issue of The Actuary.
Click here to view this issue
Filed in
General Features
Topics
General Insurance
Technology