SPONSORED ROUNDTABLE: A future worth living 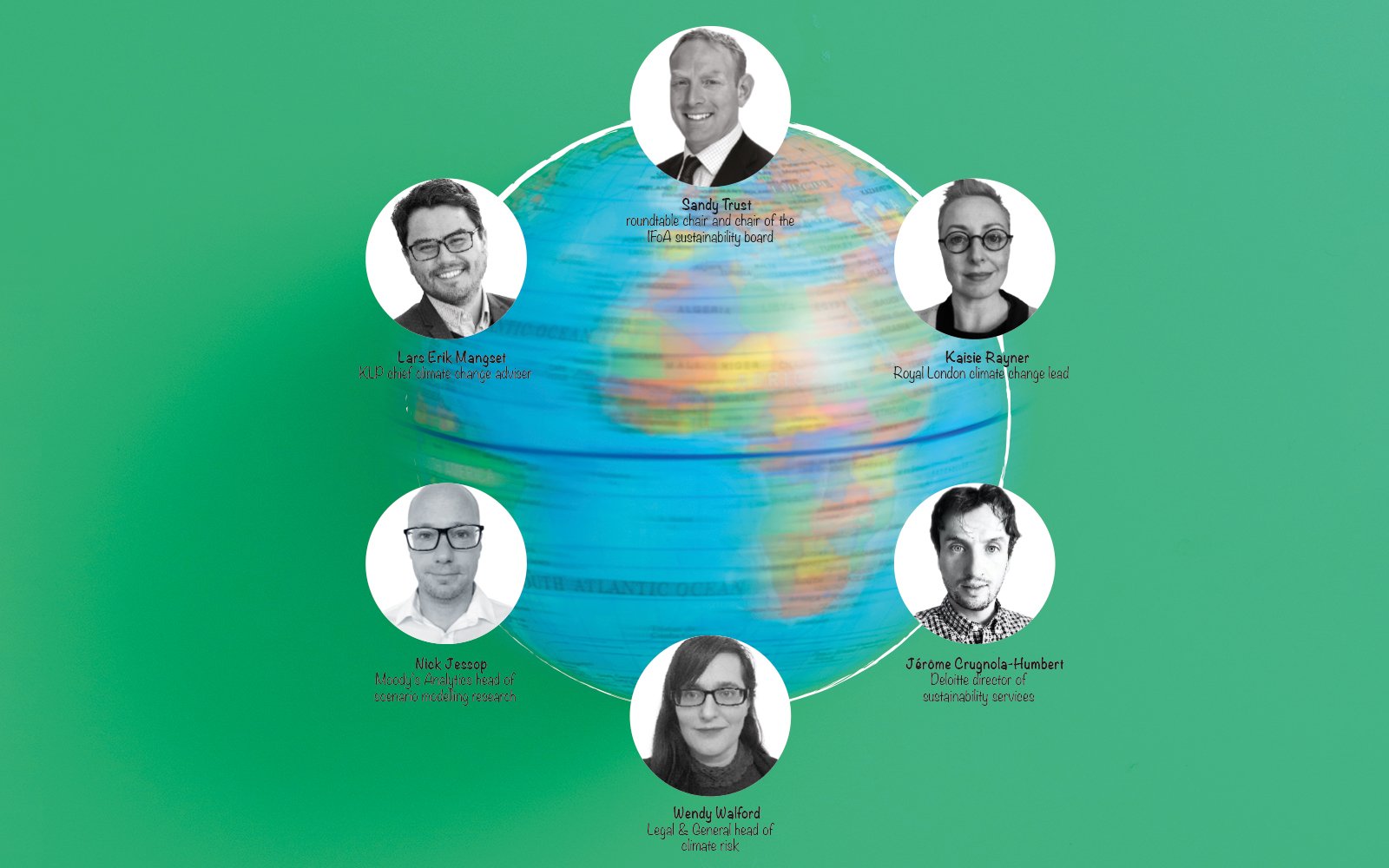 Investors, regulators and actuaries are grappling with the financial impact of climate change. However, that struggle is posing as many questions as it gives answers. A joint roundtable expert discussion by The Actuary and Moody’s Analytics reveals how the issue is informing companies’ strategic focus – or not.

Much has changed in recent years, even before COP26 last November. Royal London climate change lead Kaisie Rayner says the biggest difference is the engagement across the financial services sector, with recognition of the problem now widespread. “Five years ago, I would have been talking about climate change to two people and have to force them to be in a room with me, and now I can be talking about what it means for financial institutions every week, with 100 people on a call,” she says. “We’ve got buy-in across the industry. We don’t have the answers yet, but the first step is recognising that there is a problem and that financial institutions have a role to play in addressing it.

This leaves investors dealing with how to position portfolios long term. KLP chief climate change adviser Lars Erik Mangset says aligning portfolios with a net-zero target – a 1.5°C emission trajectory – provides a benchmark to assess investments against. However, this is an inexact science that is full of unknowns, with the scope of climate risk assessment being “quite wide” under Taskforce on Climate-Related Financial Disclosure (TCFD) recommendations.

“It’s not only carbon pricing and development in the energy sector, but also political intervention, technological development, and the pace and diffusion of that and anything that happens in the marketplace,” said Mangset. “We want to align ourselves with the Network for Greening the Financial System (NGFS), because we think it’s important that the financial industry looks at the same scenarios if we want to have any sort of comparability between different types of institution. We also need to figure out how we address risk factors that are not so easy to quantify today.”

Deloitte sustainability services director Jérôme Crugnola-Humbert notes that, while NGFS scenarios are central as a reference for regulators and companies, interpretation is needed of their “high-level specifications”, which may differ between firms and regulators. “Here is where actuaries have a role to play in helping bridge the high-level economic variables from the NGFS scenarios so they can be used in insurers’ financial projection models,” he says.

Siloed working is an issue, he adds, with actuaries specialising in underwriting or assets, life or non-life, and so on. “Companies that I’ve seen, either from the regulatory point of view or as a consultant, are trying to acknowledge that and make various types of actuaries work together, as well as with other professionals and scientists.”

Nevertheless, there are shortcomings in using scenarios. “We might fall into the pitfall of false accuracy,” Crugnola-Humbert continues. “Integrated assessment models tend to be complex and technical, and may hide huge model risk. Sometimes I wonder – and I know this hurts comparability – whether it would be better to have simpler models that are more transparent about which subjective assumptions are being made around transition pathways, policy, technology and the like, rather than retreating behind a NGFS scenario.”

Legal & General head of climate risk Wendy Walford agrees that this is a crucial area for actuaries to engage in. The fact that there is uncertainty and that outputs from these models are going to be wrong “doesn’t mean they don’t have useful information”, she says – but “balancing that understanding” is vital. “The concept of false accuracy in these scenarios is important, because it’s not telling you that if we delay action for 10 years, we’ll still achieve 1.5°C – I don’t think that’s likely at all. It is trying to explore some of the interactions and changes in the risk profile that can inform the decisions made today.”

Moody’s Analytics head of scenario modelling research Nick Jessop points out that there is huge uncertainty around the economic implications of confronting climate risk, despite widespread acceptance that this must be done. “In the past 10 or 20 years, people have realised that the costs of doing nothing are going to exceed the costs of dealing with climate change.”

However, Rayner points out that there are huge gaps in the models, which consequently do not take key issues into account. “If we’re just thinking about asset values and how they might impact an insurer, the models aren’t looking at other things that impact company profitability. What does your client base look like? Who do you provide products to? What if half your customers work in sectors facing large climate transition risks? Does that mean your income-generating potential goes away, so you are impacted from a commercial perspective, even if not from a solvency standpoint?” she asks.

“If we’re heading down a pathway in which the world delays climate action, at what point does the social norm about saving for the future break down? At what point do people say, ‘I’m going to spend my money while I can’, so we end up in a society where nobody saves? How uncertain and volatile must the economy be before saving and insurance take lower priority than immediate needs? None of these things are accounted for in scenarios for actuarial processes.”

Crugnola-Humbert points to the growing gap between the most advanced companies and other practitioners, with minimal regulation on investing in thermal coal or in new oil exploration, for example. “Big companies that are members of the net-zero alliances are moving beyond that and excluding it, but it’s still allowed from a regulatory point of view, and you don’t yet have any green or brown factors that would discourage it in capital calculations and capital management.

“I’m worried that there’s a huge gap, becoming bigger by the day, where some opportunistic financial players that don’t care much about their public reputation and society at large would keep financing and insuring it.”

Legal & General was one of the first UK insurance companies to publish a TCFD report; it has now done so for the past three years. “Starting is the most important thing you can do,” says Walford, acknowledging that “a lot of what we’re doing in this space is on a best endeavours basis” and that the process will “evolve and mature”.

Hedge funds will be required to start reporting to TCFD over the next two to three years depending on their size, with bigger pension funds expected to do it sooner. “Just about everybody’s going to be caught up in it,” points out Jessop.

Are there lessons for TCFD from Own Risk and Solvency Assessment (ORSA)? Crugnola-Humbert describes ORSA as a “default box for climate risks”, traditionally involving a three-to-five-year business planning horizon, and adds that, for climate change scenarios to be meaningful, “we need to look several decades ahead”.

Comparability is a contentious point, with regulators, investors, NGOs and civil society trying to make sense of individual factors that land in ORSA. This is highlighting a skills gap. “Every year, every actuary in every country should have some continuous education about sustainable finance and climate change, both from a qualitative and quantitative point of view,” Crugnola-Humbert says.

Rayner argues that TCFD is “not just about disclosure” but also making sure companies have thought about climate risks and opportunities – particularly when it comes to governance structures and risk management. Transition plans need to be credible. “If a company says ‘we’re going to offset our Scope 3 emissions by planting trees over the whole planet’ and you have 17 competitors in your industry all saying the same thing, we only have one planet, so that’s clearly not possible,” she says.

Jessop notes that various methodologies and metrics are being applied to transition plans to enable advisers to “boil an assessment of a plan or firm down into a single number that you can link back to your view on what outcome you’d like to see”, with some assessment models looking at how carbon budgets should be divided up. “If you think about what happens at a global level when different companies make commitments based on scientific modelling, you start to see that being brought down to sector-level exposures and potentially firm-level exposures,” he says.

“With a lot of forward-looking metrics there are limitations, so they provide nothing more than an opinion on how well aligned you are. I personally like some of the metrics that focus as much on how you’ve done over the past few years, and are actually looking at progress to decarbonising or reducing your carbon intensity as a firm.”

For Walford, this raises questions about the purpose of metrics and targets. Huge systemic change is needed in the industry’s thinking and approach, but also globally and in the real economy, as well as in the directing of capital flows, she says. “Some of the firms that will be most pivotal in achieving a net-zero outcome may currently have a high carbon footprint, but are strongly investing in transitioning. They need to incorporate a full suite of metrics to be able to understand all the different exposures and what’s needed to support the strategic plan on transitioning. There isn’t just one metric that works – a lot of them are evolving over time.”

The elephant in the room is greenwashing; Crugnola-Humbert calls it “worse than climate inaction” because it creates the illusion that climate change is being addressed and the financial sector will “save the world”. He thinks actuaries have a role to play in giving a “clearer view of what’s green and what’s not”. This will mean working to a common framework; the EU and the UK are working on taxonomies. “This is not perfect, and there will always be loopholes and it is subject to fierce lobbying battles, but at least it gives a level playing field.”

Actuaries, investors, regulators and companies must still look at first principles, Rayner says. “If we fail in our response to climate change, we won’t have investment, we won’t have the economy, we won’t have our houses, we won’t have humanity. Without a habitable biosphere, all of those things disappear. It can’t just be a factor. It is the context, the theatre in which our lives, the economy, the market, everything else exists. Without the theatre, what are we doing? I think that’s the way we’ve got to look at it if we want our investment decisions to create a future worth living in.” 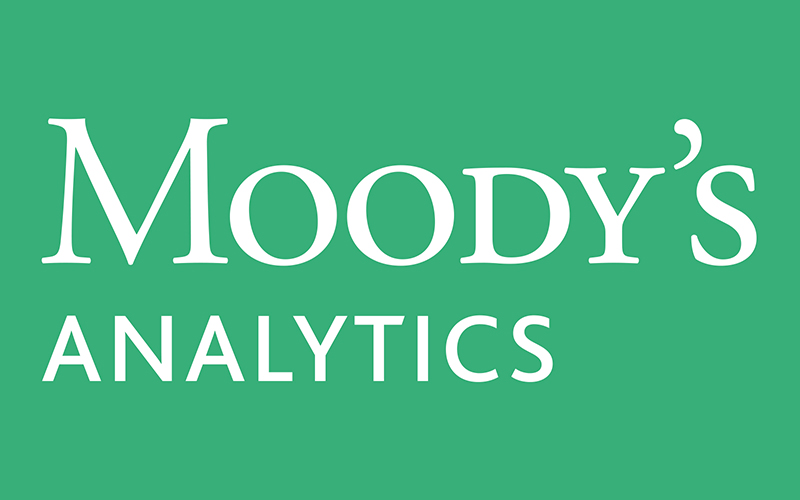 Sandy Trust, roundtable chair and chair of the IFoA sustainability board

This article appeared in our January/February 2022 issue of The Actuary.
Click here to view this issue
Filed in
General Features
Topics
Investment
Environment
Regulation Standards