Under the microscope: Financial regulation in small states

Servaas Houben and Ronald Ketellapper explore the challenges of financial supervision in small countries, looking in particular at Curaçao 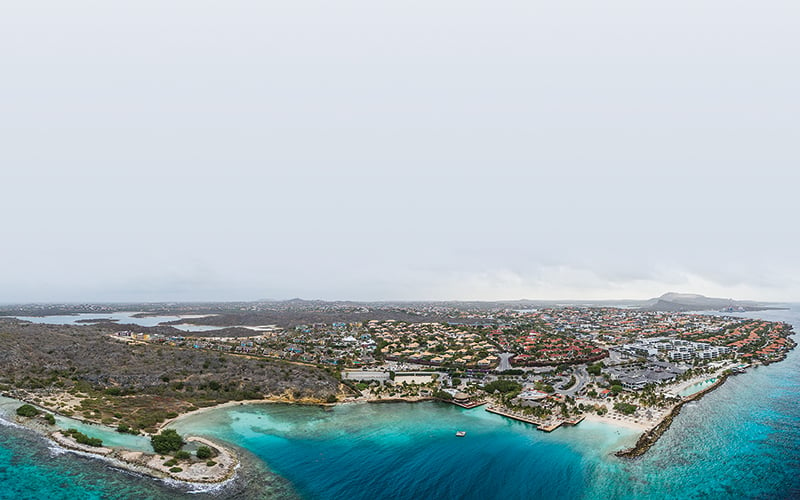 Financial institutions in small states often lack scrutiny from the media, rating agencies and shareholders. Supervisors must therefore take on a more active role to protect consumers and consumer confidence. Unfortunately, this mandate is not always fulfilled.

Small countries often follow – sometimes with considerable time lags – the example of larger countries (such as former colonisers), which are not necessarily right for them.

Through the example of Curaçao, a former Dutch colony in the Caribbean, we hope to draw lessons on what successful supervision in small island states could look like.

Curaçao’s regulations for financial institutions might be described as laissez-faire. Besides the compulsory reports delivered to the central bank, supervisors rely on the opinions of certifying auditors and actuaries to interpret the financial statements and form their own view. Regulations are more principles-based than rules-based, which can limit comparability between companies.

The island’s current insurance and pensions capital regime is identical to the former Dutch regime, where provisions use interest rates and biometric assumptions that were locked in at pricing, rather than updated best estimates. Sufficiency of provisions is tested by applying a principle-based liability adequacy test (LAT).

Under this regime, discount rates and biometric assumptions are set by pension funds and insurance companies themselves. These assumptions are not made public, nor is it compulsory to explain them in an annual report. This lack of scrutiny implicitly permits companies to apply soft assumptions in the LAT, and the level of prudence (and thus policyholder protection) varies. This has resulted in policyholders becoming the main stakeholders taking on the risks. In other words: private gains, public losses.

Capital requirements are also solely dependent on the product mix, and not on specific risks that the insurer is exposed to. This means that certain risks – especially asset, credit, longevity and operational risks – may not be appropriately accounted for.

Finally, the central bank has been relatively lenient with financial institutions that do not deliver financial statements on time.

In 2014, the major bank Girobank had to be bailed out and put under the control of Curaçao’s central bank, the CBCS. The CBCS did not disclose what led to the bank’s failure, or any of the actions taken to prevent it. Indeed, no specific measures by CBCS could be identified, and the central bank appeared to take action only after a bank run. Girobank was bailed out by a loan from the Dutch government, and bank account holders were safeguarded from substantial losses.

In 2020, dubious asset valuations by the insurance company ENNIA came to light. Following a 2006 transaction, ENNIA valued its property holdings in the Dutch Caribbean territory of Sint Maarten at $460m. A later independent appraisal placed its market value at around $50m. In addition, the transaction should not have taken place in the first place because the resulting asset portfolio conflicted with the principle of diversification. Unfortunately, the regulator did not intervene at the time.

Pension funds are also at risk. APC, Curaçao’s largest pension fund, is currently facing difficulties. Its asset-to-liability coverage ratio has not met the minimum required level of 105% for five consecutive years, hovering between 100% and just below 105% since 2016. So far, the CBCS has imposed no measures, such as requirements to reduce liabilities or increase levels of supervision.

An overarching issue in Curaçao is that financial regulations have not been updated recently. In the case of insurance, no fundamental changes have been implemented since 1992 (for example, the use of market-based valuation or current assumptions). Risk-based regulations such as Basel II/III and Solvency II have not been implemented, or are expected to be in the near future. The adequacy of Curaçao’s financial regulations has fallen behind, and the gap between the current and the ideal has increased over time.

Lack of resources and expertise can only explain this up to a point. There is a more fundamental difference between larger and smaller states, and that is the presence of indirect supervision by other stakeholders. These stakeholders include:

These factors severely weaken consumers’ position, and underline the need for more proactive intervention from regulators.

We believe that the current supervisory approach in Curaçao is not sustainable, and that the following changes could help move the country’s supervision in the right direction:

Bermuda is a small island state that has transformed its regulatory regime to include proactive supervision and risk-based regulation. The regulator makes use of supervisory tools, from fundamental risk assessments to taking action against financial institutions, including restructuring, where appropriate. The island has also implemented Basel III and earned its supervision regime Solvency II equivalence. Limited scale and resources do not have to hinder the implementation of more advanced risk-based regulations.

APC’s current situation means many individuals’ finances are at stake. The unacceptably high levels of uncertainty around Curaçao’s financial institutions could spill over to other sectors and harm the nation’s already-weak economy. We believe a change towards a more proactive and rules-based approach would result in better consumer protection, more confidence in the financial industry, and improvements to Curaçao’s financial industry as a whole. Effective supervision is a worthwhile investment; with improved supervision, there is nothing to stop Curaçao from becoming the Bermuda of the Caribbean.

Servaas Houben is actuarial manager at Ergo Insurance in Belgium