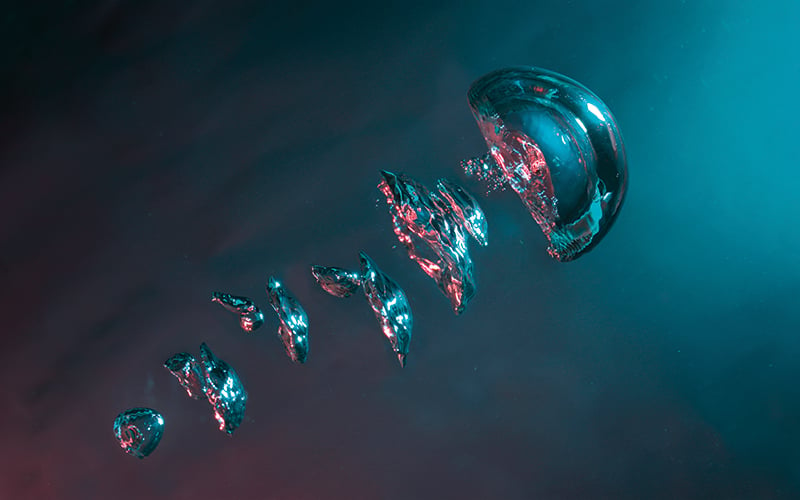 Insurers are built around numbers, such as probabilities, discounted values and target key performance indicators – so it’s no surprise that they spend a lot of effort trying to optimise their various metrics, including the equity/bond capital structure, strategic asset allocation, asset liability management optimisation, hedge programmes, matching adjustments, and so on.

In circumstances where reinsurance was sub-optimal, we identified several areas of weakness that would benefit from attention:

The assumption for many in the industry seems to be that, if reinsurance is a standard tool that has always been used in a particular way, then this current practice should be maintained. However, if this was the case, none of the above pain points would exist.

In recent years, numerous insurers have become less dependent on reinsurance services, and in many cases their appetite for retaining risks has grown. This has resulted in companies reassessing why and how they use reinsurance – prompting our working party’s current efforts.

There is a difference between doing the right things, and doing things right. Both are part of the enhancement process.

For some companies (considering capitalisation, the nature of their product portfolio, and so on) a reinsurance treaty might leave them worse off (profits forgone) without any benefit (since they are already well within their risk appetites). In such a case, they would be better off not reinsuring, rather than trying to optimise the reinsurance they have.

On the other hand, for a company whose results volatility is such that reinsurance is needed to keep adverse outcomes within its stated tolerance, the question isn’t whether to reinsure, but what reinsurance would give the best outcomes.

Reinsurance is sometimes purchased for reasons that are not financial. The ‘price’ of this support might be a material quota share of the product’s risks (and profits). An insurer that needs services such as product design, pricing, underwriting, claims and access to tools may agree to such reinsurance, even if the resulting risk transfer is not actually required by its risk appetite or capital constraints.

That said, while the decision to reinsure might be qualitative in nature, it is still recommended that the insurer attempts to quantify how much profit is, in effect, expected to be paid across for these services – quantifying the qualitative decisions.

Financial decisions are seldom one-dimensional. One cannot choose to invest in equity over cash merely due to ‘higher expected returns in the long run’ without considering the additional volatility (and therefore risk) produced by the decision. This also applies to reinsurance, where we recommend that three dimensions (‘vectors’) should be considered: profit, volatility and solvency.

Profit: What is the expected outcome over the next year? Whether to use International Financial Reporting Standards (IFRS), Generally Accepted Accounting Principles, return on capital (ROC) or something else will depend on what the company’s financial objectives are.

Volatility: What is the outcome in a bad year? Again, each company has its own preferences in terms of how it measures ‘outcome’ and how bad ‘bad’ is. It might be the one-in-10-year stress of the IFRS profits, or it might be the worst ROC expected over the next five years, for example.

Solvency: What is the outcome in a terrible year? We might, for example, look at a solvency ratio after a one-in-200 year event – but many alternatives are possible.

There are some quick rules of thumb for using vectors.

First, there isn’t just one vector. Consider a company that says, ‘We don’t need to buy catastrophe cover because we have a lot of capital.’ That might be true for the solvency vector, but it ignores the fact that the cost of the catastrophe reinsurance could be lower than the cost of capital for retaining the risk – and this concerns the profit vector.

Second, companies have different priorities. Depending on their products, resources, objectives and so on, an insurer might choose reinsurance that sacrifices profit in favour of solvency protection, while another might not enter into a treaty unless its own measure of the profit vector is enhanced. There is no universal answer.

Third, priorities change. A well-capitalised company might focus on optimising the profit vector, but then shift to making volatility or solvency its dominant vector if an event significantly reduces its resources.

Modelling is the easy part

There is nothing unusual about doing financial modelling to look at the profit and loss statement in an average year, a bad year and a terrible year; indeed, this is quite standard as part of general valuation and risk capital work. Typically, however, there are three ‘gaps’ in what is done with this modelling.

The first gap is that the company may not have set up constraints for its modelled results. For example, the model may show an expected ROC of 11% and a one-in-10-year stressed ROC of 5% – but without a statement of appetite, it’s unknown whether the company needs reinsurance to support it to at least, say, 7%. Many companies simply don’t have sufficiently detailed tolerances.

The second gap is that, while an insurer might have done suitable modelling on the portfolio (net of reinsurance), it is often missing the without-reinsurance results to compare the modelling against. As a result, there is no quantitative measure of how the insurer’s current reinsurance programme impacts its vectors (which represent its financial objectives).

The third gap is that, in addition to modelling the vectors as above, a truly optimal position can only be achieved if an insurer also models multiple variations of the reinsurance programme in order to find the best result. This would include modelling different reinsurance structures, retention levels, profit-sharing agreements and so on.

We’ve considered the vector approach in some detail because a) it can close a significant gap in the way companies optimise their objectives, and b) once this framework is in place, it allows many other aspects of the reinsurance framework to be optimised quantitatively, rather than via qualitative judgment.

Some examples of further potential enhancement include:

There are no rules stating that certain reinsurers are definitely better than others, but, ultimately, an insurer needs to ensure that its choice of reinsurers (and, indeed, the number of reinsurers it works with) best meets its needs in terms of company-wide optimisation.

The final chapter of the Life & Health Reinsurance Working Party’s paper, which will be available soon, addresses the matter of insurer-reinsurer relationships, noting that sometimes long-term relationships might be an important overriding determinant in the choice of partner.

Our message is not that all reinsurance is poorly done and needs to be ‘fixed’. Instead, the focus has been on identifying where improvements might be possible, and what steps can be taken.

The next few years will bring about changes to what reinsurance is bought, and from whom. IFRS17 will alter how the financials are calculated, for both insurers and reinsurers. This will have an impact on the effectiveness of existing reinsurance programmes, as well as on what reinsurance will be bought in future.

Greg Solomon is an independent actuary at Eigengrey Consulting, and head of the Life & Health Reinsurance Working Party

This article appeared in our December 2021 issue of The Actuary.
Click here to view this issue
Filed in:
General Features
Topics:
Health care
Reinsurance
Life insurance