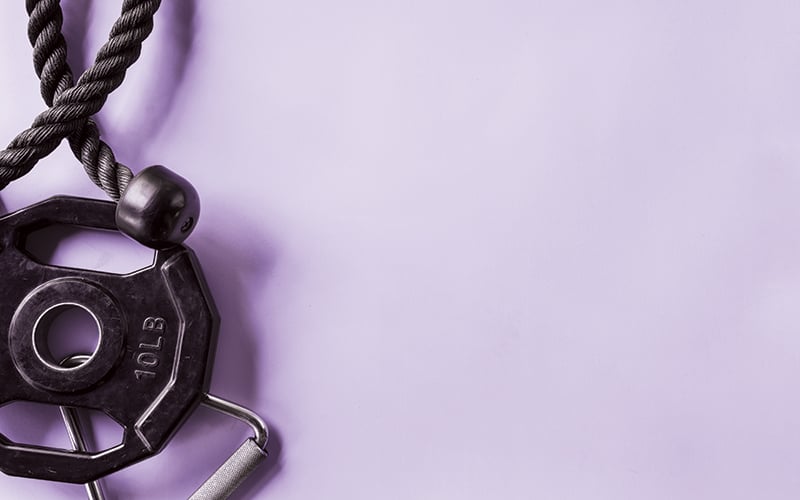 The past few years have seen an explosion in the popularity of bulk annuity transactions for defined benefit (DB) pension schemes in the UK, reducing or altogether removing longevity (and other demographic risks), investment, inflation and interest rate risks for the trustees who run these schemes. This is evidenced by Figure 1, which shows that, since 2012, more than £185bn of DB pension scheme liabilities have been transferred to insurers via buy-ins and buy-outs.

A buy-in secures benefits for part of the scheme (typically the pensioners, or a subset of them), with the insurance policy becoming an asset of the scheme and the insurer paying an amount to the trustees to cover the monthly member payments. A buy-out normally covers all scheme members, who then become policyholders of the insurance company; payments and administration are transferred from the trustees to the insurer.

A bulk annuity provides security for the benefits of a pension scheme’s members, allowing the corporate to focus on its core business and giving trustees peace of mind that benefits will be paid in full. Although a scheme buy-out is seen as the ‘gold standard’ for a pension scheme’s long-term objective, until fairly recently they have typically only been affordable for a small proportion of schemes.

Figure 1 shows that 2019 was a record year for bulk annuity sales, with sales around 10 times that of 2012. Sales in 2020, even with the disruption caused by COVID-19, were still £32bn. This reflects the hard work by schemes and their advisers to ensure schemes were transaction-ready, and it is testament to insurers’ and advisers’ adaptability that they have been able to make transactions happen in a lockdown environment.

Two-thirds of the sales volume in 2019 were created by so-called ‘mega deals’ – transactions worth more than £1bn in size, the largest being a £4.7bn buy-out transaction between Telenet and Rothesay Life. The overall volume of sales in any given year is likely to fluctuate according to the number of mega deals that take place. 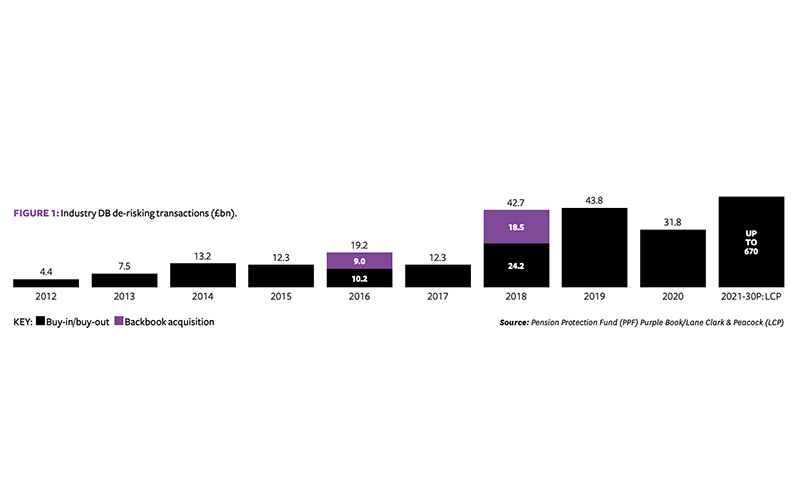 During the past few years, the huge demand for bulk annuity transactions has been largely driven by:

With the Pensions Regulator’s (TPR) emphasis on long-term funding targets, and a potential market of around £2.4trn of DB liabilities according to the Pension Protection Fund’s Purple Book 2020, that demand is expected to remain high for several years – and to outstrip supply. Can £30bn-plus annual volumes continue? The demand is not likely to go away, so the answer will depend on the extent to which the insurers can keep up, bearing in mind that there are currently just eight insurers in this market.

Each transaction requires intense effort and expertise from several professionals, including lawyers, actuaries and investment advisers.

In recent years there has been significant recruitment into the bulk annuity market.

Advisers and insurers have worked to improve the efficiency of the quotation process, with streamlined quotation and legal processes being the first step in reducing human capital requirements. Other innovation will be needed if demand continues to grow, while insurers will need to gain an improved understanding of affordability before being prepared to expend significant effort on the whole process. This is particularly the case for small schemes.

“Until fairly recently, scheme buy-outs have typically only been affordable for a small proportion of schemes”

While the traditional corporate bond asset class has been popular with UK insurers, there is limited scope in this market, so they are increasingly expanding into less traditional alternative asset classes – such as infrastructure. However, insurers will need to be selective, having regard for the impact of certain asset classes on their solvency position and ensuring they continue to meet regulatory requirements. The issue of economic and social governance is likely to play an increasingly important role as trustees look to insurers to invest in a secure and socially responsible way.

Even allowing for the reinsurance capacity needed to serve the increasingly popular longevity swap market, reinsurance is unlikely to be a limiting factor.

The eight players in the market all hold significant amounts of capital that can be used to write new business, many of them having raised further capital during the past 12 months – so investors clearly see the bulk annuities market as an attractive investment.

A key question is whether ‘superfunds’ will disrupt the bulk annuity market. These are designed to collect the assets and liabilities of several pension schemes together and run them more efficiently than separate schemes can, for example due to economies of scale. Sponsors of these schemes usually lose their link to the scheme, in the same way as they would for a bulk annuity buy-out. TPR is finalising a regulatory regime for these vehicles, and a deal has yet to be publicly announced. The initial focus of superfunds is expected to be on schemes that cannot afford full buy-out any time soon.

The £30bn per year bulk annuity market is likely to continue for the foreseeable future, meaning that trustees need to be prepared to get themselves noticed. I recommend that trustees discuss their long-term plans at an early stage with their advisers, and even insurers, to gain traction and ensure they are properly prepared. For their part, the insurers will need to continue to innovate to make the most of this exciting market.

This article appeared in our November 2021 issue of The Actuary.
Click here to view this issue
Filed in:
General Features
Topics:
Investment
Pensions
General Insurance