Life insurance deals with the long term, says Bill Curry – so why are we using capital measures based on one year? 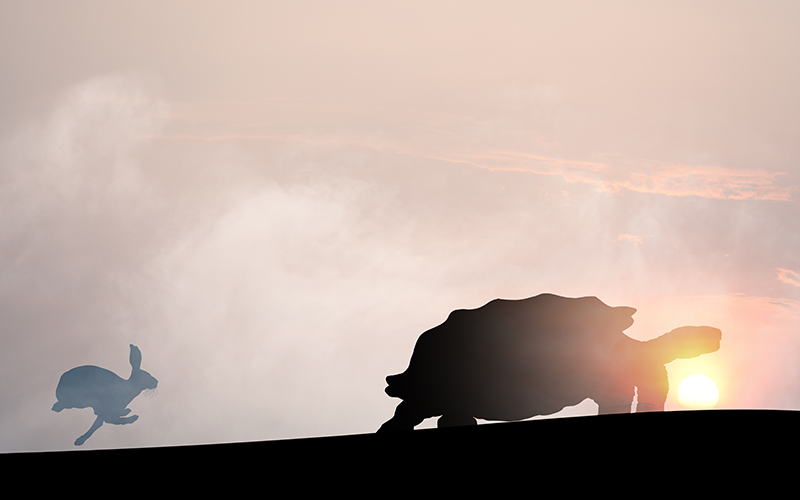 The Solvency II (SII) framework is constructed around one-year Value at Risk (VaR) – the concept that a firm’s own funds represent the transfer value of the business, and that the solvency capital requirement (SCR) is the capital required to protect the own funds under a one-year VaR at a probability of 0.5%. This means that, if an event at this probability should arise, the firm should still have a positive transfer value and, if necessary, be able to transfer its business to another firm.

The concept of VaR was first introduced in banking in the 1990s. Its key strength as a risk measure is the fact that it is relatively simple to understand and apply. There are, however, limitations on its use in life insurance.

First, VaR’s use within SII depends on the use of a market-consistent valuation. This can be problematic in many instances due to the lack of a suitable market on which to base the valuation. For example, the risk margin is intended to reflect the market value of a firm’s non-hedgeable risks – but this is very difficult to accurately achieve, given the lack of an active market for these risks.

A second challenge is that VaR is prone to pro-cyclicality. For example, a sharp fall in equity markets typically results in the reduction of a firm’s surplus through falling asset values, thus increasing guarantee costs and potentially the SCR and risk margin. The reduced surplus gives firms little choice but to de-risk their investments, sending markets down further.

Other VaR limitations include the challenges of calibrating the required one-in-200 events,  excessive focus on the one-in-200 level, and the potential lack of recognition of diversification (VaR as a risk measure fails the property of sub-additivity – the principle that diversification should give benefits). However, the most important limitation is perhaps the timeframe used under SII. Life assurance is long-term business: when a person takes out a policy with an insurer, they may be committing themselves to that firm for decades. Should we really be using a capital measure based on one year?

Consider Figure 1, which shows that, in 1985, several firms were writing guaranteed annuity business that was exposed to falling interest rates.

Risk-based capital wasn’t in widespread use in 1985; if it had been, firms might have considered a one-in-200 interest rate fall (over one year) to be a stress of around 3–4%. This would have provided little protection against the long decline of interest rates that has occurred. Under the SII framework, a firm should, in theory, still have been able to transfer its business to another provider if needed. However, the reality may be more challenging, particularly if a systemic event affects the entire industry – there may be little capacity for firms to absorb additional risks.

This is not an isolated example. Consider equity risk. The worst year in the history of the Dow Jones was 1931, when it fell by 53% – and this was part of a three-year run in which it lost 90%. Equity markets are prone to such long-term runs, and yet the one-year VaR framework used gives little defence against them.

Another example is longevity trend risk, which is driven by factors such as long-term lifestyle choices, wealth and medical advances. These typically take years or decades to become apparent, so are difficult to allow for in the one-year VaR framework.

The VaR approach used under SII is essentially about modelling a single-step (one-year) risk event and the losses that may incur as a result. How could this approach be extended to a long-term modelling framework, based on multiple steps? Instead of individual risk models being used to simulate outcomes that may occur under a single, one-year time step, the purpose of the risk model is instead to produce simulated time series projections of risk movements. To achieve this, it is necessary to move beyond some of the simple distribution fitting approaches that are commonly used within SII, and instead use time series models such as the single-factor Vasicek model used for interest rates: drt =  a(b-rt-1)dt + αdWt. Unlike a purely statistical model based on distribution fitting, this form of model makes assumptions about the drivers of interest rates. In this case, the model incorporates mean reversion.

It is also important to consider how individual risks can be combined to get an overall risk model. The approach used for the single-step VaR models under SII is based on the use of correlations. It makes no attempt to understand how one risk may cause another, instead simply modelling the probability of combined risk events occurring. A potentially stronger approach to combining risks is through causal modelling. If we believe, for example, that falling equity markets drives lapses, then rather than allowing for this through correlations, we can use a causal relationship such that we directly model lapse risk as being dependent on the equity markets. The use of such causal modelling is particularly important for long-term models.

Time series models such as this are widely available for market risk through the use of real-world economic scenario generators. Stochastic mortality models are also widely used. Therefore, if we wanted a long-term equivalent of the capital models used under SII, all that remains is to develop long-term models for the remaining risks (such as expense, lapse and operational risk), together with a suitable approach to combine them. I discuss this further in my paper for the British Actuarial Journal, ‘Long-term stochastic risk models: the 6th generation of modern actuarial models?’.

The single-step VaR approach used under SII requires the use of a loss model. For internal model firms, this normally takes the form of a proxy function that gives the change in net asset value as a function of movements in risks. The long-term equivalent of this is a function that takes a time series of the risk movements as its inputs, and a time series of net asset value changes as its outputs. This can be calculated using existing discounted cashflow models.

The development of a long-term risk model and long-term loss model would allow for the calculation of runoff capital. This could be defined as the amount of capital required to meet policyholder obligations for a defined level of confidence, and is a way of thinking about capital that reflects the long-term nature of life assurance business. If I take out a policy with an insurer, I want to be confident that the firm will deliver on its obligations. This isn’t something the VaR-based approach offers. Instead, it is ensures a firm can withstand a single shock event, after which the firm may need to sell its business. Such a runoff-based capital metric could conceivably be the basis of a future regulatory regime or, under SII, could form part of a firm’s Own Risk and Solvency Assessment.

A relatively simple loss model can be used just for net asset value. However, it may also be possible to develop a loss model that acknowledges key business measures such as SII surplus, capital coverage ratio, profits, liquidity or new business value. The stochastic projection of such items could provide significant business insight – for example, long-term stochastic business projections (see Figure 2) could be produced to better understand business risks.

Other key uses could be for testing the risks in different business strategies, pricing or the distribution of a closed fund in an equitable manner.

A step-change in sophistication

Actuarial modelling practice has a history of achieving step-changes in sophistication once computer technology has developed to the point that permits it. Perhaps the most recent example of this is the development of copula simulation modelling around 2008, with the requirement to run up to a million stochastic simulations. Constraints in processor power meant that such models would not have been possible only a few years earlier. In 2021, hardware and software improvements mean that such copula simulation runs are no longer an onerous task. This means actuaries can develop a new generation of models – and benefit from a range of new insights.

The new generation of models could move in the direction of long-term stochastic risk modelling – specifically, the risk-based capital models typically used within firms to allow for market, life insurance, counterparty and operational risks should be extended beyond single-step (one-year) models to become time series models that can be used for long-term projections. Many key elements for this already exist (such as market risk economic scenario generators), with further work needed to develop the remaining elements and combine them into a single modelling framework.

This could result in a step-change in the modelling insights gained, and a deeper understanding of the underlying risks faced by firms. Life assurance is, above all else, a long-term business – and is therefore best served by long-term risk modelling.

Bill Curry is a consulting actuary at Purbeck Actuarial.