As the smoke clears 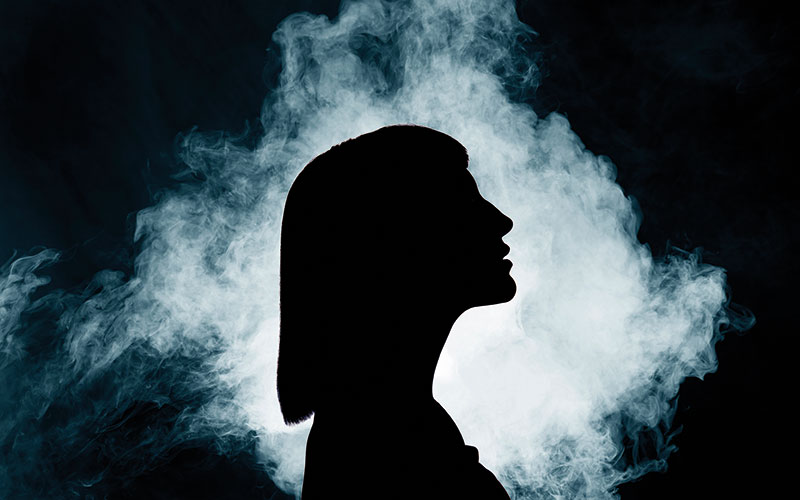 In the past, lung cancer was considered a predominantly male cancer due to its associations with smoking – according to the World Health Organization, around 40% of men smoke, compared to about 9% of women. While anti-smoking campaigns and legislation have successfully reduced lung cancer incidence, evidence is emerging that one subtype of lung cancer, adenocarcinoma (ADC), is on the rise in women who have never smoked.

At the same time, the introduction of low-dose computerised tomography (LDCT) screening for lung cancer in 2011 has increased the detection of less aggressive and earlier stage cancers.

In recent years, we have seen increases in critical illness claims from women with lung cancer in some Asian markets, where products pay upon cancer diagnosis. What do we know about the epidemiological and histological features of this type of lung cancer, and how might it impact underwriting, pricing and product design for life and health insurers?

According to US data covering 1995-2014, age-specific incidence of lung cancer has generally decreased among both men and women aged 30-54 – but the decline has been steeper for men. Among those born after the mid-1960s, incidence rates of lung cancer are significantly higher among young women than among young men. This crossover cannot be fully explained by sex differences in smoking behaviours.

A systematic analysis in 40 countries across five continents found that the female-to-male incidence rate ratios of lung cancer in recent-born cohorts are significantly greater in Canada, Denmark, Germany, New Zealand, the Netherlands and the US. Similar patterns, though non-significant, were found in 23 additional countries. These crossovers were largely driven by increasing incidence rates of the ADC subtype in women.

The rise of female ADC

Multiple studies have shown that ADC is the most common subtype of lung cancer in people who have never smoked, and this is consistent with the fact that more than half of global female lung cancer patients have never smoked; in Asia, this figure is 60-80%. The effect of smoking cessation on reducing ADC in women is much lower than for other types of lung cancer.

Smoking is still the number one cause of lung cancer. However, with the success of anti-smoking campaigns and legislation, the problem of lung cancer among non-smokers – especially ADC in women – will become more prominent. In view of its distinct carcinogenic factors, biological characteristics, treatment and prognosis, ADC should be treated differently from lung cancer caused by smoking.

Research from China has shown that the relative frequencies of the different lung cancer subtypes (in other words,the proportion of lung cancer cases represented by each subtype) developed very differently for men and women during the 2000s (Figure 1 and Figure 2).In particular, ADC stands out as the increasingly dominant cancer subtype for females.

The significant increase of ADC in women, seen in different parts of the world, cannot be conclusively explained by conventional risk factors such as smoking, air pollution or diet. Its true cause will need to be further and fully investigated.

LDCT uses a low dose of radiation to make detailed images of lungs. In 2011, the US’s National Lung Screening Trial (NLST) team found that, among high-risk populations, lung cancer screening conducted via LDCT led to a 20% decrease in mortality compared to screening using chest X-ray, and this opened the door to the use of LDCT for lung cancer screening. The report also showed that the number of lung cancer cases detected by LDCT was 12.6% higher than for the X-ray group.

A study in Shanghai found that since the introduction of LDCT screening the incidence of female lung cancer has increased significantly. Incidence in Shanghai’s central Xuhui District, where two top hospitals provide LDCT screening, saw an annual increase of 19.8% between 2011 and 2014, compared to an average of 1.1% per year between 2005 and 2011.The increase was mainly in the younger age groups.

The volume-doubling time of tumours reflects their growth rate, and is a key indicator of their aggressiveness. The longer the doubling time, the slower the tumour growth rate.

LDCT is also able to detect more early-stage cancers, particularly stage 1 cancers, than chest X-ray. This materially improves lung cancer prognosis due to the higher survival rates associated with stage 1 lung cancer (for example, the five-year survival rate of T1a cancer is as high as 92%).

“With the success of anti-smoking campaigns, the problem of lung cancer among non-smokers will become more prominent”

The ADC increase among women who have never smoked, combined with LDCT screening, is changing the face of lung cancer claims in critical illness products. Some insurers have already seen an increase in young female claimants. While early diagnosis has a proven link to better survival, some of these diagnoses may not have become claims in the past – thus leading to increased claims now.

The exact balance between early and additional diagnosis is unknown. In other words, it is unclear how much of the increase in lung cancer claims is earlier or accelerated claims, as opposed to additional claims for insurers. This could also depend on the coverage term of the underlying product. For example, earlier diagnosis and claim could be the more prominent effect behind increased incidence on whole-of-life accelerated critical illness products, while additional claim has more of an effect on short-term critical illness products.

What is clear is that lung cancer in women who have never smoked has distinct epidemiological and biological features and risk factors compared to the more aggressive lung cancers seen in male smokers, and should therefore be treated differently. While there is more to be investigated here, the following should be considered:

A full bibliography can be found with the online version of this article at bit.ly/3AtqVu6

Wendy Wang is head of pricing innovation, Life & Health China at Swiss Re