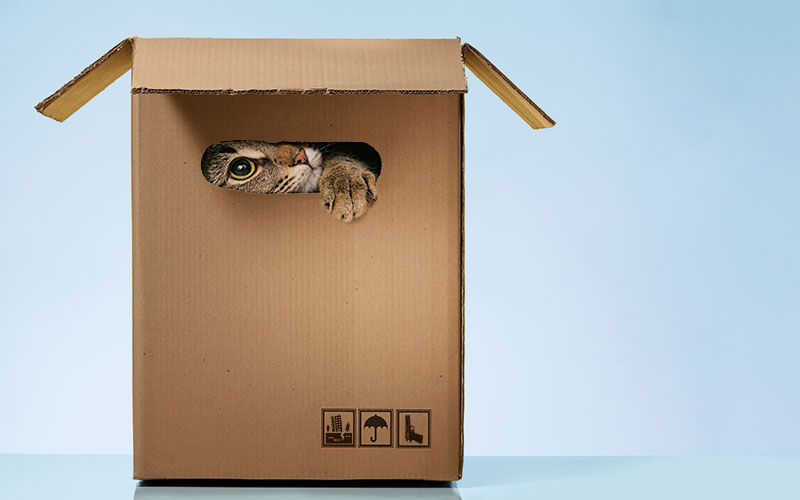 Parametric insurance is increasing in popularity, and information about it is now freely available. An online search query yields close to seven million results – which may surprise some, despite the increasing number of use cases across the risk transfer industry. These products are in demand by clients, brokers and risk carriers, including insurers, reinsurers, insurance-linked securities funds and asset managers who seek refuge in parametric insurance as an alternative form of risk transfer or hedging mechanism. The following use cases show how open data can be used to resolve major issues that lacked resolutions in the past.

Despite the many positive selling points for parametric insurance, including its ability to transact at speed, its transparency, and its provision of objective and immutable payout settlements, basis risk lingers as a barrier to its wider adoption. Basis risk, or perhaps perceived basis risk, is the difference between the actual losses and the payout triggered.

Event-based ‘cat-in-a-box’ risk transfer structures have become relatively popular and are the most popular parametric solutions. They are relatively simple and transparent, yet are perceived to carry the highest amount of basis risk.

How well is the cat-in-a-box structure really understood, and what role does data play in the cause of the issue? The concept is relatively simple: a cat-in-a-box payout structure involves event-based payouts that are triggered by a predefined catastrophic event of predefined intensity (the cat) occurring within or across the boundaries of a predefined spatial area (the box). While this may seem trivial on a superficial level, the box alone can be the main source of basis risk if it is not representative of the client’s risk. Basis risk can therefore be reduced through more accurate ‘box’ design.

Currently, the most popular approach involves drawing the box as a polygon or circle around the client’s points of interest. The fundamental flaw in this approach is the assumption that only events in a geometrically convenient vicinity of the exposed assets can induce losses. In fact, only complex parametric structures that rely on the spatial distribution of an impact, such as modelled hazard intensities or losses, can make a meaningful impact on reducing basis risk. Therefore ‘out of the box’ thinking is a prerequisite for good cat-in-a-box design. Global Parametrics uses science-enhanced data techniques in the design of the box definition that enable coverage across the source of the impact, rather than simply the risk-exposed assets.

The 1985 Mexico City earthquake, which had a magnitude of 8.0 on the Richter scale, was one of the region’s most damaging, despite its epicentre being located on Mexico’s Pacific coast – 350km west of the city. While traditional science provides us with an understanding of how the combination of large subduction earthquake events on the Pacific coast and soft soil in Mexico City can significantly amplify the effects of remote events, this can also be well defined through data methodologies.

Thinking outside the box also provides more creative solutions and can enable simpler earthquake cat-in-a-box structures to capture the effects of more complex perils, such as tsunamis. The 9.1-magnitude 2004 Sumatra earthquake, which occurred more than 1,000km east of Sri Lanka, generated a tragic and significant impact on the island.

Data is at the core of designing and pricing any risk transfer product, although good use of data can also reduce basis risk. Traditionally, two sets of data are usually associated with cat-in-a-box design: the locations of the exposures and the originating hazard, as well as the magnitude with which to at first define the box and then structure and price the cat-in-a-box. These structures are not always efficient. Using and extrapolating data sources such as those available from the US Geological Survey, which provides impact-enhanced data for all historical events, can enable us to model the impact of events on remote locations. For tsunamis, events data can be supplemented with information on well-documented tsunamigenic subduction tectonic regions, which would filter out events that would cause little or no tsunami impact.

These two examples stand out as difficult to cover with traditional cat-in-a-box structures, as is likely the case with many earthquake-type events where mapping the impact is particularly difficult. Research into more specialist data sources can help us to model the impact of well-understood events. Enabling the use of these enhanced datasets on less well-defined hazards can be achieved using more specialist stochastic models that blend geophysical and probabilistic models to generate synthetic events, which then enhance the understanding of risk in certain regions. The Global Earthquake Model is one such data source, with a blend of scientific models that can be used to generate stochastic event data, calculate the impacts of the events and provide information on global tectonics.

The intangible cost of violence

The scenes in recent years of rioting and upheaval in cities across the US has been a stark reminder that violent crime is a serious problem for Americans. Insurance solutions have tended to focus on tangible losses, such as loss of income, business interruption, physical and property damage, and liabilities. However, researchers have found that the less visible or intangible costs of violence are silently destroying the future value of businesses in neighbourhoods or vicinities in which crime is rampant. These studies show that violence can lower businesses’ potential to attract customers, retain employees, and grow and attract investments. It also forces businesses to spend more in legal and security costs, and depreciates the value of fixed assets.

These costs are known to be difficult to insure with traditional indemnity products, and are seen as uninsurable by most due to the difficulty of quantifying and validating the losses. For example, it is difficult to put a price on the damage to the brand of a restaurant or hotel if a shooting occurs outside its premises.

This sort of problem created the demand for INSDEX Active Response, Skyline’s recently launched parametric solution in Dallas, Texas. The idea is simple: if a violent event such as a shooting or stabbing occurs within an insured area, the policy pays out a pre-agreed limit almost immediately after the event is published by the Dallas Police Department. The funds can be used by the policyholder as they see fit, and can cover lost revenue, loss of future footfall, loss of attraction, injury costs or legal costs, and any other cost or loss of income due to the violent event within their vicinity.

The quality of the data involved is crucial. It must be rich enough to allow the creation of the index underlying the policy and then accurately price the carried risk. In this case, Skyline’s index insurance technology, INSDEX, processes highly detailed raw incidents data from the Dallas Police Department, creating a daily feed of information about the nature of each crime that has occurred, its location and the weapon used. An incident is then classified as an ‘active assailant’ event if it is an aggravated assault or homicide and a firearm or stabbing device has been used. This provides a wider definition, but remains similar to the ‘active assailant’ classification used in traditional indemnity products.

Potential policyholders can request a quote by providing their business premises’ address and annual income. The insured area around the premises (as per Figure 3) is automatically generated by INSDEX. The payout is limited to US$50,000 per location or 10% of the business’s annual income.

While these are only two examples where publicly available data sources have been used to create innovative parametric products, the role of the actuary in developing these industries is going to grow ever more important. As verifiable data becomes democratised, the challenge for the industry and its practitioners will not be getting hold of the data, but working out how we can best model it and innovate to serve the evolving needs of consumers, their businesses, charities, NGOs and government.

This article was commissioned by the IFoA General Insurance (GI) Pricing Research Group under an initiative to showcase the work of GI pricing actuaries in delivering innovative and impactful solution.

Laurent Sabatié is co-founder and executive director at Skyline Partners