Rules of the road for no-claims discount schemes 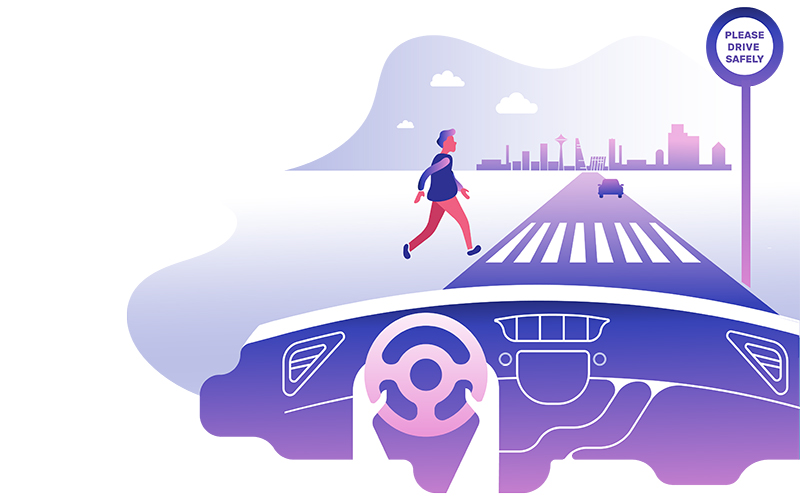 Several governments across the globe have introduced no-claims discount (NCD) schemes with some co-ordination at a national level, aiming to promote sensible driving behaviour and reduce the number of accidents. Is there a case for such schemes, and what rating factors might be included?

NCDs are experience rating systems that assign individuals to risk classes based on claims experience. An individual with a claim-free year will be rewarded with a bonus, reducing the price of their motor insurance policy, whereas a year with claim events will penalise the individual with an increased premium. NCD schemes consist of a set of rules defining the structure, transitional rules and premium relativities.

The Markov chain model is commonly applied to determine the stationary distribution that displays the expected portion of individuals in each class once the system has been stabilised. Based on this, the premium relativities are optimised, aiming to avoid market distortions and keep the average premium unchanged (financial balance equilibrium principle), everything else being equal.

Given that NCD specificities can be set up either by individual insurers or at a national level, which approach would be most suitable to avoid market distortions?

A typical motor insurer in a mature and stabilised market would regard NCDs as good risk management, to reserve and price appropriately for its business mix.

In markets where NCDs are defined by individual insurers based on their own experience, no-claims bonuses vary between insurers. They can largely be transferred, and most of them accept

bonus certification from another insurer – although there is usually no legal requirement in that respect, because a failure to accept this arrangement would be a significant drawback to new business. However, such markets can suffer from anti-selection, as higher risk individuals tend to be underwritten by insurers with less punitive NCD structures.

In the alternative model, national NCD schemes are developed appropriate to the market’s experience, and market participants are obliged to adhere to common rules. This approach assigns everyone the same no-claims bonus, regardless of insurance provider. Competition is then limited to each individual insurer’s pricing process and internal efficiencies.

Beyond centralising the number of claim-free years for each policyholder, other risk factors could be included if the aim is to reduce the number of traffic accidents.

One national NCD scheme for a European country includes additional factors to allow for past claims being caused by driving under the influence of alcohol, and includes penalties for abandoning the scene. These were introduced to change driving habits, and because the information was pertinent to claim frequency and severity.

Further risk factors can also be considered. For example, traffic violations may be thought to indicate an increased likelihood of causing accidents. We developed a national wide NCD where we allowed for traffic violations such as speeding and using a mobile phone while driving. Additional context was provided by the recorded claim experience (such as property damage and bodily injuries).

Finally, since the focus was to incentivise careful driving and adherence to laws, and policyholders are incentivised by financial benefits and disincentivised by financial losses, the scheme included an element of risk prevention. Individuals committing violations are given pre-defined premium increases with the aim of embedding risk prevention characteristics – in contrast to traditional NCD schemes, which penalise poor driving only after an accident, instead of addressing underlying risk factors earlier on.

This article appeared in our July 2021 issue of The Actuary.
Click here to view this issue
Filed in
General Features
Topics
Risk & ERM
General Insurance