Reflecting on feedback from senior stakeholders, the IFRS 17 Transversal Working Party contemplates whether the new IFRS 17 regime is a marked improvement or a missed opportunity 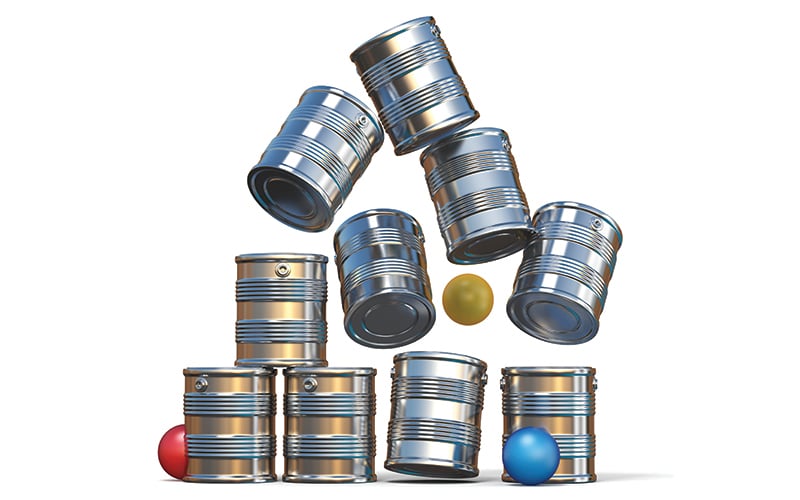 After a 20-plus year gestation period and multiple consultations, the International Accounting Standards Board (IASB) issued the amendments to ‘IFRS 17 Insurance Contracts’ on 25 June 2020 – in effect the ‘final’ IFRS 17 standard. The confirmed effective date of 1 January 2023, combined with the closure of material technical debates, means that companies should now be in a position to finalise their approaches.

It seems a good point to reflect on the successes and failures of the standard as assessed by key participants in the UK life insurance market, including whether the standard meets the stated objectives of the IASB. During the first half of 2020, the IFoA’s IFRS 17 Transversal Working Party conducted a series of interviews with more than 20 senior stakeholders from (re)insurers, auditors and analysts, and the views expressed are summarised here.

In general, very few of those interviewed were excited about the adoption of the standard. While the need for a consistent reporting regime is accepted, the lingering disconnect between IFRS 17 and other metrics, including cash, capital and dividend capacity, is a source of disappointment. However, there are reasons for optimism: there appears to be a lot of consistency in the points raised, and a feeling that some of the shortcomings may be addressed through wider education and bedding in of the standard, as well as additional disclosure.

What follows is a summary of the key findings from these interviews, as well as our thoughts on areas where we think that further input from the actuarial profession could be of benefit.

It was widely acknowledged among interviewees that, from a global perspective, there are shortfalls with the current reporting in terms of measurement consistency, which the new standard will address. This is welcomed from an investor perspective, but also from a UK company perspective when comparing itself to international peers or operating across multiple countries. However, when viewing the UK as a standalone market, the standard is unlikely to be considered a significant improvement compared to the current reporting standard, which is well understood and relatively consistent.

The new disclosure requirements under IFRS 17 received generally positive feedback around their transparency and vigour, most notably the ‘analysis of change’ elements. It was also remarked that there is value to users in the new disclosures, namely:

However, this positivity is somewhat undermined by the complexities and nuances in the underlying measurement model.

The measurement model itself is seen as being overly complex and having taken too long to agree on. While the interviewees felt it broadly satisfies the IASB objectives of consistency, being a single model for all contracts globally, this is undermined by unresolved areas of uncertainty and subjective interpretation. Common sentiments in these areas included:

The view was largely that the standard would be of limited use and difficult to interpret for a few years post introduction. Some implementation choices may need to be revisited as numbers emerge and impacts start to crystallise, and as market practices begin to benchmark and (perhaps) align.

“Does not satisfy the industry need”

Those interviewed responded that IFRS is not currently seen to be of critical importance for companies and IFRS 17 will not necessarily improve this. As such, the consensus was that non-GAAP measures, such as operating profit, will persist. A common message was that what investors want to see most are improved and consistent disclosures on cash and free capital generation. IFRS 17 does not provide this, so it is unlikely that the new standard will have much of an impact on company valuation, and it risks being viewed as a compliance exercise. Given that regulators also desire alignment between IFRS and solvency, this is viewed as a missed opportunity for IFRS 17 – especially in comparison to other sectors, such as banking, which have achieved greater alignment of metrics.

“Cost vs benefit is difficult to justify”

Given the remaining concerns and difficulties with implementation of the standard due to its complexity, interviewees felt that the standard’s ‘value for money’ is questionable. This has been compounded by the successive delays of the effective date, and the remaining uncertainty around how the market will react.

Further work for the actuarial profession

From the responses, it is clear that further work from the actuarial profession could be beneficial in the lead-up to IFRS 17 adoption. The themes of outreach and education were paramount. Both internal and external engagement will be required well in advance of 1 January 2023, with a focus on business needs and reporting impacts rather than technical detail.

IFRS 17 introduces a number of technically complex new concepts to the financial reporting of insurance contracts. We feel that participants would benefit from development of analysis and explanations of the underlying business story and investor messages related to these.

New elements of the standard include:

The next few years also present an opportunity for greater collaboration with other professions, particularly accountants. The more traditional divides between actuaries and other financial professionals are somewhat eroded by the holistic nature of IFRS 17. Indeed, interview participants commented on the closer working arrangements already seen within respective implementation projects, and this was expected to continue and grow.

For further articles from the IFRS 17 Transversal Working Party, including impacts by type of business, go to bit.ly/3d8BrMz

“There appears to be a lot of consistency in the points raised, and a feeling that some of the shortcomings may be addressed”

This article appeared in our November 2020 issue of The Actuary.
Click here to view this issue
Filed in
General Features