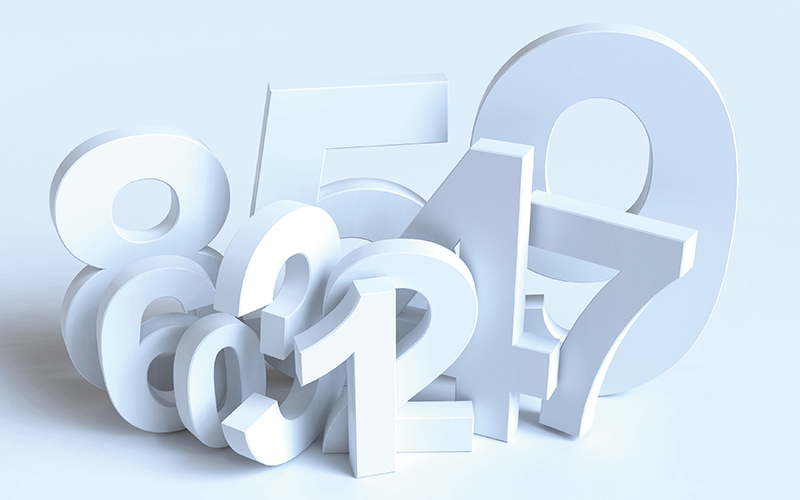 Under IFRS 17, estimates of discount rates require insurers to consider the characteristics of the underlying contract and then derive discount rates by reference to observable current market prices for comparable financial instruments, where available.

However, a single-minded insistence on using observable (current) market data as the sole basis for deriving discount rates requires careful examination and challenge by the astute actuary. In some less developed markets, the existence of government bond and other markets could even be deceptive. The availability of market prices provides the practitioner with an ‘objective source of market information’ from which to derive discount rates, but also masks imperfections that may not always be apparent. This could result in volatile – and potentially unreliable – liability valuations.

IFRS 17 requires entities to be attentive to such factors (‘imperfections’). It is therefore necessary to analyse the characteristics of observable current market data – particularly in situations where market data may be influenced by factors that are unrelated to the valuation of the insurance contract liabilities – and then assess the data’s reliability for the purpose of deriving discount rates. Necessary adjustments to the current observed market data may be required to ensure the estimated discount rates are appropriate for insurance liability valuations.

Much of this discussion relates to issues that can be readily identified in underdeveloped or developing economies, and is directly relevant to deriving discount rates for many Asian, South American, Eastern European or African markets. 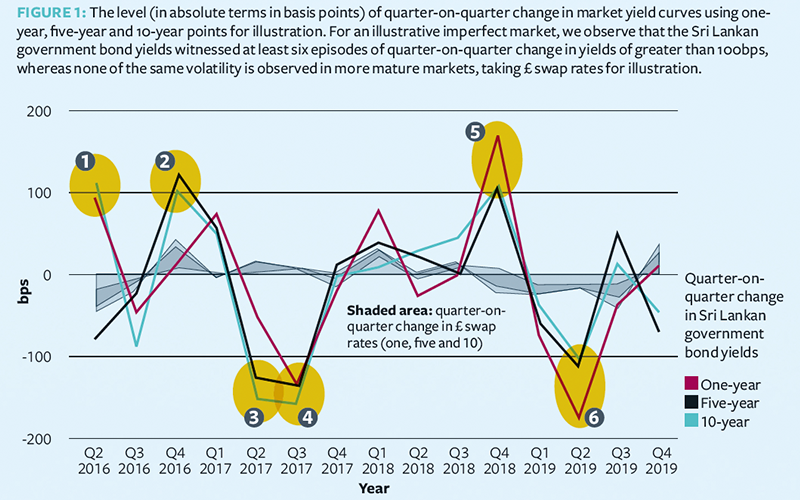 We set out a (non-exhaustive) list of potential ‘imperfections’ to consider when deriving discount rates under IFRS 17. The presence (or significance) of such factors could be used to assess the degree to which observable market prices may have been influenced by factors that do not otherwise affect the future cash flows of the insurance liability contracts.

1. Lack of market data and absence of appropriate financial instruments: For example, interest rate swaps or even government securities in certain instances may not exist. Even if these assets exist, they may only be available as primary issues with limited secondary markets, or may not be available at all durations required to construct a reasonable term structure for discount rates.

2. Inadequate liquidity and depth of markets: For example, there could be instances where specific durations or securities might be more liquid than others (the ‘market’ as a whole may have pockets of more or less depth and liquidity depending on the individual security). This is seen in several markets where, say, the 10-year government bond may well be frequently traded (being a benchmark reference security for many financial institutions). However, trades for other shorter and longer maturities may not be as prevalent.

3. Excessive market price volatility: Imperfect markets are often characterised by a higher degree of price volatility. A study of historic volatility, along with a comparison of the same across durations and currencies, may provide helpful insights in judging whether market prices in such situations would be sufficiently reliable or whether greater emphasis needs to be placed on long term estimates than on short term price fluctuations.

4. Imbalance of supply and demand effects: For example, there may be a large number of financial institutions (such as insurance companies) that routinely adopt ‘buy and hold’ strategies for, say, limited availability of long-dated bonds. Alternatively, there could be government actions such as concerted buying or selling of specific securities by the central bank to meet certain policy objectives.

5. Prevalence of ‘influenced’ trades: For example, in the case of bulk trades or otherwise motivated trades closer to month-end cut-off dates that impact preparation of month-end financial statements of large institutions. Similarly, instances of government or bureaucratic involvement leading to non-market influences on primary auctions of government bonds have also been reported in the past.

6. Deviations in current observed market prices from economic theory and principles: For example, instances of theoretical arbitrage opportunities could persist; internal consistency between macro-economic indicators (such as relationship between inflation, real yields and nominal yields) and spreads (across asset categories) could be compromised. 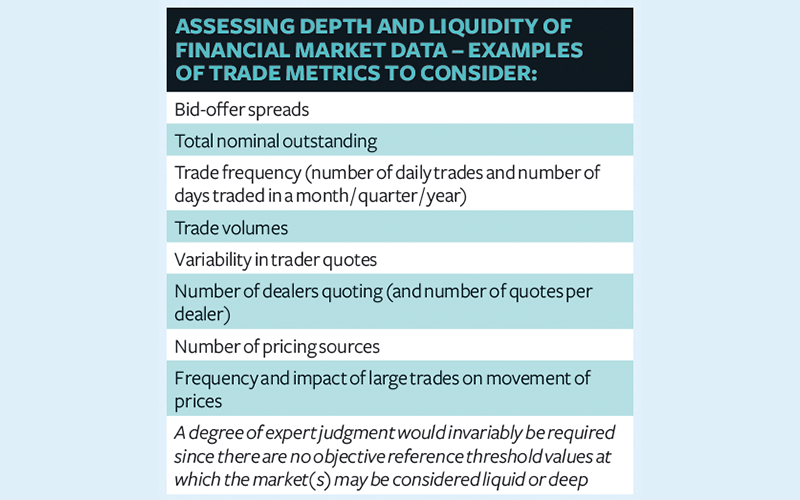 IFRS17.B76 recognises situations as noted above and sets out considerations to follow when discount rates may not be directly observable from the market data. In particular, it requires entities to: maximise use of observable inputs while not contradicting observable market variables in discount rate construction; reflect current market conditions from perspective of a market participant; and exercise judgment when differentiating features of insurance contracts from instruments whose market prices are available.

Where market data has been judged as imperfect based on the assessments above, further regard may be paid to guidance available within IFRS 13 for Fair Value Measurements and the hierarchy for three levels of inputs therein. For example, one could:

2. Adjust significant variations in current prices to reflect long term averages: Where observed market
prices are subject to material short-term fluctuations, greater emphasis may be placed on long-term estimates. To the extent possible, these long-term estimates would themselves be informed by market data – for example, counter-cyclical ‘mean reverting’ assumptions may be derived based on historic averages.

3. Pragmatic choices for long-term discount rates in the absence of reliable prices: In such situations, estimates for nominal yields may need to be derived by referencing estimates of long-term inflation together with a spread for real yields. Such an approach could provide either a point estimate for ‘steady state’ yields, or could even be used to construct a curve, starting from current inflation and real rates, converging to a longer term estimate of the same over a predefined convergence period.

4. Anchor discount rates to yields available on insurers’ assets: In the absence of any reliable market information, non-market data in respect of locked-in yields on insurers assets may need to be utilised. For example, this could include infrequently traded fixed interest assets held by the insurer or termdeposit/institutional recurring deposit rates available from commercial banks.

The examples set out above represent choices for practitioners to consider and are intended to be neither exhaustive nor instructive. However, it is hoped that these will encourage the reader to consider specific circumstances and provide a valuable starting point for discussion on appropriate estimation techniques.

This article sets out the personal views of the authors which may not correspond with those of Willis Towers Watson or any professional actuarial bodies that the authors are members of.

Kunj Behari Maheshwari is chair of the Institute of Actuaries of India’s Advisory Group on IFRS 17, and a partner at Willis Towers Watson.

Brian Ring is a member of the IFRS 17: Future of Discount Rates Working Party, and director of insurance consulting at Willis Towers Watson.

This article appeared in our September 2020 issue of The Actuary.
Click here to view this issue
Filed in
General Features
Topics
General Insurance
Regulation Standards