Banking on change: How the financial sector can fulfil its societal role 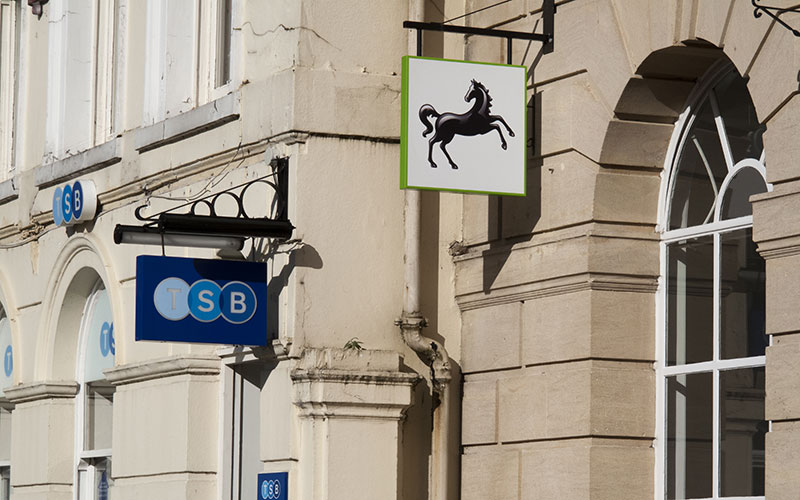 When people talk about banks, they are usually thinking about money. Maybe they believe that banks take too big a slice of the nation’s wealth. Perhaps they feel that banks are safe but boring – or they may be convinced that banks are not boring enough. What is rarely discussed is the vital societal role that banks play. Maturity transformation – turning short-term deposits into the long-term loans that support businesses and homeowners – is a fundamental social good. Then, banks support secure payments systems and the guaranteed bank accounts in which most of us keep our money. They provide financial advice and financial learning support, and they help entrepreneurs get their ideas off the ground. They ensure that, for the prudent, there are no nasty financial surprises. Banks are still present on our high streets.

We often talk about banks as if they are separate from the ‘real economy’, but what banks do is central to the economy. That is why they enjoy a special status: governments will do whatever they can to prevent a large bank from failing, because the payments system, lending and borrowing underpinned by banks are what keeps the economy turning. Banks should also be central to our communities. That, in my view, will be their future.

Though governments stand ready to help ensure that large banks do not fail, banks are private, profit-making enterprises. Despite what some neoliberal economists would suggest, profit maximisation is not always the route to the greatest social good. Efficient markets can have socially very inefficient outcomes.

Two of the issues that particularly worry me when I look at financial services in the UK are the high levels of personal debt and the fragmented nature of the financial advice landscape. We don’t really have people who can offer advice across different product sets. In particular, given that property is central to any decision around later life planning in the UK, insight into the mortgage and housing market has to be part of that.

These problems will not be resolved without a clear policy stance. The Financial Conduct Authority has already moved to help solve the problem of persistent debt, but in the London Institute of Banking and Finance’s (LIBF) view, the government needs to be even more interventionist when it comes to people’s financial planning.

For example, despite the introduction of automatic enrolment, pension contributions are still not high enough to support the increasing number of people living into old age. The statistics are stark. When the modern state pension was introduced in 1948, the average 65-year-old man could expect to live another 13.5 years. Today that figure is 23 years. The Office for National Statistics predicts that the number of people in the UK over state pension age will rise from 12.4m in 2017 to 16.9m in 2042. At the same time, the number of working people supporting them will fall. The ratio of pensioners to people of working age is expected to go from 299:1,000 in 1982 (when the last of the Baby Boomers turned 18) to 361:1,000 in 2039 (when those same people reach 75).

If that comes to pass, the pension system will be under a lot of strain. Defined benefit schemes are now unaffordable for all but the biggest and most successful firms, and even they often opt to close them. The defined contribution schemes that remain are not designed to guarantee a certain level of income, and employer contributions are typically far lower than for DB schemes. Savers will have to do much of the heavy lifting to secure a large enough income in retirement.

What the government can’t do

Can the government step in? Closing the gap with higher state pensions would be fiscally challenging – and a very heavy burden on younger generations. The ONS estimates that by 2042 nearly a quarter of people in the UK will be 65 or older.

Even if the government does want to intervene, the levers at its disposal are few. Interest rates are likely to remain low for a long time, which pushes down yields, and many people in the UK prefer to put money into housing rather than pensions. This is partly because housing is expensive, but also because people often view their home as an investment – which may not always work out well in an ageing society.

Of course, the government has limited control of the economic weather. The yield curve is shaped by global forces such as the rise of China and ageing in the developed world. Increasing UK productivity require many years of investment in education and training before real results are seen. These are among the reasons why, in my view, the government needs to be more hands-on when it comes to household financial planning. In particular, the current government won a large majority in communities in the north-east of England, where social deprivation is a serious issue. If those voters are not to be disappointed, the government will come under pressure to help individuals secure their financial wellbeing. Boosting government spending alone will not be enough to do that.

What the big banks can do

If the mantra in the coming years – despite all the spending promises of the recent election – is going to be ‘save more and spend less’, incumbent financial institutions will have a major role to play. The large banks have to step up because they hold most of the nation’s credit card and overdraft debt, and benefit from lower funding costs and economies of scale. They also have reach on the ground and across the country, which should give them insights into people’s real economic circumstances.

It is true that fintechs can gather a lot of data and use it to offer money management apps and financial nudging, but they do not have a monopoly on financial technology. The big banks have the same access to technology and increasing amounts of varied financial data. They are also the institutions behind the debt. That is why it is the large, incumbent banks that must lead the charge in making the average UK earner’s financial position more secure and sustainable. They have the scope to boost financial inclusion and support the poorest in making the most of their financial resources – including with well-advised debt offers. But it’s not just about the products on offer.

Until the 1980s, bank accounts were for businesses and for the better-off. That decade’s widespread roll-out of faster and more affordable computers helped banks offer affordable bank accounts to the masses.

However, while banks’ client base changed, their culture did not necessarily change with it. A consolidated market had a handful of major players, and customers tended to stay with a bank for life. As a result, banks felt no great pressure to consider whether their employees really reflected their customer community.

What has been refreshing during the past few years is the willingness of banks to recruit from a much more diverse pool. They actively seek out potential employees from disadvantaged and minority backgrounds, and they want to have a gender balance.

We should not be complacent about this – there is more to do. However, institutions that have hired with an open mind have found that it sets up a virtuous circle. When they hire in line with their values – rather than in line with preconceptions, such as the need for a particular degree – they can transmit a strong sense of purpose, and also boost financial performance. Employees gain from greater engagement and satisfaction, and customers benefit from changing culture – not only in customer relations, but also in the products that are developed.

A more diverse pool of staff, driven by the right values, should make it easier for banks to fulfil their societal role. By fully reflecting society and its values, banks will be able to help people manage their money well, secure their futures and use debt as the powerful investment tool that it should be designed to be.

LIBF’s latest book, Banking on Change: The Development and Future of Financial Services, was published to mark our 140th anniversary, and provides insights on these and other questions by experts and influencers from across the financial services industry. It’s available in hardback or digital format from Wiley. All royalties payable to LIBF go to our 140th appeal fund, which provides scholarships for students from diverse backgrounds and aims to extend our financial capability work in communities around the country.

Alex Fraser is chief executive of the London Institute of Banking and Finance.

This article appeared in our August 2020 issue of The Actuary.
Click here to view this issue
Filed in
General Features