The high-flying new president of the IFoA, Tan Suee Chieh, talks to Dan Georgescu about his rise to the top and his vision for the actuarial profession 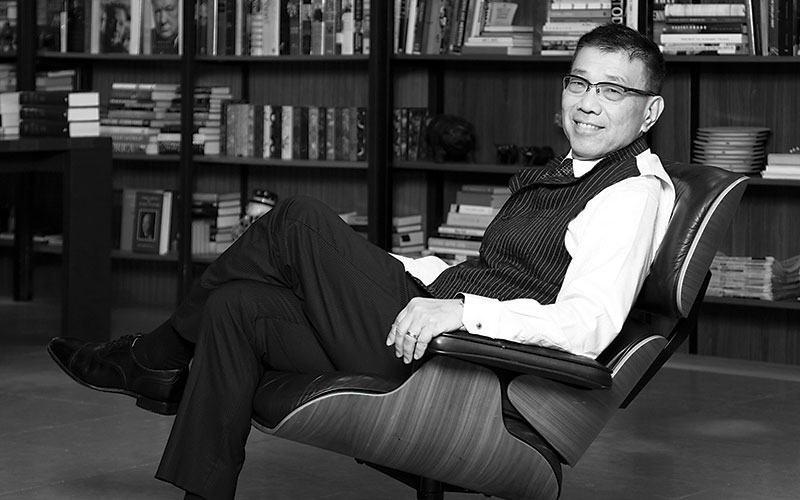 Tan Suee Chieh has held some of the most prestigious roles in insurance during his 40 years as an actuary. Born in Malaysia, he came tothe UK to study for his A Levels and went on to read for a BSc in actuarial science at the London School of Economics, graduating with first-class honours in 1981.

He started working at Prudential in London in a variety of roles, including within the valuation, product development, and international divisions, before qualifying in 1986. His wide experience then secured him a role in the Malaysian office, followed by positions as a deputy general manager and actuary in Singapore. By 1994, he was CEO of Prudential Singapore, and by the late 90s, managing director of Prudential Corporation Asia’s established businesses.

Suee Chieh then took an 18-month sabbatical to study for a masters in psychology at Columbia University, New York. His interest in the topic began in London, where teaching by organisational change professors at the London Business School included exercises to demonstrate the process and value of designing high-performance teams. “Study of psychology was key in raising my self-awareness and understanding of how to build effective teams, and the value of purpose and strategy,” Suee Chieh explains. “I remain motivated by a strong desire to understand myself.” His next role was as president of SHL Group’s Asia Pacific Region business. The firm specialises in organisational psychology and psychometric testing, which allowed him to further his study of good leadership, the importance of objective assessment of strengths and weaknesses, and the impact leadership teams have on organisations. He describes his own strengths as intensity and focus, but recognises his tendency towards impatience.

“We must apply our actuarial skillsets more decisively, deliberately and ambitiously to achieve social impact goals of our time”

After four years at the helm of SHL, Suee Chieh became CEO of NTUC Income, and then group CEO at NTUC Enterprise – the holding entity for all NTUC social enterprises. At NTUC Income, Singapore’s pre-eminent life, motor and health insurer, he transformed the culture into one where power was no longer concentrated at the top, and people felt empowered to own their decisions. This meant employees were more inclined to be creative, challenge constructively and go the extra mile, because they were invested in the outcome. For his efforts, the Singapore Business Awards named him ‘Outstanding CEO of the Year’ – a first for someone from the insurance industry. Since 2017, Suee Chieh has held a number of non-executive positions, including at the LSE Trust, the Singapore University of Social Sciences, Singapore Management University and Singapore Children’s Society; he has also been involved in IFoA affairs as a keynote speaker.

Behind the scenes during COVID-19

While Suee Chieh only began his tenure as president at the end of June, he has been active in driving change behind the scenes. At the beginning of March, he organised the COVID-19 Actuaries’ Response Group, a group of actuaries and medical professionals that meets regularly to discuss the evolving crisis and publish impartial actuarial advice. To date, members of the COVID-19 Actuaries Response Group have had two articles published in The Actuary and one in The Spectator. The Group has also been quoted in The Wall Street Journal and many other news outlets. This initiative has shown how co-ordinated actuarial teamwork can help to inform and influence the public, both in the UK and abroad.

While actuaries always have a duty to put the public interest first, the terms of reference have been key to the group’s rapidity and profile, promoting an agile response to developing situations, and enabling the group’s voice to be added to social media discussions – without insisting on 100% accuracy, or even complete consensus within the group. “The point was not to wait for a perfect answer and risk contributing too late to shape the debate, but rather to highlight that there is good actuarial judgment to be made about the future, even when assumptions are changing every day,” Suee Chieh explains. “A model that is roughly right but tells you the ship is sinking can still be acted on.” This work highlights his deep ambition to make actuaries more influential in societal and regulatory reforms.

Vision for the profession

“We are apt to be accurate, cautious, consistent and reticent, and in this lies our strength – but if we do not leave enough room for impulse and imagination, this can be a weakness. The actuary who is only an actuary is not an actuary,” Suee Chieh says, paraphrasing Frank Redington. This is even more true today than it was in Redington’s day. During his tenure, Suee Chieh will call for a reinvention of the profession by advocating a multi-disciplinary approach to problem solving, anchored to our mathematical and analytical core – but at the same time emphasising a new mindset of courage, curiosity, adaptability, judgment, imagination and continuous learning.

“We need a braver response to the problems facing our society,” he says. “The COVID-19 crisis offers us a unique opportunity to reinvent our profession and rethink how we want to operate the IFoA as a body, how we want to educate and train our actuaries, and how we want to reposition the profession to have a greater influence in this world of uncertainty and opportunity.”

The presidential address on 18 June 2020 was not short on bravery: Suee Chieh argued that we risk becoming weighed down by cautiousness and reticence. The perfect is the enemy of the good, he stated, when all around us seismic changes, such as the digital revolution and climate change, are happening at a macro level. He spoke of doing away with practices and processes that are unhelpful and anachronistic, and the importance of courage, learning, experimentation and imagination. The point of this change is to make sure actuaries will thrive in the digital age and a future fraught with uncertainty and opportunity.

“In line with our public duty, we must apply our actuarial skillsets more decisively, deliberately and ambitiously to achieve social impact goals – for example in environmental degradation, ageing, AI and ethics, economic and health security, and now, more topically, in epidemiology and the long-term consequences of pandemics.”

A family man, Suee Chieh and his wife spend their free time with their children, watching films and going on family bike rides. His interests are wide-ranging, including running, yoga and meditation. He considers the work-life balance crucial, and relaxes by listening to jazz and reading – the answer to almost every question comes with another book recommendation, demonstrating the depth to which he goes into any topic that interests him.

If now is the time to reimagine our profession, it is hard to picture anyone having more breadth of experience and energy with which to do it.

This article appeared in our July 2020 issue of The Actuary.
Click here to view this issue
Filed in
General Features
Also filed in
Interviews