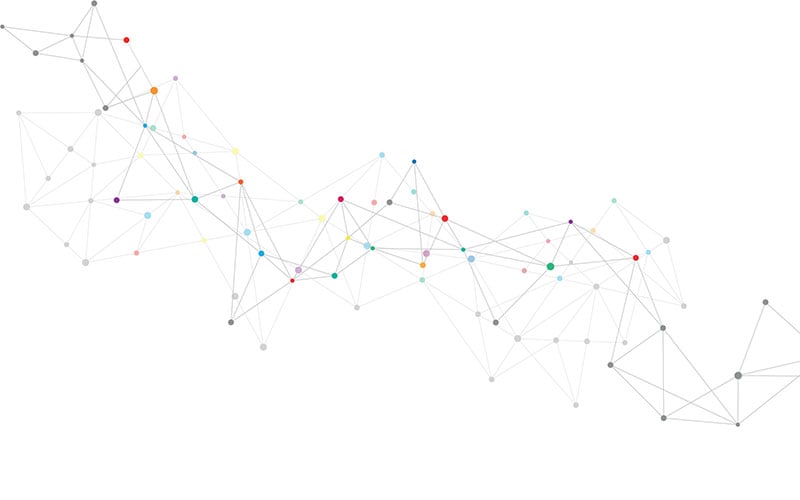 From a risk management perspective, modelling dependencies – both between operational risks (ORs) and against non-operational risks (NORs) such as market and insurance risk – is critical to understanding how these risks are interlinked, how likely they are to occur simultaneously, and the degree of diversification between risks.

There are many empirical studies of OR correlations using industry-wide data. While many suggest low correlations (25% or less), Abdymomunov and Ergen’s notable 2017 study of US bank losses had higher correlation estimates of 30-50%.

While many ORs may be viewed as independent of each other (for instance business continuity and documentation risks), they can often be linked by underlying drivers, such as poor governance, weak culture and quality of staff. Figure 1 highlights how one such driver – poor change management – could trigger losses across multiple categories.

“Operational risks can take many years to emerge – for instance, many PPI mis-selling claims from the noughties and earlier have only recently been settled”

In UK life insurance, the most common approach to modelling OR dependencies is copula aggregation, especially Gaussian copula. This provides a full distribution of aggregate operational losses, consistent with Solvency II requirements. Also, the alternative of variance-covariance aggregation implicitly assumes that the underlying distributions of each risk category are elliptical, which is rarely the case with ORs. This could lead to misstatement of aggregate requirements. 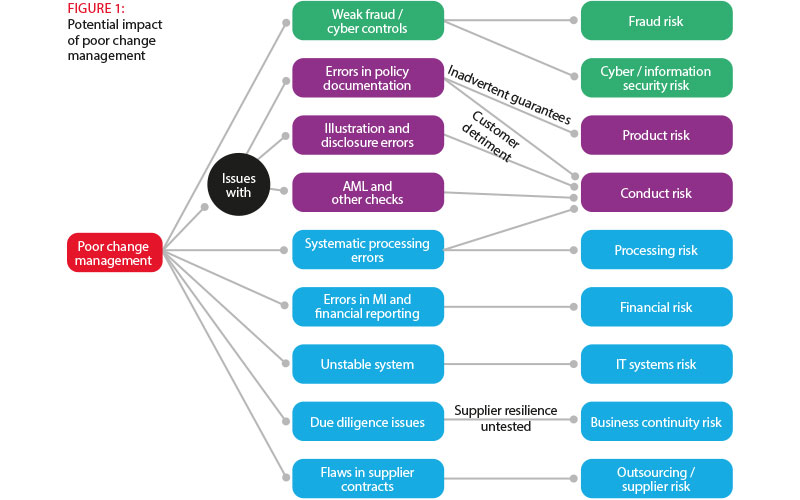 As for Gaussian copula, we believe that issues with its zero coefficient of tail dependency are overstated. Depending on the correlation assumption, this can adequately model extreme operational loss events occurring across different categories. Given the subjectivity around such assumptions, further refinement in copula choice may be spurious.

While it is common to allow for diversification between ORs and NORs in Solvency II internal models, this is not allowed for in the Solvency II Standard Formula, nor is it normal in bank and asset management economic capital models. We believe that such omission will result in an unrealistic view of OR capital requirements.

We identified a number of generic linkages between ORs and NORs, which are summarised in Figure 2.

From this, we can identify a number of issues with modelling dependencies and diversification benefits between ORs and NORs:

Finally, there is an issue of timeframe. ORs can take many years to emerge – for instance many payment protection insurance (PPI) mis-selling claims from the noughties and earlier have only recently been settled. While in the long run there may be connections between ORs and NORs (possibly lax mortgage underwriting before the global financial crisis of 2007-09 and PPI mis-selling), during the one-year timeframe of most economic capital frameworks these connections are less relevant. Instead, we may be considering the correlation between market, credit and claims experience during the coming year, and operational losses that may have been incurred a decade or more ago. 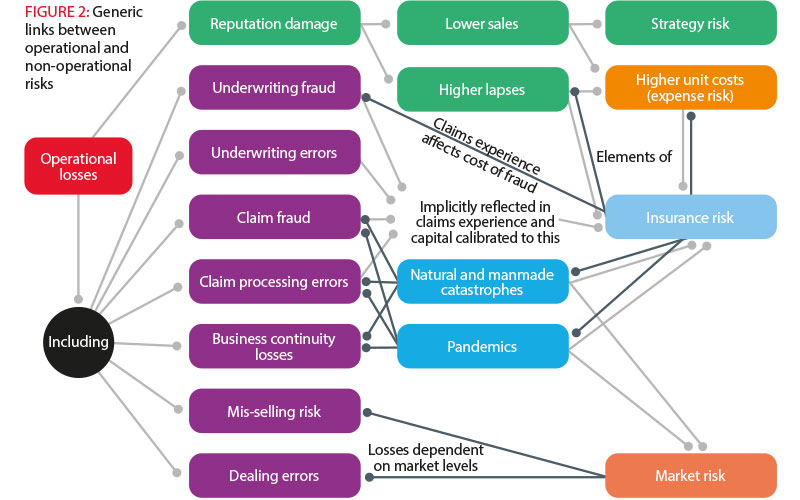 OR dependency modelling is still at a nascent stage. We expect further development and refinement during the coming years as more data and better models emerge. One area we would highlight in particular is the Bayesian Networks model. This seeks to develop a combined distribution of operational losses across all categories based on underlying causal factors, such as staff turnover and control weaknesses. There are practical challenges in building and implementing such a model, but this approach is more adaptable, for instance in allowing for asymmetric dependencies. We would encourage those involved in OR modelling to keep abreast of this and other developments.

The paper on which this article is based can be found at bit.ly/2U2JzpH

Patrick Kelliher is chair of the Operational Risk Working Party

This article appeared in our July 2020 issue of The Actuary.
Click here to view this issue
Filed in
General Features
Topics
Risk & ERM
Regulation Standards