Banking: Financial stability during a pandemic 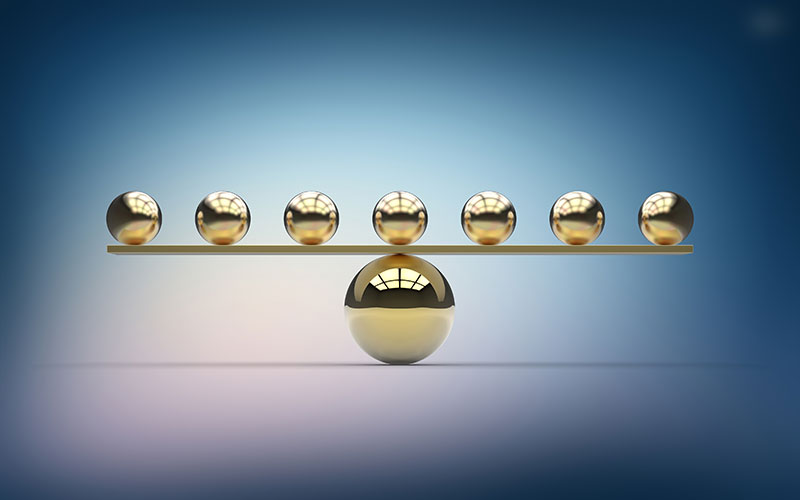 In these extraordinary times, banks must delicately balance their financial risks while complying with elaborate regulations and continuing to maximise profits, say Unnati Shah and Vedant Bang

During the past decade, banking has seen a shift from retrospective approaches to forward-looking, fair value methodologies for risk management. Greater emphasis is given to mark-to-market valuation, prospective risk-based capital calculation, asset pricing and supervision. Overall, risk management processes in banking have become more dynamic.

Thanks to these changes, the relevance of actuarial skills is higher than it has ever been when it comes to quantifying banks’ financial risks. Whether it’s modelling future movements of underlying risk factors, assessing probabilities of potential movements in asset/liability prices/yields, or predicting exposures and extents of loss in case of adverse experience, actuaries can demonstrably leverage their knowledge.

One of the actuarial skillset’s key applications in banking is model risk management. Model risk concerns potential losses that may arise if the quantitative models used by an entity are unsuitable for its intended purpose due to development, implementation or interpretation issues.

COVID-19 has taken the banking industry into uncharted model risk management territory. This period, together with ongoing regulatory changes, has catalysed the adaptation of existing models to work more effectively in extreme scenarios. We take a look at a few areas that could present challenges further down the road.

The global financial crisis of 2008 underlined the need for regulators to assess the financial system’s resilience to shocks, using a set of comprehensive stress tests that incorporate adverse macro-economic and market conditions. In the years since, regulators have periodically presented detailed Financial Stability Reports to exhibit the capital adequacy and profitability of systematically important, ‘too big to fail’ banks under a variety of stress scenarios.

However, these stress tests were constructed to meet economic conditions that were only moderately more severe than the 2008 crisis. They did not anticipate a severe pandemic that would virtually halt all major world economies. For example, a peak unemployment rate scenario of 10% was applied in the June 2019 Supervisory Stress Test Results of the US Federal Reserve. This is considerably lower than the actual unemployment rate of 14.7% observed in April 2020; almost 47% more were unemployed than had been anticipated in a stress scenario.

It is sensible to note that unprecedented macro-economic headwinds bring extraordinary policy measures from governments and central banks. Both fiscal and monetary tools are being used extensively to combat COVID-19’s impact on trade, industry and services. What remains to be seen is how regulators will redefine stress testing for banks in the future.

The CBOE VIX, also referred to as the ‘fear index’, gauges market uncertainty by tracking the 30-day implied volatility of the S&P500. The index more than doubled in March; on 16 March alone it rose by almost 25 points – around 43% – to close at an all-time high of 82.69. The previous peak of 80.74 had been on 21 November 2008. Increased volatility and uncertainty result in increased margin calls (sometimes running into billions of dollars) and provisions, tying up already scarce capital and affecting liquidity in a major way. The index has since eased to around 30, largely thanks to fiscal and monetary policy measures.

West Texas Intermediate crude oil futures are physically settled with the delivery of oil at maturity. With oil storage at capacity, a combination of global oversupply and lack of demand due to COVID-19 drove the security prices below zero to a record-setting low level. The electronic traded fund United States Oil lost a third of its value in a day because of these negative rates. Banks actively trade in commodities such as oil, and are mandated to value their holdings each day, quantify the associated market risks and hold capital that reflects these risks. Valuation models used had assumed a log-normal distribution that floored values to zero; negative prices were never foreseen. The industry had to quickly adapt and change methodologies to ensure smooth daily reporting. Exchange operator CME, for example, moved to a Bachelier model for option pricing, instead of the traditional Black-Scholes.

Most components of a bank’s daily market risk capital requirements come from a value at risk (VaR) model. Depending on the VaR methodology, current market volatility can cause different problems. For example:

The number of VaR backtesting exceptions in these uncertain times has risen significantly, with some banks reporting up to 12 exceptions in a single month. This, together with the fact that a lack of relevant historical data and decorrelations is reducing the effectiveness of hedges, means the ability to manage market volatility and risks is being tested.

If the overwhelming effect of the regulatory capital regime isn’t mitigated, the liquidity of banks – and thus their ability to lend – will clog up. Cognisant of this fact, regulators around the world introduced relief measures to help banks stay afloat and continue lending, keeping growth and demand stimulated.

The Bank of England’s Prudential Regulatory Authority (PRA) has allowed banks to tap into their liquidity and countercyclical buffers, which have been built over years for precisely such situations. The Swiss regulator has allowed banks to freeze VaR multipliers at February 1 2020 levels in order to reduce capital strain. The US Federal Reserve allowed banks to implement the standardised approach for counterparty credit risk (SA-CCR), a standard for counterparty credit risks in derivatives, a quarter earlier than planned. SA-CCR has replaced a regime that resulted in conservative capital calculations, thus helping to reduce capital strain.

There has been a global delay in the implementation of key changes such as the Basel IV guidelines (revised approaches). PRA delayed implementation for two-thirds of its planned projects, including greener standards. This will allow banks to focus on the issue at hand and contribute to rebuilding the economy.

The COVID-19 pandemic provides an opportunity for us to rethink and recalibrate models so that they will work in exceptional situations. The 2008 financial crisis led to the introduction of a multitude of regulations to enhance capital requirements and improve sophistication in financial risk modelling. While such regulations do help to manage scenarios that are moderately more severe than the 2008 crisis, they don’t provide requirements for model robustness in unprecedented circumstances such as those we now find ourselves in. Amid the volatility, the future for model risk management certainly looks exciting for actuaries.

Unnati Shah is a quantitative modelling consultant at Deloitte and a member of the Wider Fields Risk Management Working Group.

Vedant Bang is a senior consultant for quantitative modelling at Deloitte and a member of the Wider Fields Risk Management Working Group.

This article appeared in our July 2020 issue of The Actuary.
Click here to view this issue
Filed in
General Features