Sharing the load in pension provision 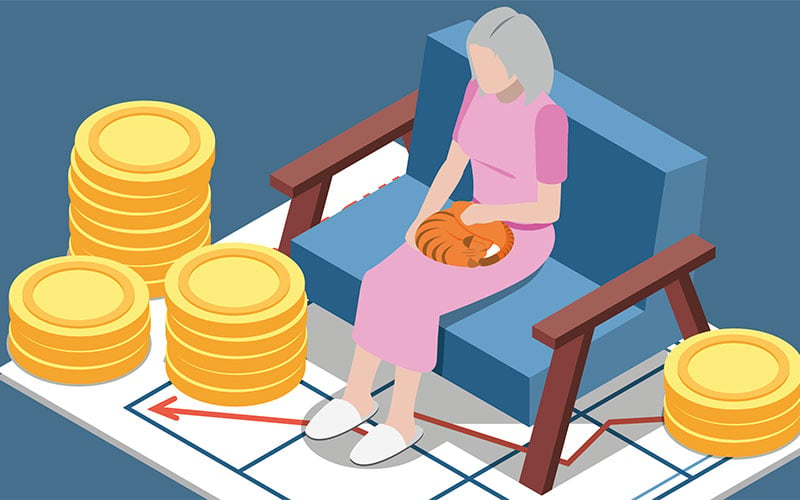 Imagine private pension provision didn’t yet exist and society decided it was time to introduce it. Three options are put forward:

Under option 1, some employers might question whether they want such an unpredictable and volatile cost, or an 80-year commitment that shows on their balance sheet and which they can’t be sure to honour.

Option 2 fixes that problem but puts the investment decisions – and risk – onto each individual employee, who must also cope with drawing down through an unknown lifespan, or judge whether the security provided by an annuity is worth the price.

Option 3 fixes these problems and, through the sharing of risk, can adopt investment strategies that target higher returns than options 1 and 2, thereby being expected to lead to higher average pensions. Pension increases can be relatively stable if set as follows:

Option 3 could well be popular.

CDC is set to become an option through the current Pension Schemes Bill, which has been delayed by Brexit and COVID-19 but is still expected to achieve Royal Assent this year, with the necessary regulations following next year. The government ran a consultation on CDC just over a year ago, where it received general support from the pensions industry and broader stakeholders.

Under the initial regulations, employers will be able to set up CDC trusts, subject to approval from The Pensions Regulator. Employers are likely to need at least 5,000 employees for this to be cost effective.

Otherwise, in time, employers could look to a CDC master trust for easier access to CDC. These could be used either for accumulating pension or as an additional option for DC savers wanting to buy a CDC pension at retirement. However, to make this a reality, a further round of regulation will be needed – the industry will need to design how CDC master trusts will work, compete commercially, and be regulated.

CDC has existed elsewhere for some time, particularly in the Netherlands, Denmark and parts of Canada. These countries have all received acclaim for their pension provision systems – although bear in mind that they all use different forms of CDC to each other, and to the form of CDC that is being developed in the UK.

Dutch CDC schemes have experienced problems around the perception of fairness. Pension increase levels are set based on a prudent measure, so money is being held back from the current pensioner population. UK CDC is due to set pension increases based on best estimates of funding levels, as part of achieving fairness.

Many countries have DC as the predominant private pension provision, with lump sums being taken at retirement. That can lead to individuals running out of money in retirement, or conversely being overly cautious by holding back money and not taking a good retirement income. CDC overcomes this: as a collective scheme that pays pensions for life, it automatically pools longevity risk across the membership.

For CDC, strong governance is needed to ensure that pension increase levels are set at appropriate levels. Subject to this, there would seem to be a good case for CDC in many countries.

This article appeared in our June 2020 issue of The Actuary.
Click here to view this issue
Filed in
General Features
Topics
Risk & ERM
Pensions