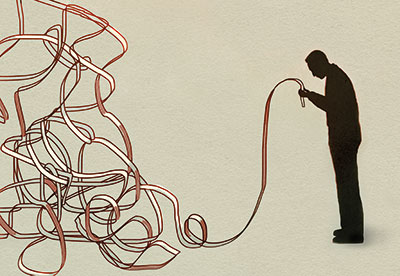 Compound interest, one of the foundation stones of actuarial science, has a long history. One writer has suggested it may have originated from people lending a herd to a neighbour for several years and finding it had become more numerous when returned.

Compounding for loans lasting more than a year was known in ancient Rome; Cicero wrote to a friend in 50BCE, “I had succeeded in arranging that they should pay with interest for six years at the rate of 12%, and added yearly to the capital sum.”

In medieval times, much borrowing was for months rather than years, so compounding usually did not arise. Richard of Anstey, for example, was a plaintiff in a legal case starting in 1158, which necessitated him making several journeys round the south of England; he needed 21 loans to cover his expenses. The largest loan was £20, but many amounted to £5 or less. These loans had to be obtained from Jews, because religious restrictions prevented Christians from moneylending.

Richard borrowed from nine different people for periods ranging from two months to three years, with 15 loans running for a year or less. The rates of interest were all expressed as “per pound per week” and were four pence in nine cases, three pence in eight cases, and two pence in three cases (corresponding to about 86%, 65% and 43% per annum). One small emergency loan was charged at the equivalent of 4.5 pence.

When loans extended for several years, they could mount up rapidly, as illustrated by the transactions that occurred at Bury St Edmunds Abbey from 1172 onwards. For example, an abbey official secretly borrowed £27 to repair the monks’ room. After some years, the debt had accumulated at compound interest to reach £100, and it was agreed that the debt should be rolled over into a new loan of £200 repayable in four years’ time. However, at the end of this period the abbey still could not afford to repay the debt, and it was converted into a loan of £440.

The science of compound interest was studied by mathematicians such as Fibonacci who, by calculating what a sum lent would become after 18 years at 25% per annum, showed in 1202 that compounding could cause loans to become enormous. By looking separately at the sum required to secure each payment, he also worked out how much must be invested to secure an annuity payable for five years and 70 days. In Europe, annuities were often granted by one person to another as part of a property transaction, and towns needing to raise money to finance wars or expansion would grant perpetual or life annuities.

Social concern grew, as long-term borrowers often became desperate. In 1233, a new law in England prohibited moneylenders from compounding interest, and in 1275 the law went further and banned them from charging any interest at all. A way round the ban was found when, in 1276, Henry of Berkeley received a payment of £120 from a moneylender and granted him an annuity of £40 per annum for 10 years, so that he received a return equivalent to about 31% per annum compound interest. Another way of evading the ban was to avoid any mention of interest in a loan contract but specify a repayment sum higher than the sum lent.

“An important step forward was when Jean Trenchant of Lyon published the first compound interest tables to appear in print, in 1558”

Francesco Balducci Pegolotti worked for the great banking house of Florence, known as the Bardi. He served it in various countries, including England from 1317-21, and produced a lengthy manuscript on mercantile practice, of which a copy written in 1472 survives today. This manuscript is important because it contains the earliest known tables of compound interest. Banks often made short-term loans to merchants and others, charging only simple interest. However, officials of these banks would have been well aware that a sum they set aside for a portfolio of short-term loans, with simple interest reinvested, would have increased in value over a period of years at much the same rate as if the sum set aside had benefited from interest compounded at least annually. Tables of compound interest would therefore have been useful.

From about 1500 onwards, the publication of printed books started to give wider audiences access to materials that had only been known in manuscript to a few. There was an increasing focus on loans, because changing attitudes in both Europe and England during the 16th century led to the gradual relaxation of legal and religious restrictions on charging interest. Estienne de la Roche of Lyon devoted nine chapters to compound and simple interest in his arithmetic book of 1520. He used somewhat similar methods to those pioneered by Fibonacci three centuries earlier, but delved into the subject in greater depth. Using a trial and error method, he tackled the difficult question of finding the rate of interest in a compound interest transaction lasting two years and eight months. He also developed a formula for finding the annuity payable for three, four, five or six years which could be bought for a given sum.

The mathematical methods required considerable laborious computation, which was very time-consuming and liable to error. An important step forward was when Jean Trenchant, also of Lyon, published the first compound interest tables to appear in print, in 1558. He was followed by Simon Stevin of Bruges, who, in 1582, published more extensive tables, in present-value form rather than Trenchant’s accumulation form. Stevin wrote that such tables had previously been in use by some people but had been kept hidden as a great secret, and the method of composing them was known to few people. In England, an excellent book written by London mathematical practitioner Richard Witt appeared in 1613:  this contained numerous tables of compound interest, in both accumulation and present-value form, and a wealth of practical examples showing their use in property transactions. Witt clearly understood the mathematical basis of compound interest, and his book is a landmark in the subject.

Various other tables of compound interest were published during the 17th century and were used quite extensively, though they sometimes contained annoying mistakes. An example of such mistakes occurs in an English manuscript table written between 1625 and 1651, now owned by the IFoA (see Figure 1). Based on the 8% interest rate then prescribed by law, that table is in the same format as modern tables, showing the year by year accumulations and present values of a single payment and a series of payments for up to 30 years. The table must have been needed in practice, since someone took the trouble to copy it out.

In 1671, Jan de Wit in the Netherlands combined compound interest calculations with age-dependent survival rates linked to a mortality investigation; Edmond Halley carried out a similar analysis in England in 1693. The compound interest techniques developed over a period of 500 years thus became a basis for the development of actuarial science.

Chris Lewin is chair of the IFoA’s Infrastructure Working Party, and has written numerous articles on actuarial history. His book Pensions and Insurance before 1800: A Social History was published in 2003 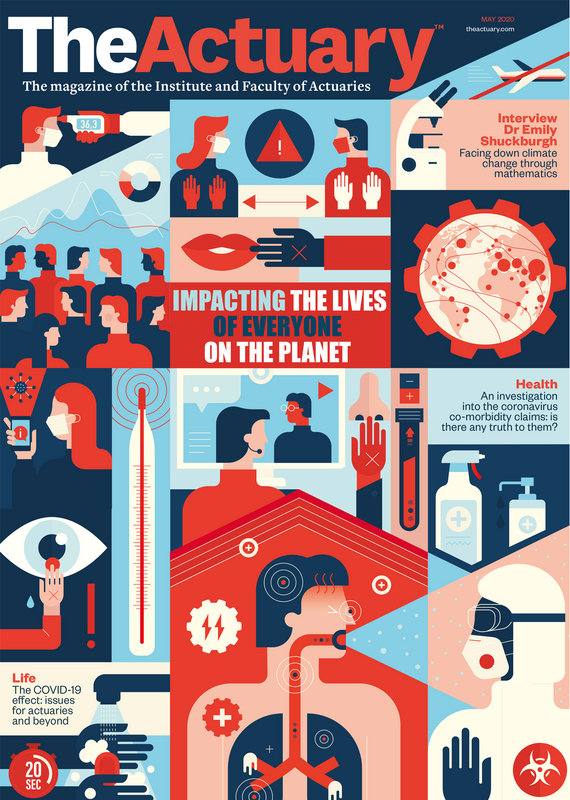 This article appeared in our May 2020 issue of The Actuary.
Click here to view this issue
Filed in
General Features
Topics
Investment
Pensions
General Insurance