In the vaults: the features of cryptocurrency spot and future markets

Blockchain technology and the trading of bitcoin were introduced in October 2008 in the famous paper by Satoshi Nakamoto. 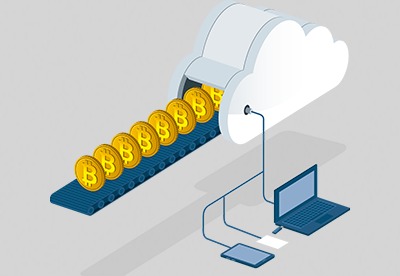 Since then, a number of other cryptocurrencies have been created. However, bitcoin remains the most prevalent.

Financially settled futures contracts using bitcoin were introduced in December 2017 by the Chicago Mercantile Exchange (CME). Another large exchange, Intercontinental Exchange Inc (ICE), started trading in physically settled bitcoin futures through its Bakkt unit in October 2019, highlighting similarities between bitcoins and commodities, and making the concept of warehousing not only relevant but critical. This, in turn, triggered a large number of offers for storage insurance by companies like Lloyd's, Aon, ING and other large insurers.

In this article, we present some features of cryptocurrency spot and futures markets and explain why storage devices ensure the existence of a convenience yield introduced by Working (1949) in the Theory of Storage. Then, we discuss the insurance contracts recently proposed. Finally, we infer from the spot-forward relationship the specific 'benefit' component priced by the market for having physical (versus financial) bitcoins readily available.

Some properties of bitcoin spot prices

Nakamoto's paper described "a fully peer-to-peer electronic cash system". Bitcoin trading requires a blockchain, which is a secured platform and a ledger, and is currently developed for a variety of applications unrelated to the trading of cryptocurrencies. The total market capitalisation of all cryptocurrencies was US$828bn in January 2018 (just after two exchanges launched futures), US$200bn in August 2018 and US$272bn in September 2019; approximately 68% of the total cryptocurrency market cap was bitcoin at the time of writing.

The price trajectory of bitcoin in Figure 1 shows the remarkable rise driven by enthusiastic investors during 2017. From December 2017, bearish traders were finally able to express their sentiment by taking short positions in future contracts. A cautious comparison can be made with gold, which experienced a 50% drop over two years after futures were introduced on the COMEX (the Commodity Exchange, now part of the CME) in December 1974, the highest value reached by the ounce of gold being the day before gold futures started trading (see Hale et al., 2018).

Many authors discuss the virtues of bitcoin as an investment asset. To our knowledge, this is the first paper which analyses the relationship between bitcoin spot and futures prices, and infers an ownership yield from the convenience yield and cost of insurance for the custody of bitcoins currently offered by large financial institutions; conversely, estimating the ownership yield in bitcoins through other criteria would provide insurance companies with a reference quantity for the cost of insurance they are proposing. Note that the introduction of physical delivery of the futures traded on ICE makes the discussion of warehousing central, and in turn the insurance offer. Along the same line of arguments, options that the CME  introduced on bitcoins in January 2020 will probably give a physical settlement as a choice at some point in time.

The first futures contracts were launched by the CME in December 2017. They have a financial settlement in dollars at maturity, like the S&P 500 Futures contracts but unlike the 'physical' delivery which prevails for crude oil and most commodities. Each CME contract consists of five bitcoins and is settled against an index called Bitcoin Reference Rate (BRR), which is an average of spot prices quoted by different exchanges. CME futures are subject to the regulatory oversight of the Commodity Futures Trading Commission (CFTC), and are protected from counterparty risk by the Clearing House of the Exchange - a desirable feature since more than 36 cryptocurrency trading venues had closed by the end of December 2018.

As of their launch in December 2017, the CME bitcoin futures have required an initial margin of 37% of the previous day's settlement price. Moreover, these margins change daily (called 'floating margins'), a feature which, like the size of the margins (compared to, say, 3% for crude oil futures), reflects the unique bitcoin price volatility.

Cryptocurrencies have taken a further step in the direction of commodities with the emergence of 'cold storage', which is the opposite of 'hot storage'. Hot storage is essentially internet-based storage; cold storage means storing the crypto private keys in an offline environment in order to avoid the online vulnerability to hacking. The most popular cold storage options are: a) a paper wallet that contains a pair of private/public keys printed on a piece of paper, with keys generated offline securely; b) a hardware wallet, which is an electronic device, but the most robust cold storage choice for cryptos; and c) a USB drive, a very simple cold wallet, which carries the risk that anyone with access to the USB can access the cryptocurrency.

In contrast to dollar-settled futures from CME, Bakkt/ICE Futures are settled with physical delivery of bitcoin. Trade started in November 2019, after Bakkt was cleared by the New York Department of Financial Services to serve as a qualified custodian for customer bitcoin funds. ICE had declared that Bakkt Warehouse would use biometrically controlled bank-grade vaults and enterprise-grade hardware security modules to ensure both safekeeping and availability of customer funds. The cold storage warehouse is covered by a US$125m insurance policy underwritten by a leading global syndicate of insurers.

In contrast, insurers rarely cover hot storage risks, because of the dangers of hacking. In the case of 'offline' cold storage, insurance policies can be by incident or total value and explicitly exclude hacking.

We observe that bitcoin has been regulated since 2015 in the US by the CFTC, and that the CFTC chairman declared in September 2019 that Ethereum, an alternative to bitcoin, was also a commodity. We argue that holding physical bitcoin presents a benefit because of frictions in the purchase of spot bitcoin, hence a convenience yield deserves to be extended to bitcoin. This would be similar to the one introduced for commodities in the founding papers of Working (1949) and Brennan (1958) to represent the virtue of owning a physical commodity rather than a derivative/financial contract written on it. Geman and Vasicek (1999) discuss the crucial issue of storability in the valuation of commodity futures. The recent insurance contracts offered at the end of 2019 to the institutions proposing warehousing to their customers is further evidence of the storability of bitcoin.

where f(t,T) denotes the price at date t of the future contract maturing at date T, S(t) is the spot price of the crypto, r is the short term rate and y is the convenience yield. Both r and y are assumed constant over the period (t,T). It is important to highlight that this relationship also holds for currencies and equities. It has the beautiful property of being independent of the choice of any stochastic process representing the spot price (see Geman, 2005).

Lastly, under constant interest rates (an acceptable assumption since maturity T is typically within a year) the forward price f(t, T) and the future price F(t, T) of the same maturity are equal. Both spot and future price data is available from a suitable exchange.

Take as an example the forward curve observed on 22 April 2019 (Figure 2) when the spot was US$5,310. It was increasing, indicating that the investors were optimistic, possibly because it was the time when Libra, the cryptocurrency proposed by Facebook, was first discussed.

The cost of insuring bitcoin storage currently quoted by Coinbase, the largest bitcoin warehousing provider with US$7bn worth of bitcoins in custody, is c = 50 basis points or 0.5%; remembering that y is the convenience yield net of storage cost y = b - c, we obtain that the pure benefit b perceived by the market in the ownership of a physical bitcoin is of the order of 1.82% per bitcoin per year.

After futures contracts, options on bitcoins are obviously the next class of derivatives to be analysed. We know from commodities that the Merton (1973) formula would easily provide the price as long as the crucial quantity (r - y) deservedly discussed above is identified. The transparency in option prices that will prevail after the introduction of options by the CME in January 2020 will let us know whether the other assumptions of the Black-Scholes-Merton model, in particular the one constant volatility for the spot, will be validated by the market.

In all cases, the deep understanding of the futures prices (a challenging exercise) is a necessary step to option pricing, in particular in the case of complex underlyings as explained by Taleb (1998).

We investigated in this paper a number of bitcoin properties, in particular the storability and convenience yield, which allows us to write the spot-forward relationship, a fundamental (see Geman, 2005) tool in all traditional asset classes such as equities, currencies and commodities, and crucial in the valuation of options on bitcoin. We discussed the insurance contracts recently proposed by Lloyd's, Aon and ING on bitcoin custody and computed in the specific example of a CME forward curve observed in April 2019 - the benefit or ownership yield (net of storage cost) priced by the market.

Professor Helyette Geman is the director of the Commodity Finance Centre at Birkbeck, University of London and research professor at Johns Hopkins University; she is a Member of Honour of the French Society of Actuaries.

Henry CW Price is head of the Crypto Group in the Commodity Finance Centre at Birkbeck, University of London.

H Geman and O Vasicek (1999) 'Forwards and Futures on Non-Storable Commodities: the Case of Electricity', RISK