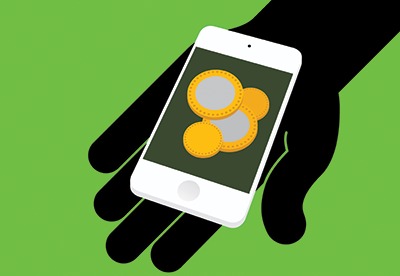 The Cashless Society Working Party is approaching its third anniversary. Little did it know, at the time of its inception, how relevant and divisive the concept of the cashless society would become for both developed and developing regions. Its initial effort to deliver an interim sessional paper in January 2018, positioned as a neutral contribution for the public interest, resonated widely. This work paved the way for multiple contributions to public inquiries and debates on the future of money, concentrating on global developments and specialised topics.

There has been an acceptance that the digital revolution will involve a shift towards a society with less cash. This will require active transition management from governments, engaging with all stakeholders in developed countries to avoid adverse effects - especially on people who are unbanked or unable to access the internet.

The independent Access to Cash Review (bit.ly/access2cashreport), published in March 2019, recommended a sustainable cash distribution model that would avoid the need to legislate to protect cash. It is hoped that lawmakers who took part in the Westminster debate 'Financial exclusion and the future of access to cash' (bit.ly/parliamentbriefing0115) will adopt this approach.

The Working Party agrees that legislating to provide access to cash would not be sustainable, as the declining demand would result in a rising unit cost for supply. This will disproportionately hurt poorer and older members of society, who tend to rely on cash - the very people such legislation would try to protect. It is accepted that cash will remain necessary for the foreseeable future for a number of reasons that are explored by the review, as well as for strategic resilience purposes.However, its current economic model is unsustainable.

Addressing the cash supply will require a corresponding programme to improve digital financial inclusion for those who are currently disadvantaged. One of the key questions at the 2018 sessional was: "Why couldn't the UK implement a simple system like M-Pesa in Kenya or EcoCash in Zimbabwe, where basic, cheap 2G mobile devices allow payments using SMS transactions?" Two years on, the question remains. The UK mobile-to-mobile payment system Paym is a well-kept secret, and still requires a bank account.

Whether the benefits of a system such as M-Pesa can be reproduced in a country where the unbanked are the minority remains to be seen. While a 2G mobile MPesa-like system would enable peer-to-peer payments, it would not resolve the poverty premium. Smartphones and internet access are passports to financial inclusion, granting access to the best utility offers, financial management (including budgeting) and banking apps, job searches, communication, social networks and knowledge. M-Pesa itself is evolving with its smartphone app, enabling further e-commerce functionality in Africa, where smartphones are increasingly affordable.

In the UK, the unbanked are a minority market, so the solution to include them may have to come from the government in coordination with regulators, telephone companies, banks and fintech businesses. This seems a salient point for developed countries, where low-income segments represent a minority share of the market - it might not be economically viable for commercial enterprises to provide the necessary resources, meaning they may not be relied upon to do so. Would UK market players be likely to drive solutions for the under-served? Even new banks rely on customers' access to the internet.

While the context may be different, the UK could learn from advances in developing countries and from organisations with a wealth of knowledge, such as Vodafone (M-Pesa's owner). Lawmakers singled out credit unions as potential partners in May's Westminster debate. Credit unions have much experience to share with the UK - in partnership with NGOs, they have played an active part in financial empowerment in Africa and Asia. Mobile money (the term given to payments on mobile devices) has been a revolution in Africa. Globally, 1.1 billion unbanked people have a mobile phone. The World Bank's Global Findex suggests that most unbanked people would be open to using financial services if they were accessible, affordable, fair and useful. The World Economic Forum concludes: "Fixing global poverty is hard. But one solution might be as simple as using a mobile phone [not necessarily a smartphone] to access financial services."

The importance of engagement with stakeholders was a key lesson for Nigeria. The country established an aggressive cashless policy in 2017, with a bank-driven programme. Following poor progress and popular backlash, the programme was cancelled. A new approach focusing on engagement with stakeholders, digital national ID and the introduction of Payment Service Bank licences in early 2019 is leading to new dynamics, with telephone companies entering the market and banks offering inclusive products. Most of the unbanked already had at least a basic mobile phone, while affordable smartphones are being introduced to equip others.

These developments have led to new knowledge in the field. Sudden access to 'helicopter money' must be managed carefully in order to avoid the teething problems observed in regions such as Kenya. The boom of fintech services has been supporting business growth through short-term unsecured loans. However, there is growing concern over loans being used to finance problem gambling.

Customers who currently have no access to bank accounts or electronic means of payment may also find themselves vulnerable to aggressive commercial ploys. Responsible behaviour needs to be nurtured in order to bring this new demographic safely into the formal economy. This will require a coordinated approach between the private sector, which must uphold its duty of care, and the public sector, which must develop and enhance financial literacy skills.

The other major lesson from developing regions is the value of digital identity to those without any formal documentation, such as identification or home address; this is usually a barrier to opening bank accounts. As banks prepare to launch biometric payment cards using fingerprints instead of PIN numbers for security, now may be the time to redefine documentation requirements and consider the benefits of national digital identification. While India's Aadhaar programme still attracts criticism, its deployment of biometric ID to 1.2 billion Indian residents and a simultaneous financial inclusion programme have enabled 328 million Indian people to access formal banking infrastructure, doubling the share of account ownership in rural areas. The strategy has also enabled India to make direct cash transfers of $64bn to citizens since its inception, improving social protection. 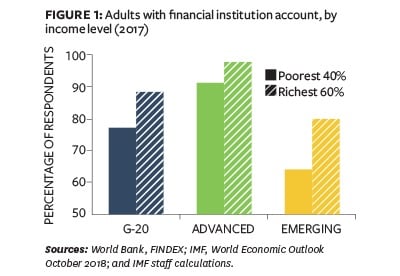 Legislating to protect cash would be regressive. Technology solutions are ripe for the ecosystem to deliver value to many underserved customers. Digital ID could provide fast, low-cost identification and verification processes, and affordable smartphones with internet access would improve supply-side economics.

Digital ID would also be a requirement for introducing retail central bank digital currencies and keeping vulnerable groups away from scams. Open banking may present the best opportunity for previously excluded residents to build a customer profile, and associated credit risk assessment. This should, in turn, grant access to competitive financial providers to meet their needs.

Financial inclusion requires sponsorship and leadership: it may now be an appropriate time for it to be assigned to the Bank of England's mandate and progress to be publicly reported on, as some other central banks do.

This article appeared in our December 2019 issue of The Actuary.
Click here to view this issue
Filed in
12
Topics
Technology
Finance