For what it's worth 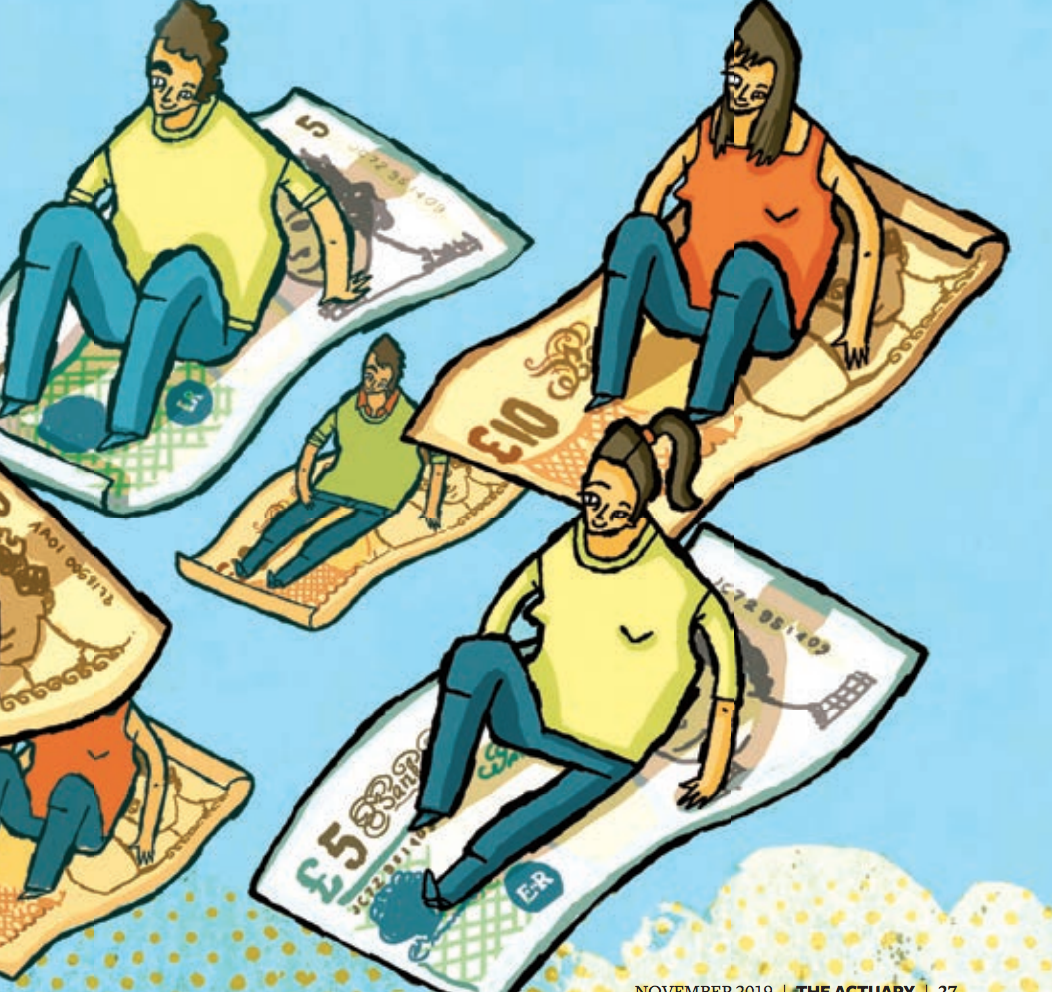 The practice of transferring benefits out of defined benefit pension schemes by payment of cash equivalent transfer value (CETV) has been getting a certain amount of media attention in the UK. Low interest rates have driven up the size of CETVs, while the 'pension freedoms' introduced in 2015 allow people to transfer into defined contribution schemes without the need to annuitise. This combination of factors has led to high levels of CETV activity, especially for those near to retirement, and there are fears of another 'mis-selling' scandal.

Are CETVs being set at the right level? That is the question addressed by the IFoA's Current Pensions Review Working Party.

The IFoA's last significant review of CETV methodology was in 2005, when Exposure Draft 54 proposed significant changes. These changes were not implemented, and the government decided instead to amend the legislation in 2008, with the Pensions Regulator (TPR) also issuing new guidance.

The Working Party engaged with different stakeholders, including:

These discussions have not highlighted a need for a fundamental change in the way that CETVs are calculated. However, a number of interesting views were raised that merit consideration by actuaries advising on CETV calculation.

For most schemes, we would expect lower CETVs if an allowance is made for the option to give up some pension for a cash sum - that is, commutation. Legislation says that: "The trustees must determine the extent  of any options the member has which would increase the value of his benefits under the scheme," but is silent on what consideration should be given to options that would decrease the value of scheme benefits.

TPR guidance states: "Only those options which would increase the value of benefits may be included within the benefit for cash equivalent purposes under the best estimate method." This reflects its interpretation that the legislation does not allow for member options that reduce CETVs, but others believe the legislation is unclear on this point, as shown in Figure 1 (overleaf).

Around two thirds of respondents either agreed or strongly agreed that allowance for commutation should be permitted. However, presumably because of TPR's view that this is not permissible, the survey also identified that very few schemes actually allow for commutation.

Responses include arguments for making such an allowance where evidence suggests members tend to take up the option, as this is more in line with a best estimate view. Arguments against include that CETVs should reflect the value of the promised benefits and it is not appropriate to reduce that value by assuming members will take an option.

The Current Pensions Review Working Party expresses no view on the matter but feels the policy intention could be more clearly reflected in the legislation.

TPR guidance states: "Trustees must have regard to their investment strategy when choosing assumptions. This includes the appropriate investment returns to be expected, which in turn will influence the choice of interest rates with which future expected cashflows are discounted."

If allowance is made for future changes in investment strategy, then how this is achieved maynot be straightforward - if, for example, the investment strategy is contingent on certain events, such as reaching a given funding level. Most respondents considered that the level of investment returns assumed for setting the discount rate is broadly acceptable and are comfortable with the 'cost to the scheme' principle and the flexibility available as to how this can be applied. 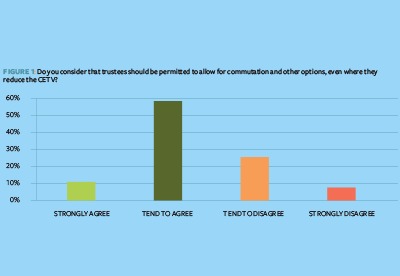 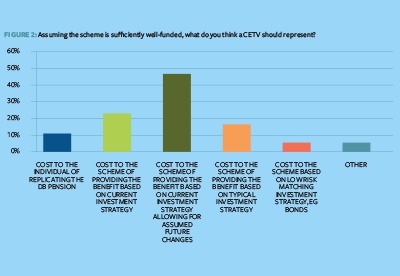 Legislation states that: "In determining the demographic assumptions, the trustees must have regard to - (a) the main characteristics of the members of the scheme". TPR's guidance states that trustees should discuss with their actuary "whether a particular assumption is likely to be influenced by scheme-specific, industry-specific and/or member-specific factors" when determining a best estimate assumption.

We focused on whether sex-dependency, health status and selection should be taken into consideration when setting mortality and family statistic assumptions.

There were mixed views on whether sex-dependent assumptions should be used to calculate transfer values. Those in favour noted that there is clear evidence to support the use of sex-dependent mortality rates and that these should lead to a best estimate basis. However, many respondents said that views may change in light of overall gender equality in society.

When asked whether trustees should be permitted to use mortality assumptions that reflect known or expected health impairment when calculating CETVs, some respondents were in favour, commenting that members should be treated as individuals. However, many cited practical issues in obtaining the relevant evidence to back this assumption as a reason for not doing so. Trustees also need to be satisfied that they do not fall foul of disability discrimination legislation.

A significant majority were in favour of permitting an allowance for potential selection against the scheme when calculating CETVs, but most schemes don't do so. This may be due to practical difficulties or, as some people said, because selection against the scheme is expected to be less of an issue if other factors are accounted for (for example, gender, location, health and commutation) - a smaller risk for larger schemes than for smaller ones.

Actuaries will need to exercise judgment when advising on the level of granularity and types of groupings for setting demographic assumptions, in regard to the strength of available evidence, materiality of potential differences, the risk of discrimination and practical considerations.

Reducing CETVs and other factors

We asked two questions about reducing CETVs to allow for a scheme being underfunded. These indicated that a high proportion of schemes, which could (under the legislation) pay reduced CETVs, were choosing not to do so, and that this proportion was unlikely to fall materially if regulatory constraints were relaxed.

Where reduced CETVs are permitted, actuaries should ensure that trustees have gone through a sufficiently thorough process before reaching a decision to reduce (or not), taking into account measures that are in place to mitigate the risk of the scheme not being able to pay out its benefits in full. They should also keep this decision under periodic review.

We also asked whether actuaries considered the minimum size of CETV that would enable a member's financial advisers to make a transfer recommendation. We found this tended to be considered for bulk transfer exercises only, where it was done as a matter of awareness but not to influence the level of CETVs.

Overall, the existing legislative and regulatory framework for calculating CETVs is viewed as being reasonable, with sufficient flexibility for appropriate judgment. Clarity on the permitted allowance for members options is welcome. The Current Pensions Review Working Party is discussing this topic with relevant stakeholders and welcomes your comments - email [email protected]

Source: IFoA Policy Team and the Association of Consulting Actuaries

This article appeared in our November 2019 issue of The Actuary.
Click here to view this issue
Filed in
General Features
Topics
Pensions