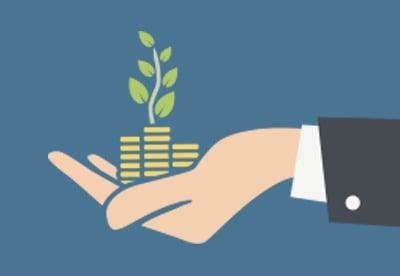 The climate emergency is posing material financial risks that could threaten the security of members' benefits. My contention is that significant pension funds should be obliged to disclose how they are managing their climate-related financial risks. They can do this by making their report and accounts available to the public - as well as showing the extent to which they have followed the recommendations of the Financial Stability Board's Task Force on Climate-Related Financial Disclosure (TCFD), if the report does not already make this clear.

Pension funds are already obliged to produce accounts and a Statement of Investment Principles (SIP), and to make them available to their members on request. Some large funds publish their accounts online, sometimes using a log-in that excludes the general public. Recent regulatory changes mean that defined contribution pension funds must publish SIPs online, and this will apply to defined benefit funds from October 2020. However, the extent to which climate change is addressed in the SIP depends on the trustees and the extent to which they consider it a 'financially material consideration'.

Public disclosure acts like a powerful, informed commentator looking over the shoulders of trustees, who may be called to account by public opinion and required to justify decisions. Although this is unlikely to happen, the knowledge that stewardship will be in the public domain serves to focus attention and gives climate issues their rightful priority.

Occupational pension funds are private trusts, and public interest may be questioned. However, they proliferated and accumulated as a result of generous tax reliefs financed by the public at large. And their current magnitude - more than £2trn - means that they have a significant influence on the UK economy. In a recent speech (Tokyo, October) the governor of the Bank of England, Mark Carney, stated: "With our citizens - led by the young - demanding climate action, it is becoming essential for asset owners to disclose the extent to which their clients' money is being invested in line with their values."

The June 2017 TCFD recommendations are voluntary and still at a relatively early stage of implementation. In June 2018, the UK Parliament's Environmental Audit Committee called for all listed companies and large asset owners (including pension funds) to report in accordance with the TCFD on a 'comply or explain' basis.

The TCFD recommendations have received widespread support from around the world, according to the latest June 2019 TCFD status report, including from the UK government, the Prudential Regulation Authority and the Pensions Regulator. The government's July 2019 Green Finance Strategy took this a stage further by setting up an industry group to develop TCFD guidance for pension funds, with a view to 'putting it on a statutory footing during 2020', and expecting 'large asset owners' to be disclosing in line with the TCFD by 2022.

The TCFD recommended that disclosures should be incorporated in mainstream financial statements, rather than being a separate report, so that the context and significance can be appreciated by all stakeholders. However, this level only applies to pension funds if they also provide public access to their accounts. It is not clear whether public disclosure is intended in the Green Finance Strategy measures summarised above.

Many large funds have signed up to the UN Principles of Responsible Investment, which commits them to environmental, social and corporate governance (ESG) considerations. However, these principles do not require disclosure of the potential financial impact of climate risk, and pension funds that have signed up do not necessarily make their accounts and SIPs publicly available. In relation to personal pensions, further disclosures will need to reflect their different structures. Independent Governance Committees (IGCs) currently provide oversight of the value for money of workplace contracts. The Financial Conduct Authority recently consulted on extending the IGC brief to include reporting on ESG policies, including climate change. The outcome is awaited.

Proposing further requirements for pension funds should not be undertaken lightly in view of the additional burdens that have been applied over the years. However, no additional documents are being proposed; only that the report and accounts should be publicly available through a website, and, where not already covered by this document, showing

the extent to which they have followed the recommendations of the TCFD. Recognising the potential burden for smaller schemes, it should only apply to funds above certain thresholds, for example, more than 1,000 members or £100m of assets.

Pension funds are major investors in public companies engaging with the TCFD approach. They should use this information for their own strategies, to apply the TCFD recommendations themselves and allow public access.

This article appeared in our November 2019 issue of The Actuary.
Click here to view this issue
Filed in
General Features
Topics
Pensions
General Insurance