It's been 100 years since the IFoA's forerunners voted to admit women to their ranks; we examine the process that led to that important decision 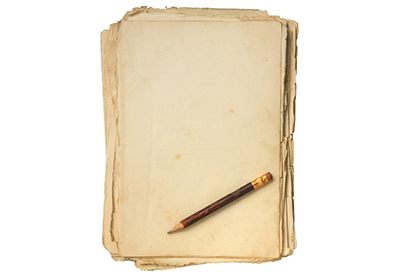 On 11 April 1916, in the midst of the First World War, Mr Austen Cartmell, solicitor at Markby, Stewart and Co of London EC1, delivered his opinion to the then Institute of Actuaries regarding the admission of women. "I am upon the whole of opinion," he wrote, "that women can properly be admitted as members of the Institute. The profession of an actuary is of comparatively modern origin; and this being so, the fact that no woman has heretofore practised such profession does not, in my opinion, warrant the conclusion that, according to the common law, a woman is disabled from doing so, or from being a member of such a body as the Institute of Actuaries." [1]

In December 1918, Geoffrey Marks, in the closing statement of his presidential address, returned to the subject of women's admission to the actuarial profession. "I must ask you to bear with me for yet a few minutes," he said, "while I refer to a question which, though not at present a burning one, is certainly smouldering, and therefore requires examination and careful handling. I mean the admission of women to the Institute. Women's brains and physical capacity are no greater and no less now than before the war, but the war has given them the opportunity to prove their precise worth in both these respects. In the past, the refusal so to admit them was due to want of knowledge which has now been supplied, or to prejudice on the part of men, which amounted to a denial of social justice. I do not see therefore why the Institute should affect to be deaf, or should bar its doors when women begin to knock at them." [2] 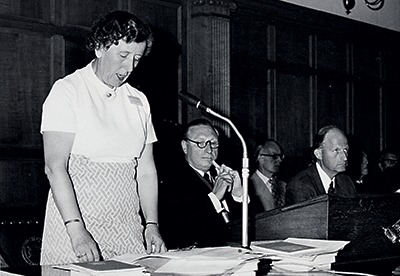 CLICK HERE to see Austen Cartmell's legal opinion on the admission of women. Note the extensive deliberation given to the use of male pronouns. [1]

The question of whether women should be admitted to the profession coincided with the Sex Discrimination (Removal) Act of 1919 that was then making its way through the Houses of Parliament. The purpose of this Act was to ensure that:

A person shall not be disqualified by sex or marriage from [] being appointed to or holding any civil or judicial office or post, or from entering or assuming or carrying on any civil profession or vocation, or for admission to any incorporated society (whether incorporated by Royal Charter or otherwise) [3]

The inclusion of 'or for admission to any incorporated society (whether incorporated by Royal Charter or otherwise)' was owed to an amendment requested by the then Faculty of Actuaries in Scotland. In the House of Lords debates of 31 July 1919, Hansard records that the Lord Chancellor said:

"This Amendment is put down to meet a point which has been taken by certain persons interested in this question in Edinburgh. It was pointed out, and I think justly, that the words of the Bill would not ensure the admission of women to certain incorporated professional societies, such as the Faculty of Actuaries and the Society of Accountants in Edinburgh. On behalf of the former society this Amendment was asked for. [] The words will of course, also allow the admission of women to similar English societies." [4]

The Faculty of Actuaries had already voted to admit women at its General Meeting of 23 June 1919, unanimously carrying the motion proposed by its president George Low FFA and seconded by William G Walton FFA. [5]

On 24 November 1919, at a Special General Meeting of the Institute of Actuaries in Staple Inn Hall, president Geoffrey Marks proposed the following resolution on behalf of the Council:

"That women be admitted to the Institute on the same conditions as men and that the masculine shall include the feminine in all the Regulations of the Institute."

Opening the motion, the president said that it "might be summed up in the words that it was in accordance with the spirit of the times." He also noted "the example of their sister institution, the Faculty of Actuaries in Scotland, which had already passed a resolution in terms similar to the one before the meeting." [6]

Samuel Warner, seconding the resolution, reflected on the fact that: "No profession, learned or otherwise, which during the past quarter of a century had, in obedience to that general feeling and movement, opened its doors to women, had so far as he knew, had any occasion to regret it." [6]

Alfred Henry then spoke on behalf of the Committee of the Students Society, reporting that: "As a Committee they did not oppose in any way the admission of women. As a matter of fact, in consonance with the attitude of most young people in the present days, they welcomed it." [6] The motion was carried unanimously. 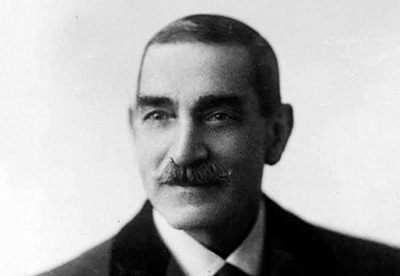 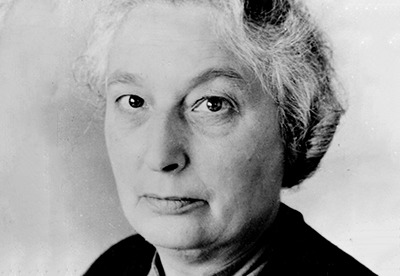 A.R. Davidson (1856), The history of the Faculty of Actuaries in Scotland, 1856-1956, page 104, reports that Dr James Watt FFA LLD had put forward the amendment to the wording for consideration.

At the Faculty of Actuaries' Annual Meeting of 23 June 1919, the motion for a new Faculty law 'To the intent that women may be admitted to the Faculty on the same conditions as men, in the foregoing rules, the masculine shall include the feminine' was carried unanimously.

The quoted remarks of Marks, Warner and Henry feature in this record of the meeting.

This article appeared in our October 2019 issue of The Actuary.
Click here to view this issue
Filed in
10
Topics
Professional
Careers
Diversity