Nick Salter, current Master of the Worshipful Company of Actuaries, explains what the WCA does- and why it's worth joining 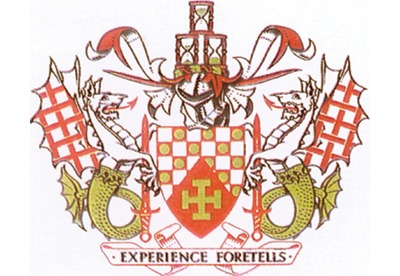 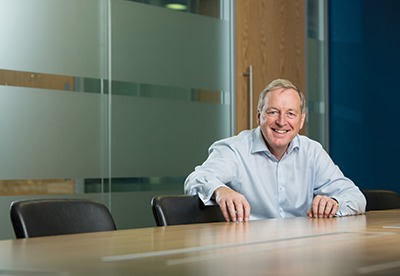 One of my missions this year as the Master of the Worshipful Company of Actuaries (WCA) is to tell all actuaries what the organisation is and does. Talking to people, it seems I have a mountain to climb! It is fair to say that very few have even heard of the WCA and its objectives, or know the benefits of being a member.

Livery companies were initially established to ensure the quality of the trade or profession they represented in the City of London; they would make certain that people were capable of doing the tasks they said they could do. Many trades have vanished from the City now, but some still have their historic roles. The Assay Office, based in Goldsmiths' Hall, just by St Paul's, still tests and hallmarks precious metals - as it has done for around 700 years.

The WCA has never had a regulatory role - that has always been the responsibility of our professional body. We work alongside the IFoA, with each organisation complementing the other. The WCA has multiple objectives, and different members join for different reasons. There are (at least) four good reasons to sign up.

The oldest City livery companies date back to the 13th century, but the WCA started in 1979. Livery company members are responsible for electing the Lord Mayor of London. We take part in the Lord Mayor's Show in November and support the Lord Mayor in their objectives for their year of office, both locally and worldwide. In recent years, for example, we have helped the Lord Mayor understand specific issues in advance of visits to India and China.

Each year we also organise a meeting between the Lord Mayor-elect and the president and the chief executive of the IFoA so that, when in office, the Lord Mayor has the knowledge they need about what actuaries do. Last year, the Lord Mayor's ambition was to rebuild trust in the City, and the Financial Services Group of Livery Companies (which includes the WCA) worked with him on this. Indeed, we got a special mention of thanks from the Lord Mayor when he finished his year of office.

The livery movement is philanthropic and raises money for charitable purposes - across the livery companies, some £70m was given out last year, of which the WCA gave £165,000.  While some companies' charitable giving is connected to schools and almshouses, the WCA focuses on making a difference in maths education and in supporting charities where an actuary has direct involvement.

We also have links with Edmonton Sea Cadets, which helps youngsters in that part of London find an interest and learn the value of discipline - it is wonderful to see the effort the cadets put in.

The WCA attracts actuaries from all areas of work in which we are involved - from those working in the traditional fields of life, pensions, investment and general insurance to those actuaries in 'general practice', who may not actually use their actuarial mathematics directly any more. We meet regularly - sometimes at formal dinners in the beautiful historic halls in the City, but also at social events - and it is a great opportunity to learn from each other's wide experiences and meet members of other companies.

We are currently working with the IFoA to put on a CPD event for those who work on their own and can't easily discuss the issues raised in the IFoA's professionalism programme. It will be fascinating to see how people with different lengths of experience or lines of work might consider the same issues.

This fourth reason is close to my heart: we interact with people from different backgrounds and professions in the livery movement and further afield. We take the opportunity to shout from the rooftops about what actuaries do and why every business should have one.

The WCA is not a formal dining club, and is not just for older or London-based actuaries - it is a force for good. Membership is open to actuaries who have qualified with any recognised actuarial body and share our objectives, and we want members from across the actuarial spectrum. To that end, we have introduced a new level of membership for actuaries seconded to the UK on a temporary basis, or overseas actuaries who visit the UK from time to time.

For more information, to see upcoming events, and for details about becoming a member, get in touch with the clerk ([email protected]) or visit www.actuariescompany.co.uk

This article appeared in our July 2019 issue of The Actuary.
Click here to view this issue
Filed in
07
Topics
Soft skills
Professional
Careers