The evolution of catastrophe

Where is catastrophe modelling going in the age of machine learning, constant data collection and the cloud? Shane Latchman investigates 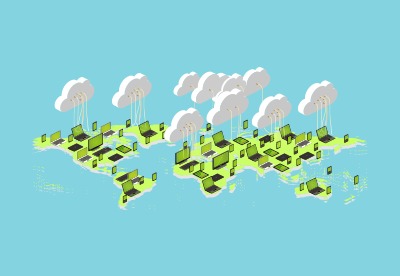 In 1987, the same year that U2 released With or Without You, catastrophe modelling (cat modelling) was born on the US East Coast. More than 30 years have passed since, and now it seems fair to ask, "Where is cat modelling headed?"

I mused about this from an IT point of view just a few years ago, at a conference where almost all of the 300 people responding to a live poll said they were uncomfortable with the cloud. Now, companies are increasingly adopting it, because it seems inevitable it will be needed to run ever more complex models and data in reasonable time.

A teacher writing a report card on European wind storm exposure data would probably note something along the lines of 'can do better'. European wind data often still lacks construction information, construction age, and secondary modifiers. Models have little incentive to support such functionality. However, there are commercial initiatives to create giant repositories for property data, with each structure assigned a unique building ID like a car's vehicle identification number.

Over time, this database could be populated with additional information that is invaluable for modelling and underwriting, such as construction, height and value. We could see a future in which building data is held in a blockchain and all parties can view it comprehensively and transparently. Of course, we'd need to agree what the scope of GDPR (General Data Protection Regulation) really is, and whether personal lines data can be circulated in the market with addresses and GPS coordinates - but this is the future we're talking about!

Work is also being done to train algorithms to mimic choices made by humans when cleansing data spreadsheets; this would increase automation of this process and create more time for model interpretation. It's fair to say that this application of machine learning or artificial intelligence isn't yet mainstream, but commercial companies and insurance entities are investigating the technology in the hope that it will become so. Nevertheless, I worry about the adoption of too much automation and the loss of our intuition. If we automate everything, we may lose touch with the sensitivity of our models to assumptions and, crucially, not know the right questions to ask when reviewing modelled output.

Catastrophic events such as the 2011 Tohoku earthquake and tsunami and 2012's Hurricane Sandy have led to large marine losses, and this line of business, which has been slower than property to use models, is increasingly being quantified. Any line of business with assets that change value (warehouses) or move (cars and cargo) has more uncertainty than fixed property. Perhaps telematics in the shipping industry - where type, amount and location of cargo are tracked with small sensors - will enable data to be sent for cat modelling and real-time event loss estimation?

Cat models have improved enormously in the three decades since they came into being. The innumerable enhancements include higher resolution numerical models for wind storms, more detailed digital terrain models for floods, and ground motion equations calculated using larger observed data sets for earthquakes. More perils, such as tsunamis, pandemics and cyber attacks, are modelled - and in more parts of the world. This trend will continue, with more countries and sub-perils being modelled. We envision models becoming more physically based and less statistically based - for example, hurricane track simulations governed by numerical models rather than, say, auto-correlated statistics, and teleconnection phases such as ENSO (El Niño Southern Oscillation) more explicitly modelled. Currently, activity in ocean basins is sometimes correlated in models, and when it is, this correlation is statistical rather than physical. In the future - but still likely some time away - we'll see all hydro-meteorological models being borne from a single numerical model where floods, thunderstorms, and tropical cyclones are naturally correlated across perils and basins.

The further ahead you try to look, the harder it becomes. But trends can be discerned - and one way or another, I think risk management will manage to become less risky.

This article appeared in our June 2019 issue of The Actuary.
Click here to view this issue
Filed in
06
Topics
Environment
Modelling/software
Technology
Data Science