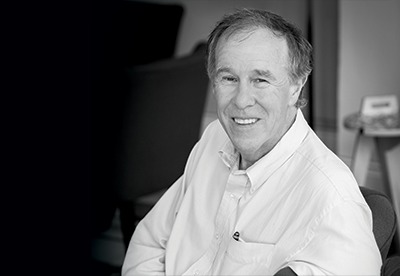 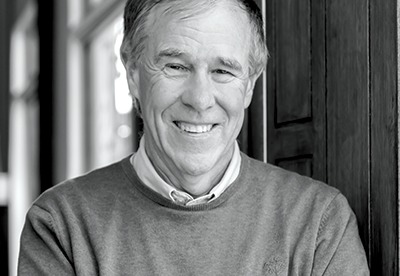 Professor Tim Noakes - scientist, emeritus professor, nutritionist, author, lobbyist, athlete and public speaker - has always challenged beliefs, and never been afraid to prove himself wrong. "Actuaries need to know that truth changes all the time," he says. "You can never do the final experiment. In biology, we never know the final truth.

"An experiment should disprove, not prove, a theory. It is easy to do an experiment to prove a hypothesis - this is confirmation bias. We all have a model of how the world works and we need to deconstruct that model. The problem is that people become committed to an idea and never question or challenge it."

Noakes' main achievement, he says, is challenging ideas. "When something is paradoxical I cannot ignore it. All great advances in science come from studying the paradoxes." He is now challenging what he calls 'the nutrition paradox', which he explains through his own experiences: "I was running marathons and eating a high-carbohydrate diet, but I still got Type 2 diabetes."

Noakes was known for promoting a high-carbohydrate diet for athletes until December 2010, when he started advocating a low-carbohydrate, high-fat diet after reading New Atkins for a New You by Dr Eric Westman, Dr Stephen Phinney and Dr Jeff Volek. He describes this as his 'Damascus experience'. "I read the book to prove Dr Robert Atkins wrong, but in just two hours I was convinced that a low-carbohydrate diet was the way to go. Eight weeks later, I was 11kg lighter and felt like a new person.

"I found 150 studies showing the benefits of low-carbohydrate diets. Those with insulin resistance benefit the most. More and more of the population are insulin resistant: "It is estimated that 88% of the US population is metabolically unhealthy, and most of that is insulin resistance, and it is probably about the same in the UK and South Africa."

Noakes believes that this 'nutrition paradox' is his most important work and will take the longest to be widely accepted. He describes coming up against resistance from peers, many of whom refuse to accept his findings. In April 2019, at the International Actuarial Association Colloquium in Cape Town, Noakes will be co-presenting on the reversal of diabetes.

"A low-carbohydrate diet was the only treatment for diabetes before insulin was available," he explains. Insulin was first used in the treatment of diabetes in 1922. "In 2007, an Eric Westman study showed evidence that a low-carb diet reversed diabetes, but the paper has been buried."

Tim Noakes' most recent book, Lore of Nutrition, puts forward the idea that cholesterol has essentially no value in predicting your future health (except if it's low, which he believes is a bad thing). According to him, diabetes is the killer, not cholesterol, and insulin resistance is a key health indicator that has been completely missed.

"The sugar industry paid the Harvard Medical School to incriminate fat and give sugar and carbohydrates a free pass in the 1950s," Noakes goes on, also stating that, in 1961, the vegetable oil industry got behind the American Heart Association and donated $1.5m to help promote the low-fat theory, because its products were recommended. Noakes states that anyone who questions the diet heart hypothesis is accused of killing patients, and that there is no evidence at all for this.

"Insulin resistance conflicts completely with the model. The way medicine is taught at medical school is that patients develop a disease which must be treated with a patented pharmacological agent, not a natural remedy such as diet change. The natural treatment for insulin resistance is a low-carbohydrate diet. You then cure all these different conditions that cannot be reversed by chemicals, since they are caused by what the patients are eating at every meal."

A diet on trial

This sort of thinking represents a new paradigm for chronic disease, and for morbidity and mortality markers. "For actuaries who include cholesterol as a key measure of morbidity, there is no evidence that it makes any difference."

Noakes recounts the story of Joseph Lister, a pioneer of antiseptic surgery in the 19th century. "Patients were dying of sepsis, but most of the medical profession accepted sepsis as normal. The consequence was that no one other than Lister tried to understand the biology of sepsis."

Lister's ideas about the transmission of infection and the use of antiseptics were widely criticised at the time, with no doctor willing to admit that they had let people die because they had failed to follow Lister's recommendations. "We have an obesity diabetes epidemic and we know what is causing it but no one acts - just as happened in Lister's day," says Noakes.

Noakes has paid a price for his unconventional beliefs, having been called before the Health Professions Council of South Africa after a complaint about his recommendations. "The trial started in June 2015, and over the next three years it involved 28 days in court. We put the low-carbohydrate diet on trial to prove there is no evidence that the diet is dangerous. In the end we won and set a legal precedent."

Going forward, no one can be charged with recommending a low-carbohydrate diet on the grounds that it is unconventional and unsafe. This legal precedent paves the way for a new model in clinical practice that could improve quality of life and longevity.

Noakes is currently working on a new book, provisionally entitled A Diet of Lies. "Until the lies are exposed, we can't really make progress. The biggest lie, and this is important for actuaries, is that medicines cure disease. Modern medicines don't cure common chronic diseases, they palliate. The way you cure disease is not to get them in the first place, by eating, exercising and sleeping properly. Your diet is what is killing you; every time you eat sugar and refined carbohydrates, you cause an immediate rise in blood glucose and insulin concentrations."

This article appeared in our April 2019 issue of The Actuary.
Click here to view this issue
Filed in:
04
Also filed in:
Interviews
Topics:
Health care