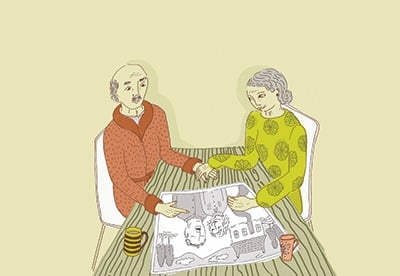 Actuaries have been involved for decades in assessing the defined benefit retirement promises of employer-sponsored retirement plans. But what about the future benefits promised by social security retirement schemes? Should these also be quantified, and the liabilities disclosed? If so, on what basis?

In recent years, the debate over whether and how these liabilities should be assessed has moved centre stage. And this isn't a purely technical debate - the discussions and outcomes have significant implications for the future of not only social security, but also other government commitments to its population.

State social security pension is, in almost all countries, a defined benefit pension promise and some reporting entities argue that approaches used to measure obligations of such plans - assessing the liability of accrued-to-date benefits - could be applied to social security systems. The rationale is that the promises made to the population regarding future benefits to be received from social security systems need to be quantified. Only then will a more realistic assessment of government finances and spending commitments over time, and between countries, be possible.

Why stop at pensions?

In theory, a process seeking to add information to decisions regarding provision and financing of benefits is important, but the methodology and approach need to be consistent with the structure of the system - and other public spending commitments and promises. It could be argued that it is not only social security where governments commit to provide future benefits and services. For example, education provided to current and future school-age children, social housing, and provision of other services such as public safety and defence could therefore be valued using the same approach; at least to age 18, the argument could be made that the future cost of education could also be discounted and added to government balance sheets.

This leads on to the other key issue regarding such promises: whether these commitments are in some way legally binding, and who is responsible for fulfilling these promises. Employees' rights in supplementary employer-provided schemes are often protected by law, so reneging on accrued rights is difficult or impossible. Typically, an employer is legally considered responsible for the financing of such defined benefit promises. On the other hand, social security systems are diverse in terms of who is responsible for financing and are often able to make changes to benefit structures that may directly reduce the value of accrued rights such as a change in retirement age applying to all benefits.

The focus of the debate has centred on assessing the liabilities, but what about the assets -  are the assets of a purely pay-as-you-go scheme truly zero?

In general, the rights for social security benefits are earned through the payment of social security contributions or taxes. If past contributions were in excess of benefits paid out, this excess may have been accumulated in a social security reserve fund or used for other spending commitments including infrastructure assets such as housing, hospitals and transport networks, which increase the productive capacity of the economy and could be considered public assets.

The question of what can be considered as accrued assets of a social security scheme, and how they can be valued, is therefore important.

The assessment of the long-term financial sustainability of a social security scheme should therefore be based on a forward-looking approach - that is, future cashflow projections that reflect expenditures and revenues with respect to both current and future participants.

Of course, the underlying key question is whether a system is financially sustainable in the long term. Quantifying liabilities allows us to assess sustainability, intergenerational equity, intragenerational equity, adequacy of benefits as well as how future changes to the economic and demographic environment will affect systems. Such an exercise may be useful if the method used and the reporting is appropriate.

The nature of reporting and disclosure of the liabilities of social security schemes is also critical and needs to be clear, accurate and understandable to avoid figures being misunderstood or used inappropriately. If not, a misleading picture of the financial sustainability of social security retirement schemes may arise, potentially leading to inappropriate policy decisions.

We need to report different measures in a meaningful way so notions of 'fiscal' and 'financial' sustainability are not confused, and a clear and meaningful message is delivered.

The actuarial profession plays a central role in the financial evaluation of social security systems. The debate regarding the methods and assumptions to use in such an exercise is not just of interest to actuaries, but also to those who use their work andwhose policy and financing decisions are based on it.

As is often the case with actuarial issues, what appears on the surface to be a rather technical debate has a much wider impact in practice. The actuary has a double role: a technical one, ensuring that calculations are based on appropriate methods and assumptions and that reporting is clear; and a public interest one, to have our voice heard as experts in the area and in supporting the broader interests of society.

A special 'actuarial' issue of the International Social Security Review, published in October 2018 and entitled Actuarial and financial reporting of social security obligations, responds to the growing interest and activity in the assessment and reporting of liabilities of social security retirement systems. The issue's six articles offer detailed and different viewpoints from experts across different actuarial and other professional bodies, international organisations, and among national social security schemes on the approaches and issues to consider. The articles present guidance on the importance of the role of the actuarial profession in choosing the most appropriate approach to assess benefit promises. In this respect, different country approaches highlight the role of actuaries in already contributing to the reporting of the financial situation of their social security systems. For example, it highlights the comprehensive disclosures approach adopted for the purpose of the Canada Pension Plan annual reports and the Public Accounts of Canada. Another article looks at the challenges of disclosing relevant figures in the EU - not only what approach to take but even the definition of what constitutes social security in the different countries of the union.

Social security acts as a strong and vital component of society, and also of a country's economy, by attenuating inequality and developing human capital. To ensure the sustainability and adequacy of social security systems, the actuarial profession has a responsibility to act in the public interest - and its voice should be heard. There is a need to consider actuarial input and judgment in choosing the most appropriate approach to assess benefit promises, both in the methodology used and the assumptions underlying the calculations.

Policymakers, governments and other stakeholders should take an approach to assessing the financial obligations of social security retirement systems that is consistent across systems and with other public spending, and which does not encourage or promote a particular financing approach.

Simon Brimblecombe FIA works at the International Social Security Association in Geneva. The views expressed in this article are his own

This article appeared in our February 2019 issue of The Actuary.
Click here to view this issue
Filed in:
02
Topics:
Regulation Standards