Reform of the Zinszusatzreserve in Germany is giving a stressed industry the space to recover, says Bernd Heistermann. 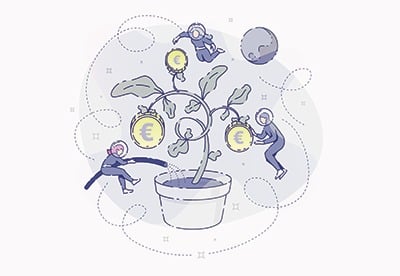 German life insurers can catch their breath: just in time before annual reporting is due, the German Ministry of Finance has relaxed the rules for the additional interest reserve, or Zinszusatzreserve (ZZR), in life insurance.

The old formula - too much of a good thing

Since its introduction in 2011, the ZZR has reached around 60bn. That is approximately 7.2% of the total actuarial reserve for products with guaranteed interest rates.

According to BaFin, the German Federal Financial Supervisory Authority, in 2018 the life insurance industry would have to grow the Additional Interest Reserve by 5bn (instead of 20bn with the former regulation). This means an additional reserve just north of 0.54% instead of 2.2% of investment assets. From these ratios it becomes clear that the German life insurance and pension market is feeling a great sense of relief.

The reduction in the reserving requirements will likely slow down the adjustment process to the low interest rates environment. However, supervisors, companies and consumer protectors have not opposed this reform, as the average interest rate applied on reserving for guaranteed products already decreased from 3.5% in 2007 to around 2% today. On the other hand, the net investment income (including capital gains) of life insurers added up to 4.5% of assets at book value. Even without realisation of valuation reserves, net investment income was 3.5% of assets at book value, therefore the new method is deemed to be 'prudent' enough to guarantee the promised benefits.

Nevertheless, for some Pensionskassen (special German pension funds, similar to life insurance companies) the reform may have come too late. In December 2018, three Pensionskassen with combined assets of about 1.9bn were announced to have failed the solvency requirements and had to consider cutting benefits for the existing customers. BaFin has already closed two of them to new business. One third of the 137 Pensionskassen are considered to be weak and in need of additional capital to finance additional reserves.

With lower reserving requirements, life insurers will no longer have to realise gains from selling bonds purchased at high yields to finance the ZZR (Figure 1  figures from BaFin and Assekurata sources). This will help stabilise yields and retain a cushion for when interest rates rise. Although a rapid rise in interest rates is not in sight, it cannot be ruled out. This could have a considerable impact on lapse rates, with associated consequences for the investment returns.

Customers expect higher shared surpluses again after the reform, but they will probably be disappointed. Even if less additional reserving is required, the funds saved may not flow back to customers immediately but will stay some time in the free "reserve for profit participation" in order to stabilise insurers earnings and solvency ratios. 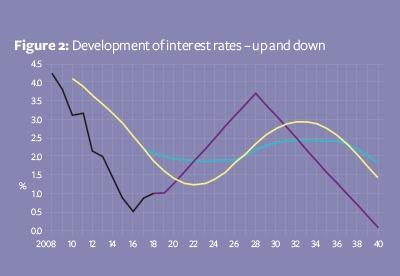 The future of run-off

The pressure on management to get rid of old portfolios with interest rate guarantees, which are unattractive to shareholders, will be somewhat reduced. As a result, the run-off business will probably develop at a slower pace than in the last two years. The case for external run-off - the sale of the business to an investor - will therefore probably be less reliant on the ZZR requirements than on other reasons, such as high capital requirements from Solvency II for guaranteed business, increasingly complex management of portfolios due to regulation and subsequent pressure on technology departments to facilitate compliance. Furthermore, start-ups may be able to benefit from opportunities that digitisation provides, without having to deal with legacy burdens. Some established companies may therefore be led into the temptation to try a fresh start without old portfolios and IT systems. The regulatory reform won't remove those issues; hence, some life insurers will continue to pursue these run-off strategies.

However, the issue is viewed critically by customers, regulators and other stakeholders. The last major run-off announcements by Generali and Ergo have been controversial: Munich Re initially wanted to sell its life insurance companies Ergo and Victoria Leben (seventh and 18th in the market in 2017 assets under management) but then withdrew, and are now running off the portfolios in house. Generali, on the other hand, is selling its subsidiary Generali Leben (fourth in the market in 2017) to the Viridium Group (Hannover Re and Cinven).

Clients and consumer protectors fear that policyholders in run-off companies will be disadvantaged. The regulator has taken a neutral stance, emphasising that run-off is a legitimate option for the insurer and that every run-off company must observe the same rules as other market participants.

In this respect, as the reform of the additional interest reserve helps stabilise life insurers' financial position, politics, regulators, consumers and the financial press should focus towards the positive consequences of a healthy run-off for policyholders: namely, the increase in administration efficiency and, in particular, the reduction of selling costs, which should benefit customers. Nevertheless, this is yet to be proven by the two main players in the German run-off market, the Viridium Group and the Frankfurt Life Group.

To ease the burden on the ZZR, the German regulator expects the industry to be more willing to compromise on the heated debate on capping life insurance distribution costs. This issue will be decided in spring 2019, and for the time being, it looks as if the industry will have to adjust to a sharp cap, or even a full ban, on one-off commissions. This would be a dramatic step for life insurers in Germany, as one-off commissions have traditionally always been the predominant way to grow business for the industry. Looking on the development of the business in the last years (see Figure 2, figures from GDV), it becomes clear that the industry faces significant challenges, although there is an increasing need for private old age provision due to the demographic change. The low interest rate environment may be an important reason, but high costs, poor performance compared with the equity markets and missing innovation may also be a relevant reason.


In summary, ZZR reform provides the urgently needed breathing space for the life insurance industry, but it does not solve other problems: product re-positioning and development, cost reductions, the digitalisation of customer and sales processes, and the improvement of the industry's battered image  are still on the agenda.

This article appeared in our February 2019 issue of The Actuary.
Click here to view this issue
Filed in
02
Topics
Global