In a hyperconnected world, we all need to be vigilant against new forms of crime, says Jason Whalley. 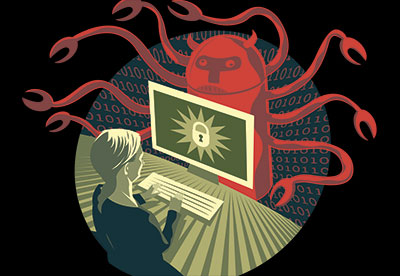 In September 2018, a US judge approved voting machines for use in midterm elections - despite having grave concerns. The security of voting machines has long been called into question and, consequently, so have their results.

The controversy surrounding voting machines coincides with an increase in online bots infiltrating social media with a view to influencing political opinions. Social media platforms have taken measures to remove these bots; in the first quarter of 2018 alone, Facebook removed almost 600m fake accounts. In an age of information overload, dishonest accusations can have seriously damaging consequences, and many politicians have noted the need to find a solution.

Fake accounts spread fake news, but who is to judge which news is misleading or wholly false? Qualified opinions form an important part of society, especially in complicated situations where quantitative data does not present any obvious answers. Governments around the globe are struggling to tread the line between protection and surveillance.

Many people have concerns around the increase of recording technology present in households: microphones, webcams and smart assistants such as Alexa, Cortana or Siri. These systems are frequently perceived as invasive and a threat to individual privacy, The devil's advocate might ask: who has the time to sift through limitless data, and why would they want to? However, people's own data is important to them, and the 'why' does not always need to matter where security is concerned.

The European Parliament recognised that individuals need more power over their data; and General Data Protection Regulation was introduced to the EU earlier this year to promote responsible use of data.

While the vast majority of us have a legitimate need to protect our data, a minority could jeopardise the safety and security of others if left unchecked. Some governments are seeking to override encryption in an attempt to counter terrorism. Such circumventions could be used to allow unrestricted access to personal data stored on laptops, phones and other electronic devices.

Tim Cook boldly defied the US government, stating that Apple would not build a "back door" into iPhone software. Other tech companies followed suit, citing the vulnerabilities that a back door would allow hackers to exploit.

A little over a year ago, the UK's NHS was hit by one of the largest cyber attacks in history. Ransomware infected and crippled hospitals throughout the UK, preventing critical processes from functioning properly and putting lives at risk. It was an uncomfortable awakening - and the potential loss of life almost trivialises the illegitimate data access.

On a separate occasion, pacemaker implants needed to be recalled when hacking vulnerabilities were revealed. Though no one was harmed in this instance, it highlights how important it is for manufacturers to keep security protocols in such devices up to date.

Protection against cyber risk is becoming more and more essential to consumers and corporations alike. In the actuarial world, pension scheme trustees are being urged to manage cyber risk, administrators are having to adhere to new data protection regulation and insurers are searching to find new and innovative solutions for consumers. Ultimately, there are no perfect solutions to online threats, but raised awareness is sure to play a key role in reducing cyber crime.

This article appeared in our November 2018 issue of The Actuary.
Click here to view this issue
Filed in
11
Topics
Risk & ERM
Technology
Global