Kate Smith highlights the gap in pension savings between women and men, and examines the reasons behind it. 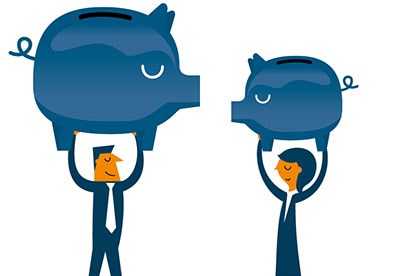 While the number of men in senior roles remains disproportionate, there is evidence that the gender pay gap has narrowed during the past two decades. However, the pension savings gap is a concern; lower pay means lower pension contributions and ultimately less retirement income. Many women are failing to plan adequately for their retirement, which is extremely worrying as they tend to live longer than men (on average by 2.4 years when retiring at age 65) - if anything, they need to build up a larger pension pot to cover their later-life financial needs.

Figures from the Department for Work and Pensions show the income of single women currently in retirement is, on average, £27 per week lower than for single men. The disparity is even greater for the over 75s, where the retirement income gap is £42 per week.

Research carried out by Aegon shows that women are more likely than men to have no pension arrangements in place; 15% of women, compared to 11% of men, are failing to pay into a pension plan of any kind. Significantly more men (15%) than women (4%) have saved more than £300,000 in pension savings - the amount that someone on average earnings is estimated to need to maintain their current lifestyle in retirement. Projections from the Office for National Statistics show that a man currently aged between 25-34, and putting money into a pension in line with the government's automatic-enrolment contributions, is expected to have a pension pot of £142,836 at age 68, compared with £126,784 for a woman in the same age bracket.

Aegon research backs this up: 13% of men (compared with 6% of women) are very confident that they will have ample funds for retirement. This issue is deep rooted and goes beyond the fact that women simply aren't saving as much as men. There are also behavioural reasons; for example, 33% of women admit that they are unsure of the exact amount they have saved in a pension, compared to 20% of men, and women are less likely to have recently or ever estimated their income needs for retirement. As many as 23% of women aged 55-64 and 22% of those aged 65+ have never estimated income needs for retirement.

The reasons for the pension savings gender gap are varied but mirror those of the gender pay gap. A woman's career is often interrupted by unavoidable breaks, such as raising a family or caring for elderly parents. The good news is that caring responsibilities are recognised by the UK government, with eligible carers receiving national insurance credits to build up entitlement to State Pension.

However, women's ability to save into private pensions is severely limited if they are not earning, and under UK tax rules cannot exceed £3,600 in such circumstances. Women can be disproportionately excluded from automatic enrolment if they earn below £10,000. Government data in 2016 showed that 31% of eligible female workers earned less than £10,000 a year. Women are also more likely than men to have multiple jobs, earning less than £10,000 a year in each job but with combined earnings above the threshold.

Some of the problems of inadequate pension savings are common to men and women. Those in their twenties or early in their career can often prioritise seemingly more urgent financial needs and concerns, such as saving for property, over saving for retirement. Many people are failing to engage and take responsibility for their pension savings, often seeing it as being too complicated.

Women often end up playing catch-up with their pension saving for the reasons outlined above. Ultimately, government and industry must work together to encourage greater awareness of the benefits of pension engagement among women.

Kate Smith is head of pensions at Aegon

This article appeared in our November 2018 issue of The Actuary.
Click here to view this issue
Filed in
11
Topics
Risk & ERM