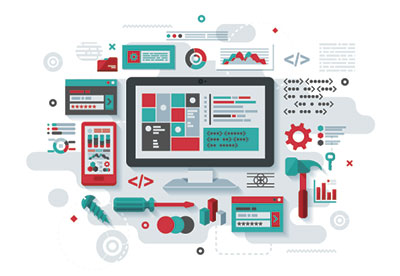 Capital modellers are under increasing pressure to deliver more output to management and regulators while minimising cost and resources. And the results have to be correct, with no mistakes! Now that Solvency II reporting has been in process for several years, management is seeking to get more information out of the modelling investment. Plus, new regulations keep coming - such as the IFRS 17 accounting change, which will impact both actuarial and capital modelling outputs.

To make the most of models, capital modellers can borrow a few tricks from software developers. Software development has gone through the sometimes-painful process of creating software engineering techniques, and there is much that actuaries can use. In particular, a collection of techniques called 'agile' has helped software development immensely by making software adaptable to changing user requirements while maintaining quality. Here, we look at a few of the ways software tools such as ReMetrica Ultimate Edition are putting these techniques into practice and helping actuaries to build on their existing sophisticated systems.

Rather than develop a complete model that does everything, it often makes sense to build models incrementally, with useful outputs and value provided to management at each stage. The incremental stages can be 'top down', with more detail progressively added, or 'bottom up', starting with key risks and then building out to a complete capital model. Many companies start with an insurance risk model with placeholders for other risks, and gradually build out the model to encompass all risks to the desired level of detail. This 'agile' approach ensures that models don't get unnecessarily complicated. Here, sophisticated version control of the models and the corresponding data helps manage the iteration process.

Modellers have a central repository containing the whole model and edit just their portion, loading it back into the central repository when the changes are complete and tested. This has been a standard feature of software development for many years, but uptake within capital modelling has been slow. Underlying the central repository is a version control system, which keeps track of every model change made by every team member. Users can check the differences between any version or variation of the core models. This is particularly important in cases where a senior actuary has to sign off changes made by others in the team. Efficient team working and change control can significantly improve this part of the process. For Tokio Marine Holdings, the team collaboration feature of Ultimate Edition is particularly attractive as it enables many subsidiaries to work together with Holdings' risk management.

One of the most basic and critical advances in software engineering has been the approach to testing. This is sometimes called continuous testing or test-driven development. Each element of the software has its own built-in test suite, often part of the specification, which is run each time someone completes a module of work. Similarly, a key piece of capital model development is a suite of built-in tests to check the sub-model or component is working properly. In ReMetrica, for example, automation workflows can be set up to swap in test parameters for each module. This is test-driven development. Capital modellers are often good at testing a model manually, but setting up 'regression tests', which can be run automatically and continuously, is not so prevalent.

Some capital modelling tools are just programming tools, but some systems, such as ReMetrica, enable the user to work at a higher level of abstraction without getting buried in the code. These techniques apply whichever system is being used.

We are seeing capital modelling emerge as a core actuarial activity - forming a third pillar alongside pricing and reserving. Software platforms are progressing to support this development and, of course, any techniques that we can borrow to make our lives easier are very welcome.

Paul Maitland is head of Risk Software at Aon

This article appeared in our November 2018 issue of The Actuary.
Click here to view this issue
Filed in
11
Topics
General Insurance