Hetal Patel, Cyprian Njamma and the IFoA working party on LIBOR reform discuss the process and implications of transitioning away from the scandal-hit benchmark rate. 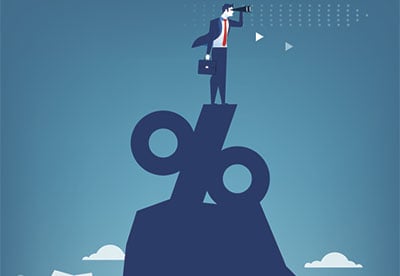 In 1969, an $80m syndicated loan led by Manufacturers Hanover was made to the cash-strapped Shah of Iran at a variable interest rate pegged to the lenders' weighted average funding cost. This event marked the birth of LIBOR, an interest rate that, over time, would become ubiquitous in the modern financial system. Today, LIBOR is used to determine interest payments and settlements on hundreds of trillions of dollars in notional derivatives, loans and other financial products globally. LIBOR is also a performance benchmark for certain collective funds, and a discount measure to value trillions in insurance liabilities.

When Andrew Bailey, chief executive of the FCA, announced in his July 2017 speech that the FCA would neither encourage nor compel panel banks to contribute to LIBOR quotes beyond 2021, it was clear that the benchmark's days were numbered. However, the ongoing viability of LIBOR has been under question for some time, starting with the stigma of the interest rate-rigging scandal and continuing through to the more recent and significant drying up of the interbank funding market, which LIBOR rates are meant to reflect. Arguably, the panel banks that contribute to LIBOR are increasingly basing their quotes on judgment rather than transaction evidence and becoming reluctant to submit rates.

In 2017, following the recommendations of the Financial Stability Board to reform interest rate benchmarks, a working group constituted by the Bank of England to lead this process declared Sterling Overnight Index Average (SONIA) to be its preferred alternative risk-free rate. This provided the market with an alternative to focus on. Similar alternative risk-free rates are being identified by the four other currency regions (the US, the Eurozone, Japan and Switzerland) where 'IBOR' rates are published and led by the regions' respective central banks. In the UK, where there is significant reliance on LIBOR throughout the financial industry, the Bank of England has introduced two changes to the working group. Its membership was broadened in order to make it more inclusive of the different sectors that use LIBOR, and its goals were redefined - it was tasked with bringing about a broad-based transition away from the use of LIBOR to mitigate against potential cliff-edge risks.

We believe this transition to be broad and far-reaching, with significant encouragement from the 'official' sector. Actuaries will likely be affected in three practice areas: pensions, insurance, and risk and investment.

Interest rate and inflation swaps play a significant role in a pension scheme's Liability Driven Investing (LDI) approach. Those instruments are key for risk management, as they are used to hedge changes in the present value of future member cashflows. Until recently, the majority of swap contracts written were referenced to LIBOR; any interruption to the interest rate, therefore, could cause significant disruption to the industry.

What happens to these contracts in the absence of published LIBOR rates? International Swaps and Derivatives Association (ISDA) contracts - under which these swaps have been transacted - aren't currently designed to address this situation robustly, except for temporary disruptions. With the permanent discontinuance of LIBOR likely beyond 2021, ISDA has started the process of carrying out an industry-wide consultation on how to update the 2006 ISDA definitions and define a robust 'fall-back' based on SONIA. An initial consultation closes on 12 October, and ISDA has indicated that it will carry out a further consultation once it has identified a preferred approach.

The amendment to the 2006 ISDA definitions is expected to address what constitutes a trigger to adopt the fall-back rate, the spread and term adjustment that will apply to SONIA for it to substitute LIBOR and how the floating rate will be referenced (for example in arrears). New LIBOR swaps, written after the updated definitions become effective, will automatically capture the new protocols. However, both counterparties to existing LIBOR swaps would voluntarily have to adopt them in order for them to apply, leaving room for uncertainty.

There are risks associated with relying on fall-back methodology - in particular, LIBOR swaps would become some form of quasi-SONIA swap, but on terms unknown today. One way to manage this basis risk is to switch from LIBOR swaps into alternative SONIA-referenced swaps at current market rates. This is not a straightforward decision, though. Liquidity in SONIA-referenced swaps is improving but is not at the same level as LIBOR swaps, particularly at the longer-dated tenors. Furthermore, it can mean moving to a less attractive hedging instrument - currently, the fixed coupon received on a SONIA swap yields considerably less than the fixed coupon on an equivalent maturity LIBOR swap. This is likely to reduce a pension fund's overall annual income from its swap portfolio, even allowing for a likely lower floating payment. To add to the uncertainty, this basis can and does vary over time.

In the meantime, we see some LDI providers proactively encouraging pension scheme clients to migrate legacy LIBOR positions to SONIA swaps, rather than passively accepting the fall-back discussed above. Others believe that there will be more attractive market levels in which to make the switch, or even consider holding on to LIBOR-based swaps as potentially more attractive if it is felt that the fall-back mechanism will fix a spread above SONIA that is lower than current market basis level. Some pension schemes are switching out of swaps altogether in favour of bonds (for example, 'repo' funded gilts). 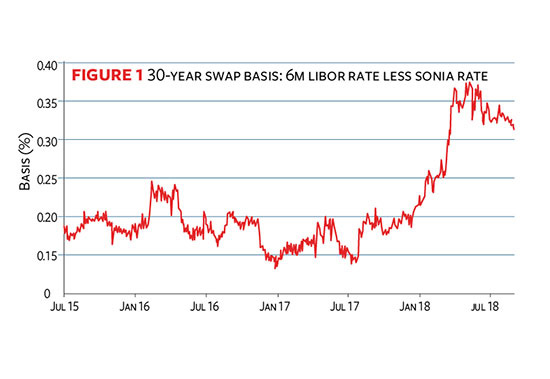 Insurance companies that hold derivatives face the same challenges described above for pension funds. This is particularly true of insurers' annuity books. However, a more systemic matter for insurers will be the potential impact on the discount rate. Under SII regulations, insurance liabilities are discounted using a risk-free rate, starting with a LIBOR yield curve and adjusting with a 'credit risk adjustment' with respect to inherent counterparty risk. The regulatory discount basis, as well as published rates, are set directly by the European Insurance and Occupational Pension Authority (EIOPA).

To date, there has been no direction on how the regulatory discount rate might evolve in a potential post-LIBOR world. Moreover, for UK insurers, the backdrop of Brexit provides additional uncertainty on how the discount rate will be set. A change in the discount rate could affect the value of the liabilities, which might require insurers to recalibrate hedges. At this point in time, insurance actuaries in general are awaiting direction from policymakers before determining what action they will need to take to value and hedge insurance balance sheets.

Aside from derivatives, there are other investment products where the return or income is pegged to LIBOR. This includes money market instruments, floating rate notes and securitised instruments, among others. LIBOR isn't a particularly crucial rate for any of these products but may have been convenient in the past as it could easily map back to the funding cost of the issuer. In theory, the LIBOR reference could be translated into an adjusted SONIA rate. However, a broad move to SONIA-referenced asset products still presents multiple challenges:

There is also a separate class of collective investment vehicles that reference LIBOR as a performance benchmark. As these products reference LIBOR by convention, and the benchmark generally does not affect how the managers invest, we expect that switching to SONIA benchmarks should be straightforward. However, one exception could be in performance-based fee structures where outperformance references LIBOR as a benchmark index. Here, the manager and the investor would have to mutually agree on a substitution basis.

Overall, we expect the migration to SONIA-based investment products to be gradual, with momentum gathering as investors and issuers form consensus.

The journey to reforming short-term interest rates began many years ago and may not complete until well beyond 2021. It is clear that the transition brings considerable uncertainty. To manage this successfully, we believe that early engagement is vital. Poor planning could result in significant financial losses, whereas active preparation could make the change almost a non-issue.

The IFoA working party on LIBOR reform will monitor the results of the consultations currently taking place to assess the impact of the chosen approaches and identify the impact on the actuarial profession.

The members of the IFoA working party on LIBOR reform are:

This article appeared in our October 2018 issue of The Actuary.
Click here to view this issue
Filed in
10
Topics
General Insurance